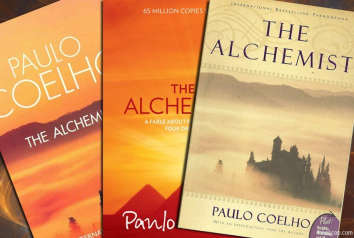 The alchemist is a self-discovery fiction book written by Paulo Coelho published in 1988. Originally it was written in Portugese, it has been translated into 70 languages, as of 2017. It has been on the New York Times Best seller list for 5 years straight. This book has sold over 65 million copies. It is also listed under Wikipedia’s list of best selling books.