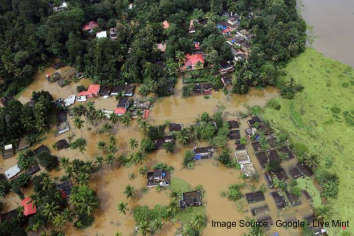 The aim of creating this blog is to provide a common platform to share helpline information, to help people in Kerala.

Goods and Services Tax (GST) is an indirect tax that has been levied on goods as well as services from July 1, 2017. It is the biggest tax reform since independence and one of the key aspects which have caught the eye of the Indian economy. The government has categorized 1211 items under various tax slabs. According to some prior estimates, GST is supposed to boost the GDP (Gross Domestic Product). &nbsp; &nbsp; &nbsp; The items needed on a day to day basis like fruits and vegetables, printed books, newspapers, eggs, milk, fish, chicken, curd etc have been imposed 0% tax and services such as transportation, small restaurants, packaged food items, tea, coffee, apparel below Rs. 1000, footwear below Rs.500, kerosene etc have been charged 5% tax.&nbsp; &nbsp; &nbsp; &nbsp; 12% tax is charged on goods like butter, ghee, cheese, agarbatti, cell phones etc and services such as non AC hotels, state-run lotteries etc. Most of the items come under the fourth tax slab of 18% tax, such as refined sugar, biscuits, jams, sauces, mineral water, ice cream etc. and services like AC hotels, room tariffs between Rs. 2500 and Rs.7500, IT services etc. 28% tax is imposed on most of the cosmetics, aerated water, paint, ATM, washing machines, automobiles, aircraft, cinemas and room tariffs above Rs. 7500.Mixed Reactions to the new tax regime:&nbsp; &nbsp; &nbsp; &nbsp; &nbsp;Celebrations and protests emerged across India. BJP members burnt firecrackers in Jaipur to welcome GST. At the same time, people burn an effigy during a protest in Birbhum district in West Bengal.&nbsp; &nbsp; &nbsp; &nbsp; Reacting harshly to the GST launch, former Minister P Chidambaran said that micro; small and medium scale traders will suffer huge losses due to GST. On the other hand, the rollout of GST gathered huge and interest and response from Indian Inc.&nbsp; &nbsp; &nbsp; Top industry and business leaders see it as a positive move in terms of infrastructure, trained manpower and short term inflationary pressures. In an interview with Business Standard, Mr Narayana Murthy hoped that GST would simplify trade, boost the economy and generate jobs.&nbsp; &nbsp; &nbsp; &nbsp;Indian textile traders hold placards as they walked past closed shops during a protest against GST on textiles. Most of the shops were shut across Kashmir on 1st July to protest against GST in the state, prompting authorities to impose restrictions on the assembly of people in parts of Srinagar as a precautionary measure.&nbsp; &nbsp; &nbsp; However, every change in society has good and bad effects on its people. Let&rsquo;s see what GST has kept in store for us!&nbsp; 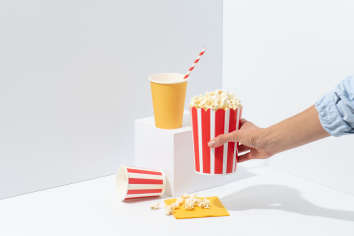 Best Online Strategies to Get More Customers for your Popcorn Business

Content marketing, social media marketing, paid campaigns, and the search engine optimization are some of the many ways to promote the business of pop