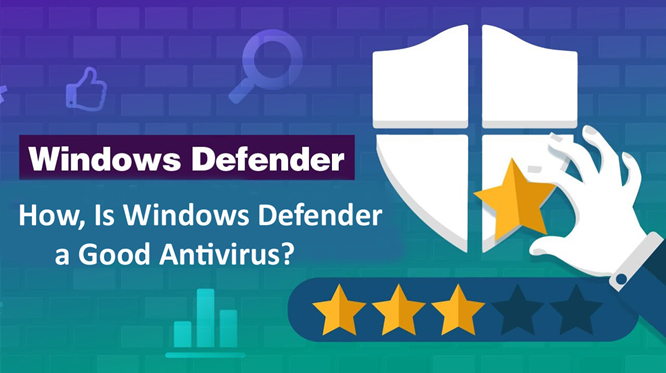 In February 2020, various tests showed a substantial improvement over the April 2018 results. For a long time, Window Defender scored at the bottom of most antivirus tests but compared to its previous version, now the Windows Defender has put some serious steps in the right direction.

With various props such as constant free updates, low system impact, full support by Microsoft, and decent protection; Window Defender received 6 points in protection and 5.5 in both Performance and Usability.

It automatically installs with the system and protects it 24*7, until and unless the user downloads any other third-party software. Also, with a zero percent compromise rate, a 99.1% blocking rate, and 106 positives, Windows Defender looks more than decent.

However, it might lack some key features that other products have; still, Windows Defender Antivirus in Windows 10 good enough.