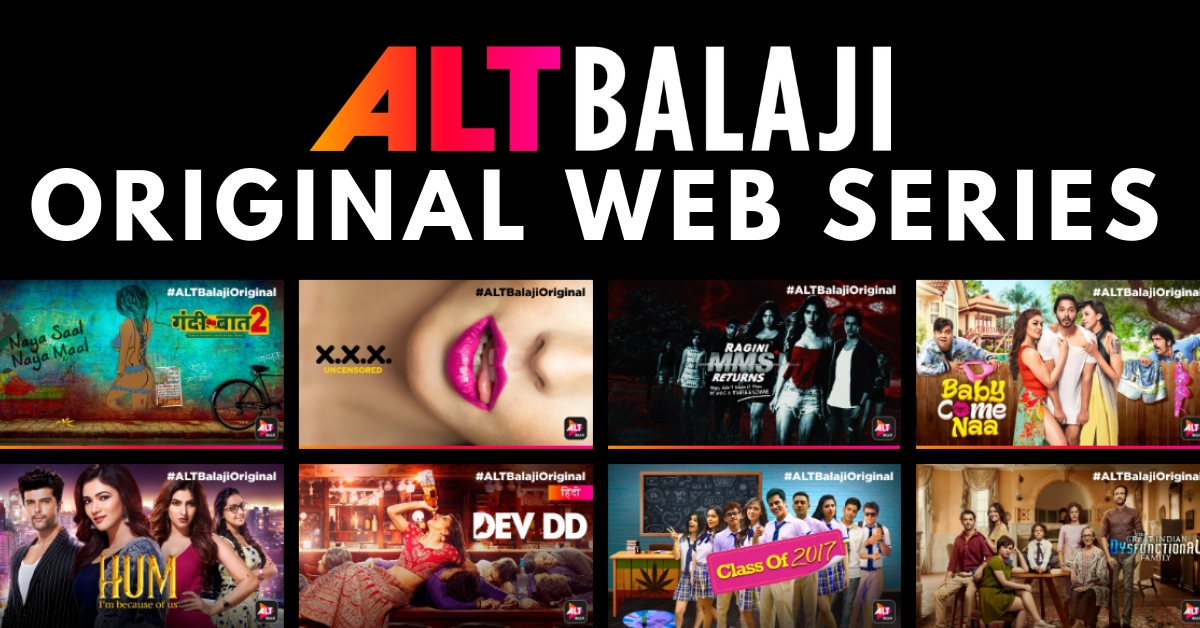 While TV serials are gaining huge applaud for their storylines, there are many OTT channels in India like Alt Balaji, who have earned considerable fanships in the last few years. The platform is owned by the Ekta Kapoor and has been running some of the best web series. Here we have compiled some of the latest Alt Balaji web series that one van binge-watch on weekends.

Directed by the famous director, Siddharth Sen Gupta, Apharan is one of the top-rated web series of Alt Balaji that one should not miss. Starring the handsome hunk Arunoday Singh, the story of the web series revolves around a kidnapping. This is a crime and action thriller that won't let you get bored even for the once. Do watch this web series on the upcoming weekend, if you have not watched it yet.

Pulkit directs historical drama. The story of the web series features around Indian hero- Netaji Subhash Chandra Bose. The movie is a genuine depiction of Bose's life, his challenges, and his ordeals. Besides the gripping story, the web series has Raj Kumar Rao in the lead. As usual, he is a delight to watch, even on the small screen. You can binge-watch the series with your friends and family.

Next in the list of latest web series is Cyber Squad. Though the web series was released in the year 2017, it is available at Alt Balaji. The story is about four friends. The group of four friends makes a cyber-squad in order to help criminals to continue cybercrime. This is one of the must-watch web series and retreat for Hollywood fans.

This web series might have taken the inspiration from the Bollywood movie with the same name. However, they do not have anything familiar. In this web series, the role of the Devdas is played by the female. The story is narrated through the female point of view. This is more of modern Dev Das, which has lots of liqueur use and modern concept. The web series is available at Alt Balaji. In order to binge-watch the series, you would have to take the subscription. While taking the subscription, you can make use of Alt Balaji coupon code to save on a monthly or yearly subscription.

This web series is a thriller that revolves around a murder mystery. The main protagonist of the web series is Jenifer Winget- who plays the role of the army officer. The story has so many twists that, for once, you would not leave your place. You will be hooked to the story and want to know what happens next until the end of the series, in order to find out whether this is successful in finding the truth tune in to ALT Balaji.

Whether you are Sunny Leone fan or not, you would love this web series. It has a new story that is based on hunting at one of the abounded places. Yes, the movie has horror elements that have spice up the storyline beautifully. If you like horror movies, you know what you need to watch next. The web series is streaming on Alt Balaji. Without giving you the spoiler of the web series, the series is not inspired by the movie with the same name.

Next in the latest Alt Balaji web series that one must binge-watch is Dil Hi Toh Hai. The story has romance genre and stars Karan Kundrra along with the beautiful actress- Yogita Bihani. Palak finds Ritwik Noon characterless men and plans never to be friends with him. However, destiny has other plans, and they both fall in love with each other. But unfortunately, the story does not end here. It has much more that includes separation, confusion, and lots more.

Starring the well-known couple Ram Kapoor and Sakshi Tanwar, Karrle Tu Bhi Mohabbat is one of the best web -series. Karan is on his detox trip with tipsy. The series garnered a massive fan, which is why it has so many seasons. Each season has a different story to tell. Like Always, both-Ram and Sakshi are a delight to watch. If you have not watched the TV series, do start from the very first season to know the history.

Another web series that is perfect to binge watch is Baarish. The story is about two individuals who are in complete contrast with each other. While the other belongs to do family of jewelers well, the one is an employee in one of their jewelry shops. Their destiny brings them together. The series has love, separation, and every possible element that makes it one of the highly watch web series on Alt Balaji.

The web series is youth-based, and the story is about teenagers who familiar with health problems like peer pressure and anxiety. The students are taught to balance their life seamlessly so that they become mature adults. The show's stunning cast includes Isha Chawla, Rohan Mehra, Mazhar Khan, Alam Khan, and many other popular actors. The web series has been directed by Aarambhh M Singh and is the sequel of the class of 2017. The web series is available on Alt Balaji mobile app.

Alt Balaji is one of the popular OTT channels in India backed by the soap queen Ekta Kapoor. The platform has all types of web series that include family drama, teenage based shows, and many others. Download the Alt Balaji mobile app right now age and enjoy all the latest web series.