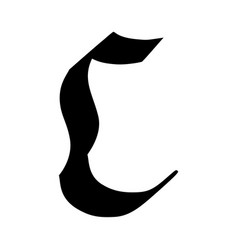 Moral character or character is an evaluation of an individual's stable moral qualities. The concept of character can imply a variety of attributes including the existence or lack of virtues such as empathy, courage, fortitude, honesty, and loyalty, or of good behaviors or habits. Moral character primarily refers to the assemblage of qualities that distinguish one individual from another—although on a cultural level, the set of moral behaviors to which a social group adheres can be said to unite and define it culturally as distinct from others. Psychologist Lawrence Pervin defines moral character as "a disposition to express behavior in consistent patterns of functions across a range of situations". Similarly, the philosopher Marie I. George refers to moral character as the “sum of one’s moral habits and dispositions.” Aristotle has said, "we must take as a sign of states of character the pleasure or pain that ensues on acts."

The word "character" is derived from the Ancient Greek word "charaktêr", referring to a mark impressed upon a coin. Later it came to mean a point by which one thing was told apart from others. There are two approaches when dealing with moral character: Normative ethics involve moral standards that exhibit right and wrong conduct. It is a test of proper behavior and determining what is right and wrong. Applied ethics involve specific and controversial issues along with a moral choice, and tend to involve situations where people are either for or against the issue.

In 1982 V. Campbell and R. Bond proposed the following as major sources in influencing character and moral development: heredity, early childhood experience, modeling by important adults and older youth, peer influence, the general physical and social environment, the communications media, the teachings of schools and other institutions, and specific situations and roles that elicit corresponding behavior.

In the military field, character is considered particularly relevant in the leadership development area. Military leaders should not only "know" theoretically the moral values but they must embody these values.

The Stanford Encyclopedia of Philosophy provides a historical account of some important developments in philosophical approaches to moral character. A lot of attention is given to Plato, Aristotle, and Karl Marx's views, since they all follow the idea of moral character after the Greeks. Marx accepts Aristotle's insight that virtue and good character are based on a sense of self-esteem and self-confidence.

Plato believed that the soul is divided into three parts of desire: Rational, Appetitive, or Spirited. In order to have moral character, we must understand what contributes to our overall good and have our spirited and appetitive desires educated properly, so that they can agree with the guidance provided by the rational part of the soul.

Aristotle tells us that there are good people in the world. These are those who exhibit excellences – excellences of thought and excellences of character. His phrase for excellences of character – êthikai aretai – we usually translate as moral virtue or moral excellence. When we speak of a moral virtue or an excellence of character, the emphasis is on the combination of qualities that make an individual the sort of ethically admirable person that he is. Aristotle defines virtuous character at the beginning of Book II in Nicomachean Ethics: “Excellence of character, then, is a state concerned with choice, lying in a mean relative to us, this being determined by reason and in the way in which the man of practical wisdom would determine it. Now it is a mean between two vices, that which depends on excess and that which depends on defect”. In Aristotle's view, good character is based on two naturally occurring psychological responses that most people experience without difficulty: our tendency to take pleasure from self-realizing activity and our tendency to form friendly feelings toward others under specific circumstances. Based on his view, virtually everyone is capable of becoming better and they are the ones responsible for actions that express (or could express) their character.

Abraham Lincoln once said, "Character is like a tree and reputation like its shadow. The shadow is what we think of it; the tree is the real thing."