• Back Alley-Area between the back limit line and the long assistance line for
duplicates.

• Backcourt-Back third of the court, in the region of the back limit lines.

• Balk (Feint)- Any misleading development that perturbs an adversary previously or
during the administration. 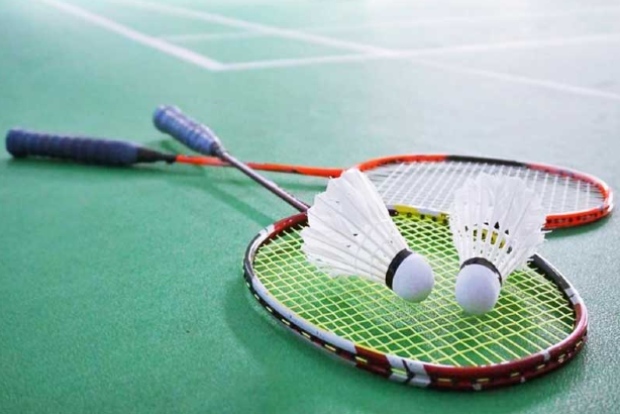 • Baseline-Back limit line at each finish of the court, corresponding to the net.

• Carry-An illicit strategy, additionally called a sling or a toss, in which the bus is
gotten and hung on the racquet and afterward threw during the execution of a stroke.

• Center or Base Position-Location in the focal point of the court to which a singles
player attempts to return after each shot.

• Center Line-Line opposite to the net that isolates the left and right help
courts.

• Clear-A shot hit profound to the rivals back limit line. The high clear is a
cautious shot, while the compliment assaulting clear is utilized disagreeably.

• Court-Area of play, as characterized by the external limit lines.

• Drive-A quick and low shot that makes an even trip over the net.

• Drop-A shot hit delicately and with artfulness to fall quickly and near the net on the
rival's side.

• Fault-An infringement of the playing rules, either in serving, getting, or during
play.

• Feint (Balk)- Any tricky development that bothers a rival previously or during the administration.

• Flick-A brisk wrist and lower arm revolution that astounds a rival by evolving a clearly delicate shot into a quicker passing one; utilized essentially on the serve and

• Forecourt-Front third of the court, between the net and the short help line.

• Hairpin Net Shot-Shot produced using beneath and near the net with the
transport rising, simply clearing the net, and afterward dropping strongly down the opposite side.
The bus' flight approximates the state of a clip.

• Halfcourt Shot-A shot hit low and to midcourt, utilized viably in copies
against the up-and-back arrangement.

• Kill-quick descending shot that can't be restored; a "putaway".

• Let-An authentic end of play to permit a convention to be replayed.

• Match-A progression of games to decide a victor.

• Midcourt-The center third of the court, somewhere between the net and the back
limit line.

• Net Shot-Shot hit from the forecourt that just clears the net and afterward falls quickly.

• Push Shot-Gentle shot played by pushing the bus with little wrist movement,
for the most part from the net or midcourt to the adversary's midcourt.

• Racquet (Racket)- Instrument utilized by the player to hit the shuttlecock. Weight
around 90 grams (3 oz). Length 680 mm (27 in). Produced using metal compounds
(steel/aluminum) or from clay, graphite or boron composites. For the most part hung
with manufactured strings or common gut.

• Rally-Exchange of shots while the bus is in play.

• Serve (Service)- Stroke used to place the shuttlecock into play toward the beginning of a convention.

• Service Court-Area into which the serve must be conveyed. Diverse for singles

• Short Service Line-The line 6-1/2 feet from the net which a serve must reach to
be lawful.

• Shuttlecock (Shuttle)- Official name for the item that the players must hit.
Made out of 16 goose plumes connected to a plug base secured with cowhide.
Engineered transports are additionally utilized by a few.

the racket. When illicit, this shot was administered worthy by the International
Badminton Federation in 1963.

For Further information you can visit IndoorActions.com