Why Should you use Angular in App Development in 2022? 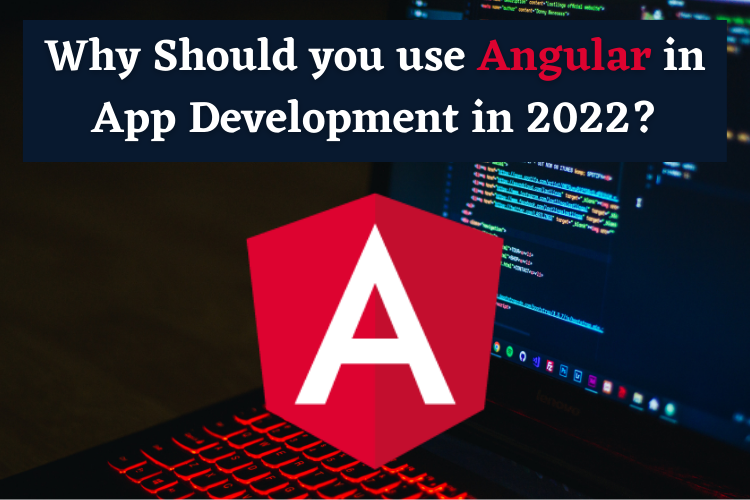 Angular is developed by Google and is known as a Google product. The angular framework is continuously gaining momentum between the developer and programmer communities. Google launched angular way back in 2010 and had completely redesigned it in 2016. The topic of angular keeps attracting Tech communities and Tech experts around the world, As it is a burning topic of discussion.

Developers and programmers I have used angular because of its immense simplicity, outstanding performance, and potential to deliver applications in the least amount of time possible. The front-end development is one of the most favorable areas that angular supports and provides the necessary tools and techniques for app development.

Reasons to use angular

Angular Technology has multiple things to offer to the industry, therefore it is known to provide multiple features and functionalities that have multiple benefits for mobile application and web application development. The Framework is widely known to provide an-inbuilt dependency injection that is suitable enough for making applications efficient and effective.

Advantages of Using Angular for App Development in 2022

Here are some compelling reasons that will instill your trust in using Angular for web development projects. Don't you want to know the main advantages of this framework for using them in your next project:

Consistency in code along with providing a powerful environment for developers:

Angular is mainly known as a responsive design web development framework that is highly used to create component modules and services. Angular is known to provide developers helping them create the necessary consistency for designing code with an aim to strive for easy understandability thereby enabling them productively work for creating web applications and web development products. Developers and programmers can use the command-line interface tool to automate shortened repeatable blocks of code to be executed from the command line.

The angular development Framework provides developers and programmers with readymade assorted tools and components that abide by the Google material design principles in an efficient manner. It mainly consists of UI components such as form controls, navigation patterns, indicators, and buttons. Which components are easily adaptable, and the documentation used for these components is well written based on fresh guidelines.

There is the process of design flow and workflow for management and coordination between teams. this objective helps developers and programmers to increase their productivity and create applications at a faster pace that have the maximum performance available to them.

Another main advantage Of using Angular for web development projects is the availability of its ahead-of-time compiler. Using this compiler angular application can usually define the HTML component and typescript into a JavaScript-based environment during the development process. Doing this, the code is already pre-assembled before it hits the web browser for display to the user.

An ahead-of-time compiler is far more secure than a just-in-time compiler Acid prevents application data from being compromised making it highly secure to process and manage data given by multiple users and customers. You can Hire Angularjs Developer if you are looking to build you web app in 2022.

When developers and designers use angular, the gates excellent support and maintainability for the code that they write. Moving from one version to the other, developers can update the angular packages at the same time. It was multiple different features like HTTP, routing, and the different components are also included in it. Using Angular programmers and Developers can easily decouple and replace components, that provide improved implementations to web applications that they create.

So these are the various reasons why you need to use angular in app development for 2022.