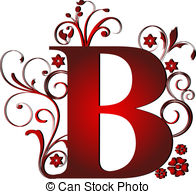 Burlesque, in literature, comic imitation of a serious literary or artistic form that relies on an extravagant incongruity between a subject and its treatment. In burlesque the serious is treated lightly and the frivolous seriously; genuine emotion is sentimentalized, and trivial emotions are elevated to a dignified plane. Burlesque is closely related to parody, in which the language and style of a particular author, poem, or other work is mimicked, although burlesque is generally broader and coarser.

The long history of burlesque includes such early examples in Greece as Batrachomyomachia (The Battle of the Frogs and Mice), an anonymous burlesque of Homer, and the comedies of Aristophanes (5th–4th century bc). The long-winded medieval romance is satirized in Geoffrey Chaucer’s 14th-century “Tale of Sir Thopas”; the Charlemagne story and the whole theme of chivalry is mocked in the epic-style Morgante by Luigi Pulci. Italian burlesque of the 15th century attacked the concept of chivalry as a dying aristocratic notion lacking in common sense, and it thus anticipates Miguel de Cervantes’ novel Don Quixote, which is, however, of a size and seriousness that takes it out of the reach of burlesque. In the France of Louis XIV, burlesque was used by the “moderns” in their quarrel with the “ancients” and vice versa. The Virgile Travesty (1648–53) of Paul Scarron is one of the best known of many burlesque or antiheroic epics on classical themes.

Authors of Victorian burlesque—light entertainment with music, the plots of which were frivolously modeled on those of history, literature, or classical mythology—included H.J. Byron, J.R. Planché, and W.S. Gilbert (before his partnership with Arthur Sullivan). Before the end of the 19th century, burlesque yielded in popular favour to musical comedy in Britain and had become almost exclusively identified with vaudeville humour in the United States.

Introduced in the United States in 1868 by a company of English chorus girls, Lydia Thompson’s British Blondes, the burlesque show of the 19th century was patterned after the popular minstrel show. It consisted of three parts: first, a series of songs, coarsely humorous sketches or bits, and comic monologues usually by baggy-pants comics; second, the olio, an assortment of variety acts—e.g., acrobats, magicians, and instrumental and vocal soloists; third, chorus numbers and occasionally a take-off, or burlesque, on politics or a current play. The usual finale was a performance by an exotic dancer or a wrestling or boxing match. Burlesque shows, with their show of exposed legs and bawdy and often obscene entertainment, were not considered respectable, and raids by the local police were often prompted by offended citizens.