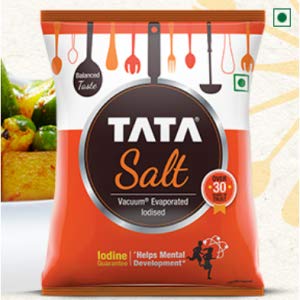 Tata Salt is one of the biggest salt producers of India and is a highly trusted product in the market, consumed by millions.  It is the most common brand of salt, with over 25.2% people consuming this product.

Tata Group is the parent company of Tata Salt which brings in 16.4% of total revenue generated by Tata Group, and hence, is one of the most significant subsidiaries of it.

However, in July, there was an on-going rumour stating that Tata Salt used potassium cyanide in its production. Cyanide is extremely toxic and harmful for humans making it totally unfit for consumption.

Expectedly, it generated a vast uproar and spread panic among the general populace. The name of the brand was besmirched as well. At this point, the Food Safety and Security Authority (FSSAI) stepped up to the occasion and ran several comprehensive tests on the product.

At this point, Shiv Shankar Goyal, the chairman of Godham Grains and Farm Products Pvt. Ltd. said on record that the amount of potassium Ferrocyanide Tata Salt uses in the manufacturing of its salts is alarmingly high, and imposes a credible threat to the lives of the people consuming it.

FSSAI rose to the occasion yet again, publishing the results on their Twitter handle. It was shown on public record that the amount of potassium Ferrocyanide used in the production of Tata salt is well within the stipulated limit. The Indian Medical Association (IMA) backed the proof published by FSSAI, further stating that potassium Ferrocyanide is allowed in the production of food in various countries other than India, such as America, Australia, New Zealand, and several countries of the European Union.

Related Story : Fact check: No, potassium ferrocyanide in some salt brands is not at toxic levels

It was, thus, comprehensively proved that all these allegations were completely baseless and a poor attempt to drag Tata’s name through the mud.