Get Rid of the Veil 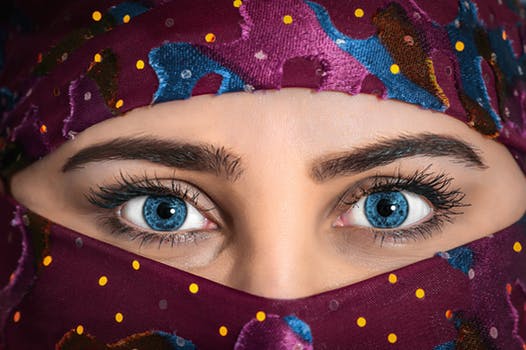 Women should not be compelled to attune, it's necessary they make independent decisions about their existence and their clothes including what to wear and what not to wear. It is lamentable that at times the odd woman is irrational and denies to get rid of it. Such approach donates in portraying their own belief negatively. No custom is strict but is adaptable.

The Burqa is perilous to women. Both those who wear it and those who don’t.

1. The Burqa wraps up exploitation

Citizenry where the Burqa is usually worn also have greater ratios of domestic assaults. In a fix of household perversion, the Burqa not only confines the woman, but also hides the proof of exploitation. It provides the culprit the license to dehumanize his spouse without being concerned that somebody would observe. This is a vital issue in many countries. It prevents the sufferers from any approachable backing hobnobs and restrains anybody from exterior, from even comprehending their situation. It’s actually permissive not to see maltreated women and the scars of their abuse.

2.  The Burqa favors sexual abuse on women not wearing it

By veiling or wearing the Burqa, women engage in an account that provides rapists a clean chit for sexual abuse on women who don’t dress in burqa. This discrepancy between women who can be ‘molested’ and those who cannot, is the head to toe covering. It makes the Burqa such an explosive add-on to several countries already victimized due to huge proportions of such assaults. The Burqa bisects women into “good girls” and “whores” and gives attackers religious armament for their offences.

The crux of a prevailing society is that it allocates communal participation to anyone and everyone. Intentionally prohibiting a complete gender from being a part in the community as attributable characters is an abuse on the constitutional character of the state. Individuals are identifiable through specific attributes. Abolish those attributes and you cut out the individuality as well.

The significance is that the Burqa is meant to prohibit such acknowledgement from taking place. Women, as individuals, are not intended to be recognized or to be authorized to pick their own choices. The Burqa is drafted to curb communication outside the home, depriving women of their personification in civic life.

Curtain isolates women in shelters and the Burqa does that in public! While the government cannot intervene with what people do in their places, the social wearing of the Burqa is a declaration that women are secondary and therefore must be segregated. Such temperament is an abuse on the righteous position of women in the society. A public demonstration that brutalizes women as a gender by considering their faces as obscene, is a disdainful violation of the norms of the society.

Where the veil is compulsory, a kind of domination is carried out. It’s a gesture, not of aggressive people, but of what might occur when those people are indulged in by a western way of life, that is insanely eager to avert offence. This strange gesture has been going on for years. But eventually there are indications that it is ending!