The Truth About Earthquakes 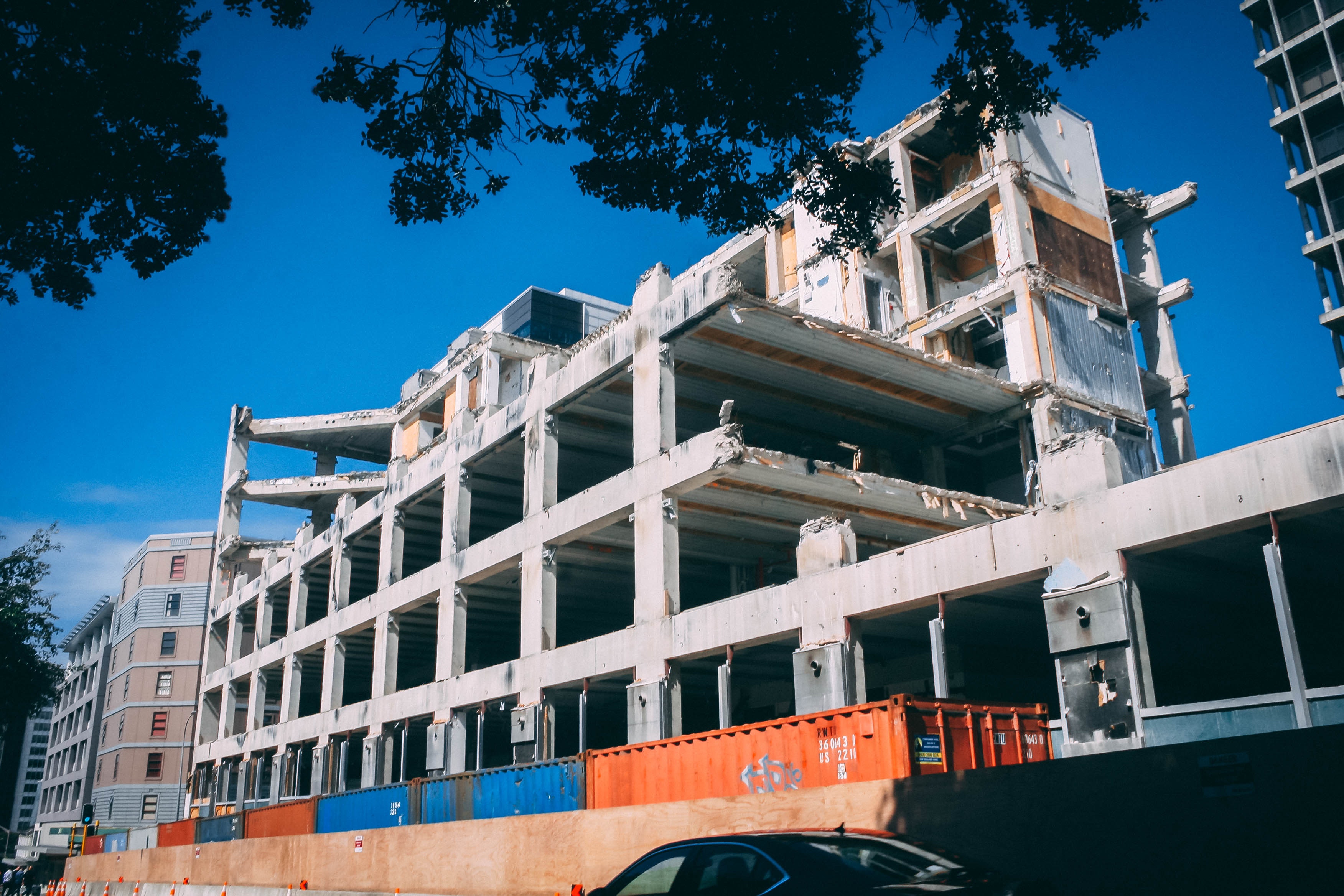 In an average year, there are hundreds of small earthquakes every day. These earthquakes usually only reach a 2 on the magnitude scaled and may not even be noticed by people on the surface.

However, major earthquakes, those of a magnitude of 7 or greater, occur on average more than once a month. Once a month may not seem frequent, but with the devastating effects that they can create, once a month is substantial.

Earthquakes can occur anywhere in the world, and they can affect all types of people. Natural disasters like earthquakes are no respecters of persons and therefore it’s important to understand why they happen, what can be done to prevent damage, and how to help those who have been affected by earthquakes.

How do Earthquakes Occur?

The plates collide at a location called “fault lines,” and as they intersect they don’t move past each other smoothly. Instead, they are jagged and get stuck against each other, causing friction, and building up energy. When they finally do release and move past one another, the energy is released which causes waves of energy, which in turn causes an earthquake at the surface.

Can an Earthquake be Predicted?

Seismographs are used to tell how big an earthquake was and where the earthquake occurred, but they can’t predict when an earthquake will happen. Scientists have been trying to determine methods of figuring this out for some time, but without success. They can tell that particular fault lines will eventually produce an earthquake, but they have no way of knowing when it will.

Earthquakes are dangerous for a number of reasons. Of course, there is the initial shaking of the earth which can cause a variety of issues like large items in homes falling over, buildings cracking or falling, and windows blowing out. There are also secondary issues created by earthquakes like mudslides and landslides.

Below is a list of issues that can be created from an earthquake.

How to be Safe During an Earthquake

Since it’s difficult to predict an earthquake, it means that people often don’t have a chance to evacuate before an earthquake strikes. Should you ever find yourself caught in an earthquake, here is a list of things to do to help maintain safety.

This short description refers to dropping to the ground and crawling to a safer place such as underneath a strong table. Cover your head and neck with one arm, and hold on to your shelter with the other arm.

While it may seem like a good idea to leave the inside of a building in case the structure begins to break, it’s not a good idea. Exterior walls are the most dangerous place to be because windows, facades, and architectural details are usually the first things to break and fall creating a great hazard to people escaping from buildings.

If you live in a location prone to earthquakes, it’s a good idea to use preventive measures in your home to reduce the risk of injury. This includes making sure that your home is built to be more earthquake resistant, securing furniture with flexible fasteners, and making sure that heavy objects aren’t stored up high.

Major Earthquakes In the World in the past 10 Years

Earthquakes can happen anywhere in the world but there are some places like Los Angeles, Tokyo, Jakarta, and Manila, where they are more likely to happen. This is because these locations are located on fault lines where earthquakes begin.

The devastation of an earthquake has a lot to do with where, what time of day, and what time of year that the earthquake occurs. While a highly populated, highly structuralized location will sustain more damages, they are also more likely to have stronger structures and quicker response times. For places in the world with poor infrastructure and poorly funded response teams, the effects can be more long-lasting.

In 2008, China experienced an earthquake in the south-west province of Sichuan. The earthquake was of a magnitude of 7.9 and left 87,000 people missing or dead. Due to poor infrastructure, 4,800,000 people were left homeless, and 137.5 billion dollars was spent rebuilding the areas that were affected.

Haiti's earthquake in 2010 was one of the most devastating in recent history. It was a 7.0 earthquake that left between 250,000 - 300,000 dead, and 895,000 homeless. Like Sumatra, Haiti’s buildings were not made to withstand catastrophic earthquakes and many buildings were reduced to rubble in the wake.

Sadly, Haiti’s earthquake destruction did not end there. After 100 years, Haiti received its first outbreak of Cholera. This was due to poor water and sanitation infrastructure that was more greatly damaged by` the earthquake. The outbreak of cholera resulted in 500,000 infections, and an additional 7,000 deaths.

Just a month later in Chile, there was a massive earthquake off the coast that had a magnitude of 8.8. There were at least 700 lives lost and 500,000 homes damaged. The earthquake also created a tsunami which took the lives of several people on a Chilean island.

In 2011, Japan experienced an incredible 9.0 magnitude earthquake that triggered a tsunami. It was reported that 18,000 people were missing or dead, and in some places along the coast, entire communities were washed away.

In 2013, a 7.7 magnitude earthquake hit Pakistan. It hit in a remote area, but still took the lives of 825 people and decimated the town of Dal Badi.

In 2015, Nepal experienced two earthquakes. One on April 25, and one on May 12. Between the two earthquakes, the United Nations estimated that 8 million people were affected, some of which were in neighboring countries like India, Tibet, and Bangladesh. The first earthquake also triggered an avalanche off of Mount Everest that took the lives of at least a dozen more people.

Again in 2015, an earthquake struck, this time in Afghanistan. Afghanistan was affected but so was nearby Pakistan. The 7.5 magnitude earthquake took the lives of at least 300 people.

On August 24, 2016, Italy was struck by a 6.2 magnitude earthquake. The earthquake affected a group of mountain communities outside of Rome, and took the lives of 300 people.

On September 19, 2017, central Mexico was hit by a 7.1 magnitude earthquake that took the lives of 300 people, and was the worst earthquake the capital has witnessed since 1985.

How to Help Earthquake Victims

Since earthquakes are unpredictable, and can occur all over the world, it’s important to know how to help offer relief after an earthquake disaster. Below are some ways that you can get involved to help people in need.

The United Nations International Children’s Emergency Fund (UNICEF) was designed to help in emergency situations around the world. They employ 12,000 people worldwide, and stand ready in case of global emergencies including earthquakes.

According to their website, “...UNICEF stands ready to provide both immediate and long-term necessities — food, water, shelter, protection, healthcare and psycho-social support — whenever an earthquake strikes.”

UNICEF always accepts donations and provides a number of ways to do so including donating to specific causes that they help with.

Other Places to Donate

It’s always important when donating to organizations to do your own research to make sure that they are upstanding and using the donations appropriately. Below is a starter list of places to consider in the event of a natural disaster.

It’s also a good idea to donate to organizations that are local to the disaster if possible. They’re often the best groups to help because they understand the needs of the local people and most importantly, how to help them. Because of this, in some cases, it would be more beneficial to see where the earthquake has occurred before donating. By waiting you can research organizations that are most prepared to be helpful to that specific region.

If you’re aware of an earthquake disaster and you’d like to help, consider running a fundraiser in your community and then donating the proceeds to an organization that can help. Not everyone can physically help after a disaster, and in many cases, it wouldn’t be possible or financially helpful to try. However, lots of people are capable of donating a few extra dollars towards relief efforts.

Donating blood is a great way to help people in need -- and you don’t need to wait until a disaster happens to donate. In fact, the process works better if there’s already blood stored in the event of a disaster.

If too much blood is donated immediately after a disaster, two things will happen. First, some of the blood will be wasted because it can’t all be used right away and has a limited shelf life. Secondly, even if people donate blood immediately after a crisis, the blood used right after a disaster will likely be blood that was already on the shelf. Partly this is because the blood needs to travel to the location, and partly it’s because it takes several days for the blood to be tested for safety.

It can also be beneficial to wait a few weeks until after things have settled since it’s often the case that many of the needed blood donations occur later.

Still, the very best way to donate blood is to do so regularly so the blood banks can keep a ready supply on hand.

Volunteering is another great way to help when there are disasters in the world. Volunteers can work on teams landing in disaster areas, or they can work behind the scenes gathering supplies, recruiting workers, and working on communication. There are volunteer opportunities for many different skill sets because rebuilding communities requires many talents.

Generally, it is better to volunteer through a relief organization rather than buying a plane ticket and going directly to a place alone. Although with good intentions, traveling to damaged locations without a trained organization may actually detract from the work of those who are trained to provide help.

Earthquakes and natural disasters can happen anywhere in the world, and can affect anyone regardless of location or social status. There are some things that people can do to diminish the amount of damage left by earthquakes like building structures that can better withstand them, and earthquake proofing their homes.

Most importantly, it’s our job as people on the planet to help out our neighbors and lend a hand when we can. This year it may be a neighboring country, and next year it may be on our doorstep. We should all look for ways to help out when disaster strikes.