Book Review of the Season of Storms by Susanna Kearsley 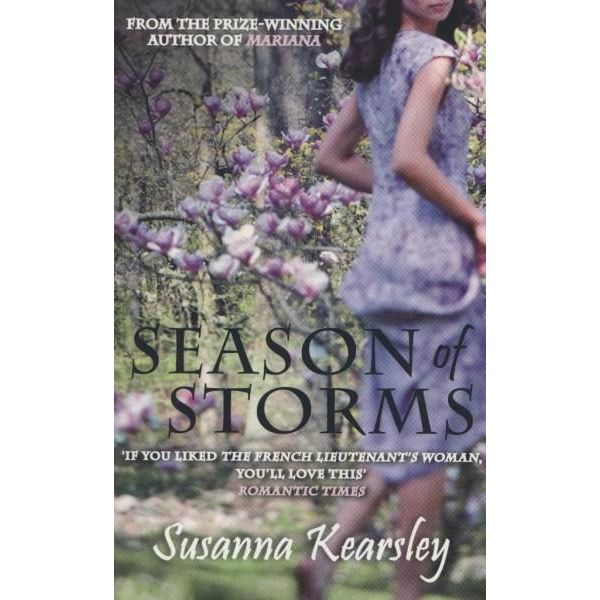 We all have something to express in our life, but only a few make it through several fictions. This is what one of the famous author Susanna Kearsley author of the most popular book which is listed in the Top 10 books of all time in 2016 “the Season of Storms”. This novel expresses the relationship between a girl child and her mom. Starting at the beginning of my summer vacations and took almost two weeks to complete this novel. This is the first English fiction which creates a sense of involvement throughout the reading. Sometimes it becomes difficult to judge the author's efforts to express my opinion. However, believe me, once you start reading this novel, you will forget everything going around you.

Our storyteller, Celia Sands, is a twenty-two-year-old artist who has been awarded the leading role in a play signifying staged at an outdoor theatre in the terrains of Il Piacere, an Italian villa. The drama – Il Prezzo – was drafted in the 1920s by the dramatist Galeazzo D’Ascanio for his lover, another actress also called Celia Sands. The night before the drama was fit to have its first appearance, the first Celia disappeared and was never comprehended again. The Creator of the show makes Celia image as the worst daughter in the world because she judges her mom by her profession. The irony amid the relation of the two creates sort of mysterious image which entitled to the mysterious book of all time. As Celia starting to find out the actual reality or truth of her mother profession, she starts adding in that darkness. The dramatist Galeazzo D’Ascanio tried to create a positive, appealing image but somehow failed to continue. Both the characters play their role, but at the end of the story, you will find that the bond amid Celia and her mother is too strong. William Shakespeare once said, “I like this place and could willingly waste my time in it.” This what that beautiful daughter did to change her mother’s image in front of the society. Her mom did everything for her, from quality education to extraordinary lifestyle. However, she failed her mother after giving her a title of slut.  I read all the series and novels of Susanna Kearsley, but this novel is one of the best. At the beginning of this novel, it is hard to recall the status of two as you dig into the story you will find an impressive character which makes your reading worthwhile.

Presently, decades following, the second Celia Sands (no similarity to the first notwithstanding being titled after her) has been proposed by D’Ascanio’s grandson, Alessandro, to star in a modernised version of the drama. Appearing at Il Piacere, she attends the other people concerned with the play and soon converts conscious of tensions within the crowd; it seems to Celia that everyone has a secret to protect. As the arrangements continue and preparations begin, strange creatures start to happen – a dependent passes without the trace, a man is found dead, and Celia speculates that her room may be possessed – and the secrets of the past convert entwined with the secrets of the present. Whenever I start reading the division of this author, it somewhere relishes my mentality and bids more to learn. At some place, you will recognise as the best romantic novel when Celia finds her mother affair.

Season of Storms is the seventh Susanna Kearsley book I have read and the first one I have been somewhat distressed by. I think part of the dilemma was that the step was plodding at the commencement and the story took a tough time to get light; I think the book could plausibly have been a lot dwarf externally losing any necessary plot features. To the extent, the multiple threads of the novel established to come coincidentally in the second half of the book I was coping to stay interested. We all have differences with our family, but it does not mean we forget the fact and efforts of our parents. Does not matter how terrible that decision is it will help us to retain excellent expertise in that field. There is much stuff to read which help us and gives us an exclusive appearance, but this novel is the best as it shows the relations between mother and daughter. This Fantasy book creates many missionaries when Celia heads to Venice to get the lead role in the most awaited play.

Unlike some of Kearsley’s another writer, this one is set around entirely in the modern with only some flashbacks in which we are given some impressions of Galeazzo D’Ascanio and the leading Celia Sands. Restore your outreach by designing the character of this excellent philosophy book. The networks between the past and present storylines were not strong enough, and I felt that the historical one was not determined correctly. I would have preferred more focus on solving the mystery of the first Celia’s escape and on the spiritual appearances of the novel, which never honestly came to anything. I was also baffled by the passionate side of the story – there was no palpable spark amid Celia and her ultimate romantic consequence, and he was not one of my chosen Kearsley heroes. This is the best reads of 2016. Do read this book and make your world of imagination by putting your thoughts about your parents and loved ones. Never judge your family efforts for you.

On a more concrete note, Kearsley’s stories always have lovely settings, and this one is no separation! Il Piacere, the dramatist’s villa, is on Lake Garda. The metaphors of the domain and the nearby area are attractive. Susanna Kearsley is known for her incredible fictions, so do read this fantastic book.

There were additional things that I liked – the little dramatic traces such as separating the story into Acts besides Scenes and opening the chapters with quotes from plays. Moreover, Celia’s affiliation with Bryan and Rupert, the gay couple who elevated her when her stylish actress mommy abandoned her – however, there were too many undesirable points for me to be able to say that I relished this book.