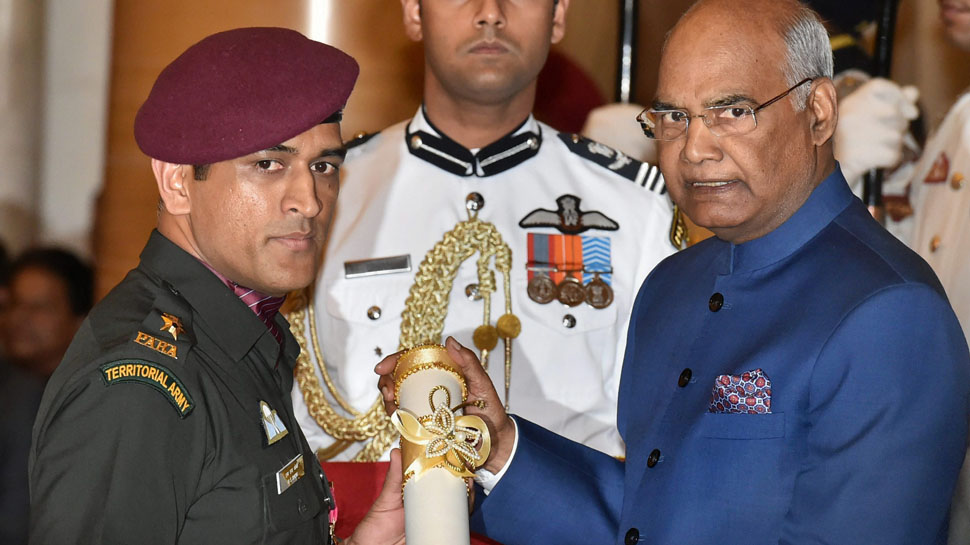 Padma Bhushan is known as the third highest civilian award in the Republic of India which was initiated by the Bharat Ratna and the Padma Vibushan which was followed by Padma Shri. The Padma Shri was inaugurated on 2 January 1954. It is given for the performance of a distinguished service of a high order without variation in caste, gender, position or sex. The award seeks to recognize the work of anyone has done work of achievements and distinction in the different fields and disciplines like trade industry, sports, art, medicine, education, public affairs and much more. The criteria for the award include services in an area that includes services rendered by the Government servants including scientists and doctors. Though, it doesn’t consider those working with the public sector undertakings. The Prime Minister constitutes the Padma Awards Committee every year and the award recommendations are submitted between 1 st May to 15 September by the union and state territory governments, the Ministers of Government of India, Chief Ministers, Members of Parliament, Bharat Ratna and Padma Vibushan awardees and other private individuals. The suggestions are further submitted to the Prime Minister and The President for further approval by the committee members. The Padma Bhushan awards are announced on the eve of Republic Day on 26th of January every year. The award recipients of Padma Bhushan are recorded in The Gazette of India, a publication that is released every week by the Department of Publication. This publication is used by the Ministry Of Urban Development for government official notices. The award conferral is not considered official without its declaration in The Gazette. The award recipient whose awards are restored or revoked is also registered in The Gazette. Such actions are taken by the Government of India and such awardees are to surrender their medals when and if their names are struck from the register. The original specification of the Padma Bhushan was a circle which was made of standard silver with rims on both side and a lotus flower was centrally located with Padma Bhushan engraved in Devanagari script. Later on, the award was modified to a circular shaped bronze toned medal where the lotus is carved on the obverse side of the medal and the word the Padma is placed above the word Bhushan below the lotus in Devanagari script. The emblem of India is also placed with the text Satyamev Jayate written in Devanagari script.

In the past, the Padma Bhushan and other prestigious awards were only given by the recommendations of the politicians or ministers but the government has now made it open for nomination. The suggestions for the awards are received online on the portal padmaawards.gov.in which is drafted by the Ministry of Home Affairs. There are a lot of unacknowledged real-life heroes who have done exceptional works in their respective fields and deserved such a national honor and respect. The recipients of Padma Bhushan award include Rajesh Khanna, Jagjit Singh, Aamir Khan, R.K. Narayan, Naseeruddin Shah, Satyajit Ray, Ratan Tata and many more. Recently on 2nd April 2018 Mahendra Singh Dhoni, one of the most successful former captain of the Indian cricket team was conferred with the prestigious third highest civil honor, the Padma Bhushan. The award ceremony was coincidentally held on the seventh anniversary of the World Cup triumph, which turned out to be a happy coincidence for Dhoni. What brought the excitement to the next level is that the former captain of India who holds the rank of Honor Lieutenant Colonel was dressed up in his official military uniform and marched past the dignitaries who were present at the Rashtrapati Bhawan to receive the prestigious Padma Bhushan from President Ram Nath Kovind. The 37-year-old former Indian captain is the second Indian cricketer to receive this honor after Kapil Dev. Dhoni has received a lot of awards before which includes the ICC ODI player of the year award in 2008 and 2009, the Rajiv Gandhi Khel Ratna award in 2007 and also the Padma Shri, India’s fourth highest civilian honor in 2009. Under Dhoni’s captaincy, India won the 2011 ICC World Cup and also the 2013 ICC Champions Trophy. He was also the first captain to win all three ICC limited over trophies and also led India to top of the rankings. Mahendra Singh Dhoni was nominated for the Padma Bhushan Awards by the BCCI with a unanimous decision for his excellent contribution in the field of cricket. Dhoni is considered as one of the most successful captains of the Indian Cricket Team. It was a very proud moment for all the Dhoni fans to watch him receive such a great honor. Along with Dhoni, Pankaj Advani was also awarded the prestigious Padma Bhushan on 2nd April 2007 at the Rashtrapati Bhawan by the President Ram Nath Kovind. Advani is considered as the best snooker/billiards player to come out of India. Advani has won eight world titles in as many years and a total of 19. Pankaj Advani was nominated by the Billiards and Snooker Foundation of India. He has also been awarded the Padma Shri in 2009, Rajiv Gandhi Khel Ratna Award in 2006 and Arjuna Award in 2004. He has held Asian, World and Indian National Championship titles simultaneously. He is known as India’s first World Champion in the 6 red-snooker.

However, some bestowals of Padma Bhushan have been returned or refused by the recipients due to national interest or personal reasons. The first person to refuse the Padma Bhushan was Sisir Kumar Bhaduri, Bengali theatre activists in 1959 due to personal reasons. Some famous refusals included Vilayat Khan, Romila Thapar, Sitara Devi, Salim Khan, and Phanishwarnath Renu. Padma Bhushan awards are renowned awards that are a given as a token of appreciation to the citizens of our country to glorify the work contributed by them and to inspire the future generations to thrive towards the progression of our country by excelling in their talents but we should also remember that the awards should not be taken as an outright rationale behind the work as it is the hard work and skill of an individual that is remembered.