FAMILY MUSIC MANIA IN THE EIGHTIES 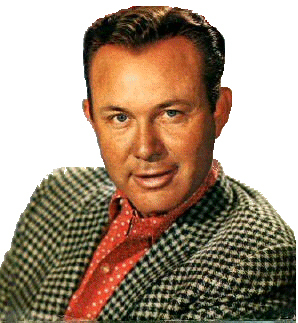 It was during the eighties while still in school J.L.Baird's invention the' Television' had made its advent in color.We kids were on the top of the world when the color T.V  entered our home and enhanced the show of our living room.We were sick and tired of watching Hindi flicks, songs, sports in black and white.But with the advent of technology, we could watch our favourite shows in color. But watching the T.V shows was no cakewalk in our house as there was a tug-of-war for the T.V. remote.Each person wanted to watch his or her favourite channel.The shows were limited, so whether big or small all of us bickered for the possession of the T.V remote.

8 p.m was a prime time when all of us wanted to view the t.v. programmes, dad wanted to watch the news , me a serial and little bro an action movie.Mom wouldn't be a part of the feud as she would be cooking dinner.But Wednesdays and Fridays were different as hindi movie songs were aired from 8-8.30 p.m. Our music obsessed family would  stop the remote fight and watch the CHITRAHAAR as it was called. But to top it all I was too obsessed with music not only Hindi but English music drove me crazy.Daily the A.I.R or the All India Radio aired retro English hits.The prime time being 8p.m.I generally solved my maths sums or made biology diagrams listening to music..I wanted to enjoy both the worlds i.e English and Hindi.So while the family watched Chitrahaar intently my country hits would blare and there would be cacophony which irritated the others.One minute I would be lost in the romantic Jim Reeves numbers, suddenly my reverie would be broken with the nasal twang of yesteryear Indian singer K.L.Sehgal.My father being an ardent fan of K.L.Sehgal hated any kind of disturbance while listening to his favourite singer.He glared at me to close the radio.I muted the sound but my ears would be glued to the radio and eyes to the T.V.And soon I would hear the notes of my favourite song 'Congratulations' by Cliff

Richards and I would increase my radio sound.I would start humming and tapping my feet  and lo behold Lata Mangeshkar's dulcet voice  would be heard on T.V .Now my mom being a fan of Lata

wanted to hear her song and got enraged when I enhanced the radio volume.Meekly again I subdued the sound.I scowled but no one paid heed.Soon I forgot the promise to subdue the sound and Pat Boon's 'Love Letters In The Sand'  mesmerized me and with my eyes closed I would be singing along .

But again I was jolted out from the past to the present when little bro saw Amitabh Bachchan dancing and being a fan tried to copy his moves.While copying his moves he did a taekwondo flip with his legs which caught me on my nose and I got bruised.I got bugged and tried to snatch the remote from him but he was too smart and rushed out of the room.I felt he was a pest trying to spoil my music.I just wanted to swat him like a fly.But being the pampered brat he always got away while I sulked.

Being music and movie buffs there was always pandemioum in the house.No one could enjoy his or her favourite song or movie without bickering.This was the music mania we had in the eighties.