This Summer Cool off In Kutch 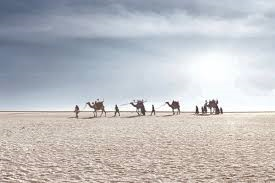 Kutch district is a district of Gujarat state in western India. Covering an area of 45,674 km², it is the largest district of India. The population of Kutch is about 2,092,000. It has 10 Talukas, 939 villages and 6 Municipalities.

Bhuj is a city in the state of Gujarat, western India. It’s known for its centuries-old buildings, many of which were damaged in a 2001 earthquake. Close to Harmirsar Lake, the 18th-century Aina Mahal palace is elaborately decorated with chandeliers, mirrors and semi-precious stones. Nearby, the Italian Gothic–style Prag Mahal palace has a bell tower that overlooks the city, and a courtyard containing a Hindu temple.

Places to see in Bhuj

By air: You can travel from Mumbai to Bhuj by booking a flight. The total flight time between Mumbai & Bhuj is around 1h 20m. The price of the flight ticket is approximately Rs.5000.

Road/Self Drive: You can take a car from Mumbai to Bhuj. It will take you around 12h 35m to cover distance of 867.9kms and reach Bhuj from Mumbai. The total amount for the journey will be approximately Rs.5697.

Mandvi is a town with municipality in the Kutch district in the Indian state of Gujarat. It was once a major port of the region and summer retreat for Maharao of the Cutch State.

By air: Mandvi does not have an airport. Nearest airport is Rudra Mata Airport.

By bus: There are regular buses from other major cities of the country to Mandvi.

By train: Instead of Mandvi you can a get a train to Okha on regular basis.

Gandhidham is a city and a municipality in the Kutch District Kutch District of Gujarat state of India. The town was created in the early 1950s for the resettlement of the refugees from Sindh in the aftermath of the partition of India.

By air: The nearest airport to Gandhidham is the Kandla International Airport which is situated 6 km away from the main city. It is well connected with several cities. One can get regular flights from here and taxis and other modes of transportation are available outside the airport.

By bus: The service of the state transport buses is just excellent. One can reach any part of the country through these buses either directly or through a connecting journey. The cost of transport is also very low and hence, easily affordable by all. Ahmedabad (291 km), Dwarka (346 km) and Somnath (379 km) are few cities that can be travelled by road.

By train: Ahmadabad railway station is the nearest railhead to Gandhidham. One can get trains to reach different parts of the country from here on a regular basis. From the railway station, buses and taxis are available to reach Gandhidham.

Dholavira is an archaeological site at Khadirbet in Bhachau Taluka of Kutch District, in the state of Gujarat in western India, which has taken its name from a modern-day village 1 kilometre south of it. This village is 165 km from Radhanpur.

By air: There is no direct flight connectivity as of now to Dholavira. The nearest airport is in Bhuj, 87 km away from the same. Prepaid taxis are available from the airport to Dholavira.

By bus: The most convenient way to reach Dholavira is by road as they are in an excellent condition. You can hire cabs from Bhuj, but the distance is very long. You get buses from Bhuj to Rapar, which is the nearest major town to Dholavira and takes about five hours to reach. From Rapar, you get government run and private buses to Dholavira which takes another three hours. The buses are available from early morning to late evening.

Anjar is a town, a tehsil and a municipality in Kachchh district in the state of Gujarat, India. It is a town of historic importance, located in Southern Kutch, around 40 km away from one of the biggest ports in India - Kandla Port.

By air: Kandla Airport or Gandhidham Airport is the nearest airport to reach Anjar, which is at a distance of 8.7 kms. Tourists can hire local taxis for a cheaper fare to reach the airport.

By bus: Vidi bus stop is the nearest bus station to reach Anjar. It is distanced at 4.3 kms from the city. Regular bus services from GSRTC are available for travellers’ convenience.

By rail: Gandhidham Junction (GIM) is the nearest major railway station to Anjar which is located at a distance of 4.4 kms.

Road/Self Drive: Anjar town is 16 kms away from Gandhidham and one has to travel 74 kms from Jamnagar to reach it. Private cabs are available on hire from far flung areas such as Ahmedabad and Gandhinagar.  Even metered taxis too could be considered for a budget travel from prominent places to Anjar anytime.

A small town just 8 km southeast of Bhuj, Bhujodi is a major textile center of Kutch, with the vast majority of the 1200 inhabitants involved in textile handicraft production. Here you can meet weavers, tie-dye artists and block printers, most of whom belong to the Vankar community.

By air: Bhuj is well connected to other major cities of the country via regular flights.

By bus: There are regular buses from other major cities of the country to Bhuj. Bus Station(s): Bhuj

By rail: You can easily get regular trains to Bhuj from other major cities of the country. Railway Station(s): Bhuj