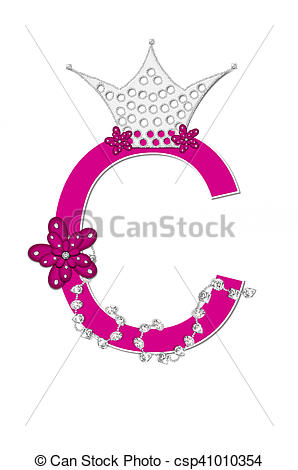 Conceit, figure of speech, usually a simile or metaphor, that forms an extremely ingenious or fanciful parallel between apparently dissimilar or incongruous objects or situations.

The Petrarchan conceit, which was especially popular with Renaissance writers of sonnets, is a hyperbolic comparison most often made by a suffering lover of his beautiful mistress to some physical object—e.g., a tomb, the ocean, the sun. Edmund Spenser’s Epithalamion, for instance, characterizes the beloved’s eyes as being “like sapphires shining bright,” with her cheeks “like apples which the sun hath rudded” and her lips “like cherries charming men to bite.”

The metaphysical conceit, associated with the Metaphysical poets of the 17th century, is a more intricate and intellectual device. It usually sets up an analogy between one entity’s spiritual qualities and an object in the physical world and sometimes controls the whole structure of the poem.

For example, in the following stanzas from “A Valediction: Forbidding Mourning,” John Donne compares two lovers’ souls to a draftsman’s compass :

If they be two, they are two so
As stiff twin compasses are two,
Thy soul the fixed foot, makes no show
To move, but doth, if the other do.
And though it in the center sit,
Yet when the other far doth roam,
It leans, and hearkens after it,
And grows erect, as that comes home.

Conceits often were so farfetched as to become absurd, degenerating in the hands of lesser poets into strained ornamentation. In sonnet number 130, William Shakespeare responded to the conventions of the Petrarchan conceit by negating them, particularly in the sonnet’s opening lines :

My mistress’ eyes are nothing like the sun;
Coral is far more red than her lips’ red;
If snow be white, why then her breasts are dun;
If hairs be wires, black wires grow on her head.
I have seen roses damask’d, red and white,
But no such roses see I in her cheeks;
And in some perfumes is there more delight
Than in the breath that from my mistress reeks.
I love to hear her speak, yet well I know
That music hath a far more pleasing sound;
I grant I never saw a goddess go;
My mistress, when she walks, treads on the ground.
And yet, by heaven, I think my love as rare
As any she belied with false compare.

With the advent of Romanticism the conceit fell into disfavour along with other poetic artifices. In the late 19th century it was revived by the French Symbolists. It is commonly found, although in brief and condensed form, in the works of such modern poets as Emily Dickinson, T.S. Eliot, and Ezra Pound.

Use as praise versus criticism

The term conceit can be used positively or derogatorily.

In the positive sense, a conceit originally referred to an extended metaphor with a complex logic that governs a poetic passage or entire poem. By juxtaposing images and ideas in surprising ways, a conceit invites or challenges the reader to discover a more sophisticated understanding of an object of comparison. Conceits in English are part of the poetic idiom of Mannerism, during the late sixteenth and early seventeenth century. This has been extended to describe presentation of any material whose creator uses one or more techniques to effectively induce a desired effect on the reader or viewer, such as setting a mood. In movie-making, examples include deliberately filming in black and white, emphasizing shadows, using panoramic views or employing extended zoom for a scene.
In a derogatory sense, "conceit" refers to an excessively elaborate, contrived or unconvincing approach to the material being presented, such as a fundamentally flawed idea, preposterous plot device, or pretentious dialog or phrasing. Again, this was originally applied to poetry that someone disliked, and the areas of application later broadened. An example of derogatory use is in the title of economist Friedrich Hayek's book, "The Fatal Conceit: The Errors of Socialism".

In modern writing (e.g., reviews of movies or books, or descriptions of others' inventions or ideas), the word "conceit", when used by itself without preceding adjectives (such as "brilliant" or "unpersuasive"), tends to be used more often as criticism than as praise. Such use is especially common when writing for a broad audience rather than specialists in poetry or literary criticism. Which sense is actually intended, however, must be inferred from the overall content and tone of the passage containing the phrase.