INDIAN FOODS WHICH ARE NOT INDIAN 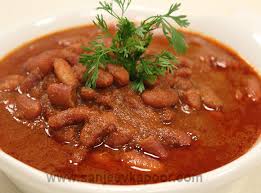 This triangular potato stuffed,street food is welcomed by one and all.This is thought to be Indian but it originated from the Middle East.It was called SAMBOSA but when the traders from Middle East brought it to India in the 13th and 14th century it was renamed Samosa.

This mouth watering sweet,syrup soaked dessert is a treat for one and all.It can be eaten both hot and cold.But this originated from the  Mediterranean and Persia.Originally it was called luqmat al qadi,the balls were deep fried,soaked in honey syrup and sugar was sprinkled on it.In India the recipe was modified.

It was thought to have a Goan origin but this meat curry has a Portuguese origin.It was adapted from the carne de vinha d'alhos which means vindaloo in Portuguese.It was made of pork,wine and garlic.Indians modified it by using potato,palm vinegar,spices,pork/chicken/beef,

This Bengali dish has origins from Portugal.It is prepared from bitter gourd but now in India multiple vegetables and a dash of milk are used.

This refreshing Indian drink is loved by all Indians.But it originated in China.The British too discovered it and brought it to India and taught the cultivation techniques to the tribals.Soon it became a popular drink.

It is a popular North Indian dish but it did not originate in India,the bean was brought to India through  Central Mexico and Guatemala.The preparation of soaking with spices is Mexican.In India we use onions and tomatoes to make it tangy.

This sweetmeat is brought from the Middle East.Earlier called as zalabiya(Arabic) or zalibiya(Persian).Brought to India by Persian invaders.We North Indians love it