WHY DO INDIAN MEN REMAIN MOMMA'S PUPPETS AFTER MARRIAGE 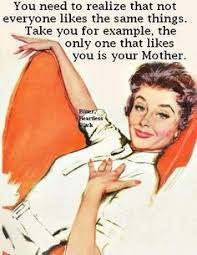 Since time immemorial our society has been a patriarchal society and our culture believes in family,loyalty and unity.The patriarchal ,joint family was the backbone of our society.Inthis set up the woman is asked to forego her familial relations and become a part of her new family after marriage.The male chauvinism remains.Today due to financial constraints and  employment  opportunities nuclear families have come into existence but even then Indian males are unable to break their umbilical cord. Women are supposed to abide by all rules and even though they are on an equal footing with men,still they bear the brunt of being a female.Indian men don't want to grow up,they have the Dr.Jekyll and Mr.Hyde personality.They are like chameleons and they change colour according to their liking.They may me modern,may be dating,having clandestine meetings,may have gone for a love marriage,yet they change their colors after marriage.Their colors change like the the autumn leaves.

Marriage makes them like obedient school-boys,where the mother dictates her terms and they follow. They may love a girl but their mother disapproves on account of caste or color they abide and leave the girl and marry as per their mother's choice.The mother has been the dominating figure in the son's life and she can't bear to share him with another being.They become possessive and emotionally blackmail the sons to care for them solely instead of doing justice to both the mother and wife.They treat the grown up sons like little boys and try to care for them as before,forgetting and neglecting the new entrant in the house.In order to please the mother,the sons develop a mental block and neglect their wives.Mothers forget that they were daughter-in-laws,the sons are married and to treat them as kids in front of their wives could be a source of embarassment for all around.The sons are wielded  by dominating mamma's broomsticks,that even when they marry they look for their mother in their partner.They are unable to adapt to change in food habits and dress sense of their life partner.Indian mothers don't make their sons independent but rely on them for all their needs.The men forget that being momma's puppets cannot help them live their life.Mothers become dominating and overbearing and even if the Indian male wants to break away,he is devoid of spunk to do so.No mother wants competition and wants to remain the epicentre for her son.The sons lose their rational thinking and become puppets.They are mute spectators when there is a clash of egos between the M.I.L and D.I.L