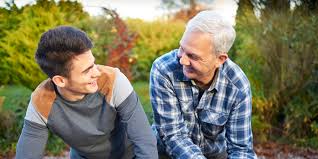 These were the lines uttered by Harsh for his father when the father-son duo were on stage. This was his father’s dream and he was proud of his father. Today he had managed to make his father’s dream a reality. They both hugged and cried at the same time. It was sheer bliss to share the stage with his life hero-his DAD. After years he saw happiness and contentment on his father’s face.

It all started when Harsh turned eighteen and he wanted to pursue music. He had a mellifluous voice and he wanted to do more in that direction. He started learning music under the tutelage of a renowned singer .He pinned his hopes on becoming a playback singer. His mother was not keen that he made music his career but his father gave him full support. He had heard his father singing at times either in family weddings or official functions but never on a regular basis. His dulcet  singing had always lulled him to sleep. He had always questioned his father, why he had not pursued music but his father had shrugged his question in a laughing manner.

Skeletons came out of the closet when one day harsh was rummaging through his father’s closet looking for a tie to match his suit. He was planning to wear his suit for the school farewell and while searching for the tie, he came across two cassettes. He was taken aback seeing cassettes with his father’s name. With out his father’s knowledge he took the cassettes and heard them. They had been recorded in his father’s voice .He wanted to know more about his father’s singing. He decided to approach his mother. She was hesitant to tell him, but on coaxing told him that his father had wanted to become a singer in his youth .His parents had been averse to him making singing as his career ,he had left it forever.

Now he knew why his father had supported his decision. He too, now wanted to make his father’s dream a reality. He decided to enter his father for one of the singing reality shows. Without his father’s knowledge  he registered his father and himself for a reality show. Harsh’s happiness knew no bounds when he received a call telling him that both father and son had been shortlisted for the show.

He somehow coaxed his father to accompany him and try his luck in the music world. His father was gobsmacked that his son had come to know of his secret desire. But Harsh convinced him not to stifle his dreams and give his best shot. He agreed and both went and performed on stage.

It was destined to be, his father sang and he got a standing ovation. He had been selected for the first round of music. The father was ecstatic and his joy doubled when Harsh too was selected. Both were called on stage and both hugged and cried, a father’s dream was turning to reality and the beloved son had made it possible. Their talent had come to the fore .Both their souls had been connected with music, it was a memorable evening. Harsh told the judges that his father had participated in music vicariously through him, as he was his son. But now it was an individual who would live his dreams.

Your positive action combined with positive thinking can turn dreams to reality.