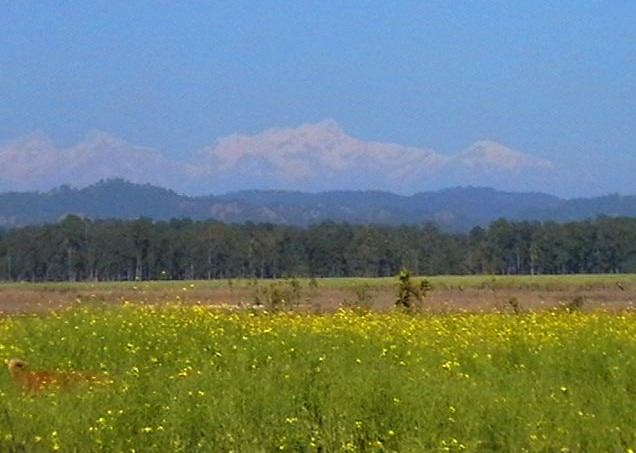 So whenever I introduced people about it, very few could figure out about it and some of them had a little idea about it which is not related with the actuality. I was really very sad that this amazing place is yet unknown to many of us. So I’ve decided that it’s the time to raise awareness among people about this heaven less known about! In this article, I am unfolding the top things about West Champaran district of Bihar.

The lesser known facts about the West Champaran District of Bihar

During my holidays time, I have decided to research and go into the deep reality of the area which is lesser known about. So I landed in the West Champaran District of Bihar (around 200 kms far from Patna). I’m sure that you must be familiar with the term “Champaran Satyagraha”. Yes, it’s the same place I’m talking about. The first movement for India’s freedom started from Champaran District of Bihar which gave the title “Mahatma” to Mahatma Gandhi. In the year 1917, Mahatma Gandhi, Dr, Rajendra Prasad and many others visited the place and lanched “Satyagraha Movement”. Though the history is forgotten by many of us, but the remains are still existing which tells a lot about the times.

During the visit in Champaran, Mahatma Gandhi, Dr. Rajendra Prasad and many others lived in Hazarimal Dharamshala where the pillars for Satyagraha Movement was made. The place is said to be the residence of a person named “Hazarimal” who invited them to stay in their residence, to hide from British and make plan for Satyagraha Movement.

The Champaran District in Bihar is located in Northern Most Part of India and shares its international borders with Nepal. The quality of Indigo in this land was high and heavily demanded by Britishers. But the farmers were not agree as once Indigo is cultivated, it damages the land and minerals which results into no further plantation of cash crops, or livelihood crops.

Even after 73 years of Independence, there is a slower growth in West Champaran District. Though the area regained it’s fertility after long years but the place couldn’t grow much. The reasons were the destruction caused by the Britishers and the largely ignorance of governing bodies.

Besides all the historical presence, the West Champaran District is a beautiful destination for the nature lovers. The West Champaran Area covers large village and forested areas. It includes favorite desitnations like Valmikinagar Tiger Reserve (covered with mountains, forests and shares borders with Nepal) and Thori (another forested and mountain area). The best part about the place is that the development era couldn’t hamper the forested and village areas. The district still gives the best memories and travelling across the village areas is always a great adventure. The district includes the one major city Bettiah (District headquarters) and 3 mid towns including Bagaha, Narkatiaganj and Ramnagar. The most favored Bihar tourism destination was also the land of “Valmiki” and his ashram where Sita Mata resided with his sons Lav and Kush. So next time when you plan to come in Patna, don’t forget to visit the Champaran District because words can only make you imagine but not take advantage of what already exists.

The People and Surrounding Areas of West Champaran District

When you look at the educational data, you may have bad views on the place as it lies bottom in the list. So here I would like to tell why is it so. The top reasons is that it took lots of time for new thing or trends to come in the District. The district as located in the topmost level, was largely ignored by the governing bodies. The channel or network from the Central Bihar to Champaran was a long journey and a lot of breaks were there. The funds were never allocated properly and injustice was done with the District. These days the District is getting attention due to the Sataygraha Awareness and programs. Most of the people in Bihar are yet not aware with the best qualities with this place, they look at data but don’t talk about the problems and the reasons behind it.

Lacks in Education, but higher in Moral Values, Logical Thinking and Understanding

The most of the areas in West Champaran is largely mid-town and village area. And as the system lacked, efforts were not made by the local bodies. The people in village areas needs awareness about the importance of education. If they won’t understand it, then they can’t send their children to schools and make them work in “chai ki tapri”, “chicken ki dukan”, and “roadside egg shops”, etc. This is what lacked among them. But besides this, the best surprising thing is that even after not having education, the people in West Champaran have higher moral values, logical thinking and understanding.

So at one side is the education and on the other side is the moral values, logical thinking and understanding.

This article travelled from the history of Independent India to the actual insights of West Champaran District of Bihar and I have tried my level best to give the actual introduction of what “West Champaran” is, as very few people actually know the truth behind it. With this article, I have tried to raise awareness about this heavenly place, and focus on tourism in West Champaran, District. There’s a great package of memories in there which I can’t describe but only aware. So it’s better you can plan a visit if coming to Patna.