Overcoming the 'Curse' of Menstruation 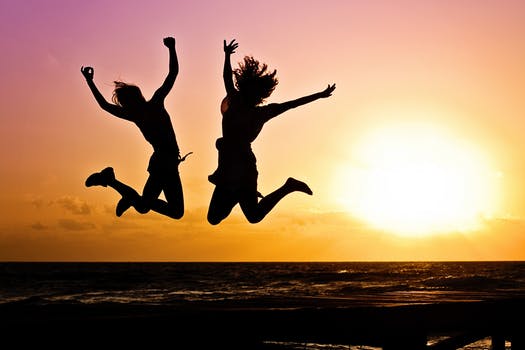 Menstruation has been a taboo topic in India – until Balki (thankfully) decided to bring it out in the open by making a film on a subject that was otherwise to be hushed, and discussed if at all, only in whispers (pun unintended, though one seriously wonders why the name ‘whisper’ was chosen for a brand of sanitary napkins).

This is a topic that has disturbed me for years, and one that I have been wanting to write about for the longest time. When I was first exposed to superstitious beliefs regarding menstruation, I was shocked beyond words. It took me some time to digest the fact that a woman was considered ‘impure’ during her menstrual cycle. It seemed really strange to me that the very cycle which was instrumental in allowing a woman to conceive and produce progeny; the very cycle that was responsible for the next generation, was considered inauspicious at a religious function or place. Menstruation was a natural function of a woman’s body –like respiration or digestion or excretion. Then how could a culture that valued fertility, paid homage to the Devi Ma, and glorified a woman for her role as a ‘mother’ look down upon the menstrual cycle?

Another thing I found contradictory about menstruation was that it was, on the one hand, a situation to be ashamed or embarrassed of, with the sanitary napkin furtively hidden from public visibility in the form of a black plastic bag or wrapped in a newspaper. On the other hand, it was an event to be subtly and indirectly announced by being conspicuously absent from a religious ceremony.

I decided to start reading material on menstruation. To begin with, I discovered that the first menstrual cycle was a reason to celebrate in several communities. It indicated the attainment of womanhood, and was therefore a source of joy. Strangely, the joy turned into a curse immediately after the celebrations were over, and the young girl who was just coming to terms with the various changes in her body now also had to deal with ostracism and social isolation.

Moreover, there were several other taboos and superstitions for menstruating women. They could not water plants. Their touch would pollute the plant and cause it to die. If a menstruating woman touched pickle or even vegetables, they would rot. The woman would not be allowed to touch all the utensils in the house. The utensils she used would be kept and washed separately. A woman could not wash her hair during the first two days.

In Hinduism, the origin of the myth of impurity dates back to the Vedic times, and has often been linked to Indra's slaying of Vritras. It has been declared in the Vedas that guilt of killing a brahmana, appears every month as menstrual flow, as women had taken a part of Indra's guilt upon themselves.

There were several reasons that led to the practice of isolating women during menstruation, especially during religious functions. The first was the idea of ‘shauch’ or purity. The idea of ‘purity’, cleanliness of the body and calmness of the mind was essential for the performance of any religious activity. Impurity at the physical or mental level makes an individual incompetent to partake in a religious ceremony. Death, birth or menstruation all supposedly render an individual ‘ashauch’ or impure.

Secondly, the term ‘menstruation’ when translated into Sanskrit is “Rajasraya” which could refer both to ‘blood’ or the ‘rajas’ guna. Blood is the carrier of Prana-shakti within the physical body. Thus, through the excretion of the blood, excess Prana Shakti, which is Rajasic in nature, is being thrown out of the body during menstruation. Rajas represents thoughts and emotions such as anger, frustration, uneasiness, irritation, and mood-swings, which menstruating women are more exposed to. Therefore, menstruation is a complicated process that exposes a woman to the excess Rajasic condition at the physical and mental levels.

The third common explanation for these restrictions was that women needed rest during their menstrual cycle. They often suffered from pain and discomfort. Household chores in olden days required tremendous physical energy; grinding, bending, cleaning were all strenuous tasks. Unless women were forcibly kept away from household chores, they would strain and exert themselves, and carry on with their routine work. Isolating them allowed them to recuperate and relax for three days, which they would otherwise never be able to do.

The taboos related to menstruation exist in other religions as well. In Islam, too, a woman is considered impure during her periods. While it does not prevent her from living a normal life with her family, the woman cannot perform certain acts of worship. She should not enter a mosque or touch the writings of the Koran or the names of the Prophets. She is excused from prayers and fasting because she is in a state of impurity. She can compensate for her fasts during Ramadan as ‘qaza’ later.

The Bible too declares that a menstruating woman is unclean, and so is anything she sits or lies on. Hence, anyone who touches her during the seven days, has sexual intercourse, or even touches her bed, also becomes unclean.

A Zoroastrian woman is barred from entering a Fire Temple as she is in a state of impurity. But so also is a priest who has a bleeding sore or a wound. Hence, this state is not applicable to women alone, but is associated with blood or injury.

The one religion that does not declare a menstruating woman impure is Sikhism. Guru Nanak claims menstruation is a natural cycle for a woman. Impurity is due to bad qualities of an individual and not bodily functions. The religion does not bar a woman from entering a Gurudwara.

I still find it difficult to come to terms with the idea that people who pray to Devi Ma, and seek the blessings of ‘kanjaks’ during Navratri, consider a girl impure once she attains puberty. How can a natural biological cycle that was created by divinity be considered inauspicious? Why should a girl be ostracized and treated like an untouchable when she has her periods? Why should she take medication to alter her cycle because she has to attend a religious function? Why should one impose rest on a woman who feels fit to be able to carry on with her regular chores? If we are to truly celebrate the spirit of International Women’s Day, and salute womanhood, is it not time to change our beliefs about menstruation?

The day my daughter came into my life I took a vow – she would never ever be treated differently because she was a girl. Her menstrual cycle would never prevent her from entering any place that she chose to enter. She would never be made to feel ashamed or embarrassed at being a girl, and she would embrace womanhood with joy. She would live life on her own terms!  Let us celebrate 'womanhood' by accepting and acknowledging menstruation as a natural bodily function, and not as a curse or a celebration.