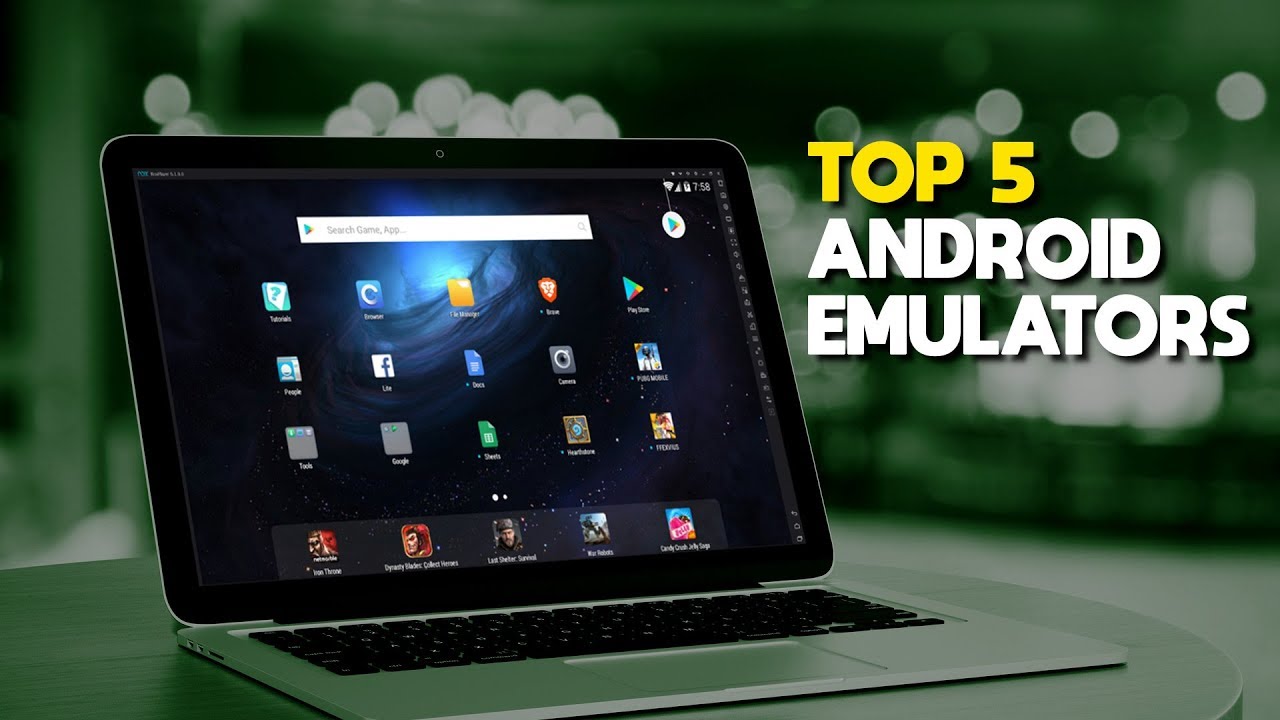 Android emulators are used for various purposes. They are used by Apple developers for testing their apps before releasing, gamers for playing games with the use of keyboard and mouse, and more. If you want to know about the best Android emulators for PC, they are below here for you.

Here are the best options for you:

Android Studio comes as the default development console for helping developers with making Android apps and games. It consists of a lot of great tools and even a built-in emulator for testing app or game. However, its setup process takes time to complete and is very complicated. This app is perfect for developers and but not for ones who don’t have much technical knowledge. You can get this app for free and use it as an emulator.

Bluestacks is one of the most renowned Android emulators. It is easily accessible on Mac and Windows, and perfect for various purposes. However, it is made especially for ones who like to play mobile games on the PC. Bluestacks 4, which was launched back in 2018, is the recent version of Bluestacks. It is much better than the earlier versions and works smoothly even on old PCs.

Genymotion is also an ideal app only for developers. It is a free app with paid options and allows you to test apps ideally. You can configure the emulator according to various devices with different Android versions accordingly. For example, if you use Nexus 6 having Android 6.0 or Nexus One having Android 4.2. The best thing is that you can use it on both computer and cloud.

In comparison with other Android emulators, KoPlayer is a newer option. It also targets gamers only. Even, it allows users to record their gameplay and upload it on different online platforms. The installation process is easy, and you will have no problem using it also. Like most of the Android emulator for PC, it works in a virtual machine.

Droid4X lacks an outstanding design but is undoubtedly one of the best Android emulators for PC.  It is compatible with simple games and tries to reach out to the gamers mainly. But you can do different, productive things in it as well. Also, it was updated for last time on March 2016, and that is a drawback for this app. Both Mac and Windows users can get this app and use it on their device.

ARChon is not exactly like other emulators on this list. It is being offered as an extension on Google Chrome. Once you install the extension on Chrome, you can ideally access Android apps and games on it. ARChon can be used on different platforms such as Linux, Mac, Windows, and more. Though, its working process is complicated than most of the Android emulators for PC.

Bliss also runs through a virtual machine and is different than others. You can directly flat run on your PC with the use of a USB Stick, which makes it unique, but the installation process is not easy. The system compatibility matters a lot for using it. If we consider the Android versions, it is capable of running Android Oreo among the recent release. Bliss is recommended for the tech-savvy as well.

So, these options are the best for the ones looking for Android emulators for Mac and PC!