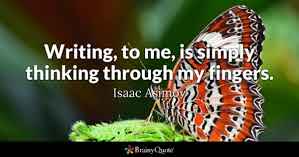 Life is full of cuts  and bends but it is  for us to meander  through  them with  elan.

As a little  kid I was fascinated  by my parents  profession. Both being medicos I enjoyed seeing  them help people, prescribe pills and listen to their problems. I too aimed to be one when I grew  up.

I took the medical entrance tests but unfortunately, I couldn't clear them. I thought it was not my cup of tea. I dreaded the idea of living and working on cadavers  whole day. So I decided  to pursue research. I felt I might discover  the elixir  of youth.

Dedication  and diligence  helped me procure a doctoral degree. I was  thrilled. I was awarded a research  associateship for a period  of three years after my Ph.D. As I was about  to complete  my tenure I found myself  in holy matrimony.

I completed  but it seems  God had other plans. Soon I was into motherhood  and pursuing a career  became a far off dream. I took a sabbatical to rear the kids.

During the sabbatical  I found  myself  again. I had been a wordsmith  in school  and had a flair to write. My English teacher had felt a career  in writing  would be a good  idea. But I had brushed that aside as I was bitten by the  'Science  Bug. '

I started surfing  the net for writing  sites and soon I procured some. I started chasing  my dreams to become a prolific writer. I started sending articles to sites and today  I have become  a freelance  writer, blogger and proofreader.

I have several publications  both on print and digital media. The caterpillar has metamorphosed  into a butterfly. It is a feeling  of joie-de-vivre  to be published  and get adulation  for my  articles.