Is Pride a hindrance for India’s Social Growth? 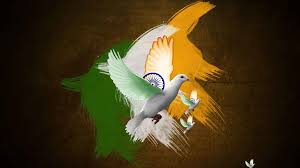 A look at the Present

Welcome to 21st century India, a country popular for producing 100 million tonnes of rice and a thousand plus rapists every year. Where 34 children are born every minute and 1 of them would be killed because of her gender or wasn’t even allowed to make it to those 34. Adults being killed for marrying outside their caste/religion, a student committing suicide every minute, Journalists and Writers threatened for raising questions or a Group lynched for following their brand of God, one doesn’t need too much evidence to conclude that the worth of a life in India is very low even in 2018.

But what about the cause, do we see the other side ?

Every time when innocents are harmed the system is blamed upon, we want the laws to be strict and police on constant alert. We feel that the fear or law and punishment would constitute moral growth. But do we ask ourselves that why are we producing so many Rapists ? What makes a parent hate their own child, to the extent of killing her ? Why can’t we see beyond the blindfold of Religion or Caste ? Why is a two digit number on their Report card valued more than a Students life ?

What if an Indian child is exchanged with a  Norwegian child at birth, why is it that the same (previously Indian) child brought up in Norwegian society is very less likely to be an offender that the latter who will be brought up in India? Since statistically Norway is one if the most crime free and peaceful nations in the world.

Criminals are made, not born

I certainly believe that offenders aren’t just coincidentally born in India on a large scale, it’s our society, culture, mentality etc. that shapes their cause. This is my outlook towards finding one of the root causes of suffering that hinders our growth in different walks of an individual’s life.

Female foeticide has been a major issue, heavily discussed in the past decade. There has been awareness and action that makes it difficult for parents as well as doctors to attempt it. A major example would be the the state of Haryana where a lot of action has improved the situation, all though the results would be clear after observing the make to female ratio in the future. But what about the lives that were taken, did the parents do it willingly or in pain? Strict laws might prevent deaths but Do parents really love the daughter they are nurturing, or is she a burden ?

Question : What is it that makes parents kill their own daughter ?

Answer :  The Pride that they hold in Masculinity and the superiority complex that comes with it.

Explanation : The Indian family system, until recent modernization, was where the Father or the Man was the head. He was responsible for earning as well as taking major decisions. The mother or women were confined to the household. While growing up children viewed females as inferior in all aspects and held the same values when influencing their children and the cycle continued. This constituted a ‘Patriarchal’ Society. And another major reason being dowry which depicted the Groom as if he is doing a favour by marrying the woman. And as time passed people started seeing sons as status symbols whereas daughters as a Burden, and hence the Pride in Sons.

The Indian Educational system has been under a lot of criticism in recent years. We blame it for creating rote learners, less application based curriculum, not providing overall development opportunities etc.. Especially when a student commits suicide every hour, this is something that should be taken seriously. But what about the ‘Social and Parental’ pressure, that students go through ?

Question : What makes parents and society compare one’s worth with a two digit number ?

Answer : The Pride that they associate with academic performance.

Explanation : Being a teacher myself I’ve experienced how authoritarian Indian parents can be. If the school cuts off some lectures, allowing children to play, there would be a group of parents blaming the school for risking the marks of their children and would compare it to another school which conducts extra lectures during holidays or gives more homework.

Secondary school children are being expected to manage School, Coaching classes, Music class, Sports and what not. And their freedom is taken away bit by bit according to what their marks say.

For eg: Rohan wants to paint but is forced to practice math because his cousin Nitin is one of the toppers who studied for 8 hrs without watching any cartoons or playing outside, as told by Nitin’s Parents to Rohan’s, which even though knowing that it’s exaggerated, Rohan’s parents would use as a tool to compare him. At the next family/social gathering everyone would congratulate Nitin while instructing Rohan to work hard, adding more exaggerated stories of their own. Nitin’s parents would celebrate it like the whole family’s success. Rohan will think if he doesn’t score above 90% like Nitin, he would bring upon shame on his parents, as we know may not be the case. This kind of pressure on a scale of lakhs created thousands of depressed students and hence the suicides.

Acid Attacks and crime against women, something we are used to seeing in the news at least every week. Most of these are committed by Teenage males who are rejected after making a relationship proposal. The act usually scars a woman for life. People always demand stricter laws and punishments for such crimes. But teenagers face rejection everywhere in the world, then why mostly Indian Men resort to Acid Attacks or Rapes  ?

Question : What converts an Indian Man’s love for someone to such hate against the same person ?

She states “When I went to research, I was convinced these men are monsters. But when you talk to them, you realize these are not extraordinary men, they are really ordinary. What they’ve done is because of upbringing and thought process.

After you speak to [the rapists], it shocks you — these men have the power to make you feel sorry for them. As a woman that’s not how you expect to feel. I would almost forget that these men have been convicted of raping a woman. In my experience a lot of these men don’t realize that what they’ve done is rape. They don’t understand what consent is.

There were only three or four who said we are repenting. Others had found a way to put their actions into some justification, neutralize, or blame action onto the victim.”

Honor killings, two consenting adults who want to get married killed by their own families because of Religious, Caste or economical differences. Self proclaimed moral policing groups harass couples on Valentine’s day. Authors, Comedians, Journalists and various artists are today facing death threats due to criticizing religious beliefs even in a Free and Secular democracy. The LGBT community are still fighting for an equal status in Society. There are more than a thousand things, that if you say in public, would get you killed or injured within minutes. Why is verbal offence leading to Physical violence ? Why is it okay for someone to publicly threaten a National actress about cutting her nose ? Why are politicians dividing us using Religion ? Why are mob lynchings and communal violence justified? ‘Is this Freedom ?’

Question : Why is the worth of a life in India is less than words and beliefs ?

Explanation : People associate their religion, texts and beliefs with their inner pride and self esteem. When the latter are questioned or ridiculed, people consider it as an attack on their self image. This makes them lose sanity on an individual level and they go to violent extents to protect it. But, when such violent minded individuals get into Organised Communal groups it becomes easy for Leaders and Politicians to misguide them for their own cause. When these Leaders fuel the fire of their hatred we see it unfold as the mob lynchings and massacres today.

So should we stop holding pride ?

Solution : We should definitely take pride since it is an inseparable part of Human Nature. But we should also try to :