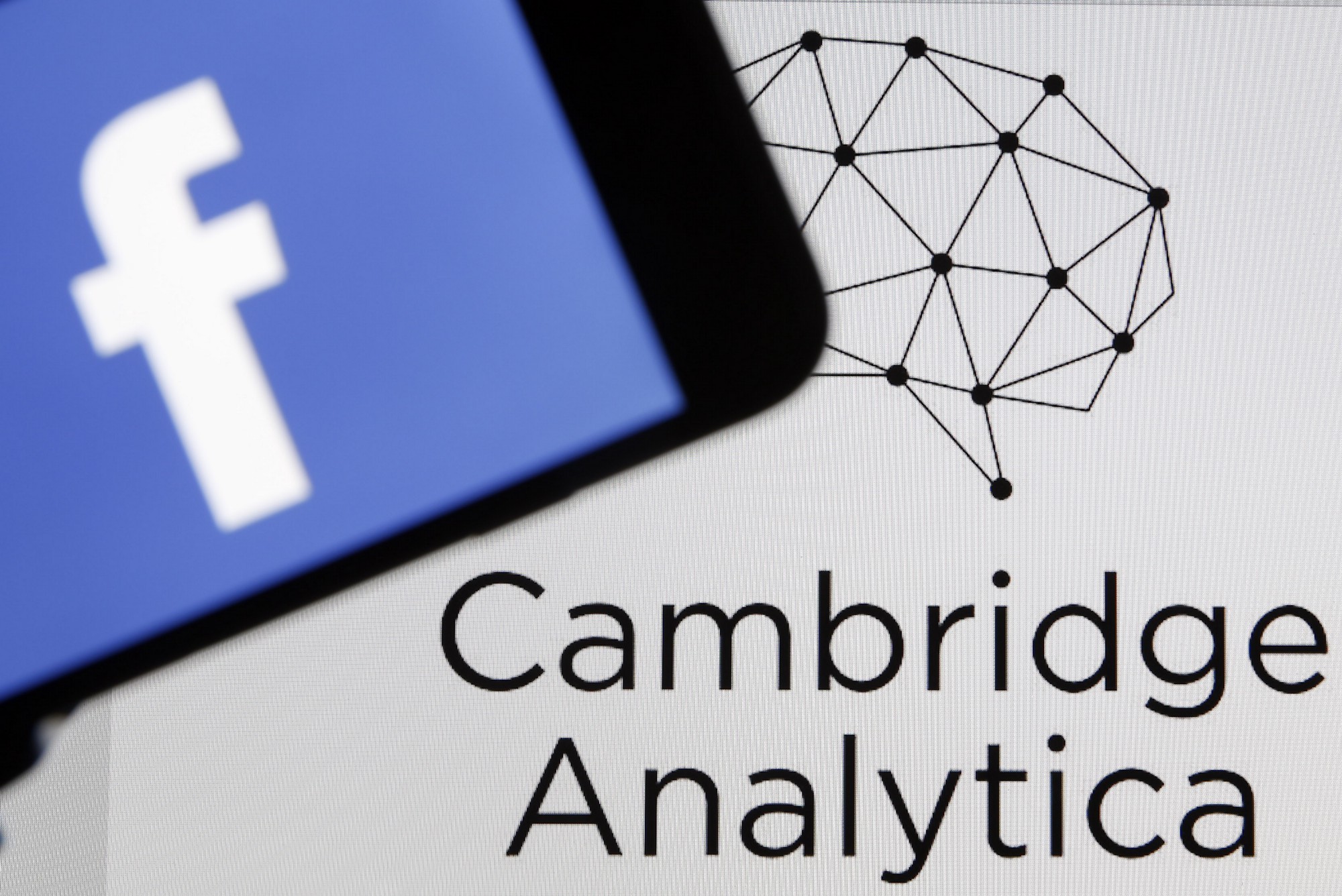 Remembering a scene from a hi-tech sci-fi movie where all the gigabytes are traveling at a speed of light to a hideous black masked person. The reality seems to be merging with the movie life. Yes, a much-discussed topic nowadays, the misuse of our so-called private profiles on facebook. Despite countless news reports and endless information on the internet, I failed to understand what exactly happened to the Facebook and Cambridge Analytica data scam. I asked many of my friends to clear my confusion and to my surprise (not really!) none of them like me were clear about the scam. They just knew about their profile data being leaked out for some political agenda. Why is it wrong? How could it be wrong? Nobody cares(huh!)  because politics means- everything is wrong or, you ought to play dirty. Right?

So here I start from the roots (warning: Don't expect flowering and complex words.)

What is Cambridge Analytica?

It is a political consulting firm based in the UK, but they also have offices in Washington DC and New York. Cambridge Analytica connects to the political parties and helps them sort their political agendas and distribution of the agendas to the target audience. The question here arises is how did they do this? How do they know about the likeliness of particular agendas for a particular group, which becomes their target audience? And as we can see now, in the news the past weeks, they do this by gathering information through data mining, data brokerage, and data analysis or simply, stealing our private information from Facebook.

Data mining means finding data and data brokerage means selling that data. So basically, these guys are scheming straight out of the gate. What's more important, however, is they are using a lot of the information they collect to influence electoral processes all around the world. And even though it's unethical, it's legal--sort of.

"Donald Trump's presidential campaign hired American data-analysis firm Cambridge Analytica and its London-based parent company Strategic Communications Laboratories to gather data from over 50 million Facebook profiles to predict the behavior of American voters" according to investigations by The New York Times and The Guardian.

Aleksandr Kogan, a Russian studying in Cambridge, developed a personality testing Facebook app called "this is your digital  life." When people played this game, it accessed their profiles and their friends profile as well.

Under the guidance of a researcher, he received permission from the social networking company to mine data from its users, but he allegedly took data from millions of people without their consent and then sold that information to Cambridge, a violation of Facebook's terms.

What is Cambridge Analytica being accused of?

they gathered personal information from over 50 million Facebook profiles. Furthermore, Cambridge Analytica didn't have authorizations to get this data from these profiles. They "stole" this information. And, as the Guardian reported, they this did this to create a system that could target US voters with political advertisements curated to their psychological profile.

This entire situation is inevitable in the world of social media, but more importantly Big Data. As a society, we are starting to realize that the information we share online means and says a lot more about each of us than we might want to admit.

reports from The Wire.

"On further questioning about whether Facebook data of Indians was breached, Wylie maintained a stoic silence. In India, the lack of hard evidence has set off a political slugfest between the BJP and Congress over whether the services of the controversial data analytics firm and its India partners were actually used in any elections.

However, to date, the names of political parties and candidates involved remain either unconfirmed due to the lack of hard evidence or obscure with regard to who actually carried out the work that was done.

“I believe it’s [Cambridge Analytica] client was Congress”, Wylie had said, in a testimony to UK’s House of Commons Digital, Culture, Media and Sports Select Committee on Tuesday.

On Thursday, the committee released documents submitted by Wylie as part of his testimony. None of the documents actually mention the Congress Party.

In one such document, it is mentioned that the SCL completed a project between 2009-2010 assessing the phenomenon of honour killings in India’s Punjab, Haryana, Uttar Pradesh and Rajasthan by “examining the cultural and social systems that gave rise to killings” through a system of “problem space mapping” that helped propose various interventions. There is no mention of who the client for this project was.

Also, given to the committee were four pages from a brochure of SCL India, highlighting a success record both nationally and internationally. SCL India’s national projects were tweeted by Wylie on Wednesday and claim to include both regional and national elections. It mentioned only one political party – JD(U) availing SCL India’s services for behavioral manipulation of voters in Bihar in 2010. Its international experience included Kenya, Nigeria, Colombia, Trinidad & Tobago, Romania, Italy, Latvia, and St. Kitts & Nevis.

As The Wire has pointed out though, the London-based data analytics firm would often take credit for the work done by their Indian associates to misleadingly show a larger portfolio of experience, even if they had played no actual role in carrying out those projects.

SCL India’s brochure also contained case studies that boast of: a political research and strategy project in Thailand which involved “a comprehensive research followed by a targeted intervention, [that] radically changed voters’ behaviour”; and a democratic reform project in Indonesia where “covert sponsorship of peaceful rallies prevented disorder and ensured a smooth transition to civilian rule” at the behest of “pro-democratic groups”.

Why was SCL India marketing its services based on these case studies and who were the clients it was targeting? Which political parties or politicians showed interest, and who hired their services and for what purpose?

None of the documents supplied by Wylie provide any answers. The documents lack names of clients and crucial details of projects like costs and benefits. This can only lead to more speculation.

Wylie’s attempt to avoid discussing SCL/Cambridge Analytica’s India operations only creates more mystery around the alleged corruption and unethical practices adopted in Indian elections. This negates Wylie’s firm belief that “we should support clarity and integrity in the democratic process”.

For the sake of his own conviction to safeguard democracy, Wylie needs to show evidence that the world’s largest democracy has used voters’ data to manipulate behavior to gain success in elections. Wylie has promised answers. But will he keep his word? A billion people are waiting."

In my opinion, we might not have been submitted to psychographic profiling on the basis of the ads we clicked and the movies we watched but we have been divided on the basis of gender, age, caste, sect, and religion. The data mining of our Facebook profiles might offend us but this age-old tradition of blindly following the disparity rooted in our mindsets is now questioned. Sadly, our society answers it by ignorance. Who is to be blamed? It is high time we realize that instead of focusing on what social media is doing to us. We have to start questioning everything and not just be passive to whatever the English are injecting. It is a High call to focus on high trash which is running and at the same time ruining our country and us, obviously!