When Women Stopped eating leftovers : A Picture Which Must Change 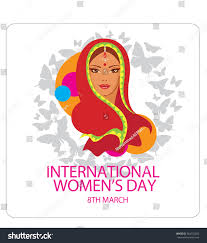 Being Indian, some news brings you shame. This kind of news is one of them. In 21st CE, Where the whole world watches us with their understanding of this century shamed us for such gender discrimination.

In distance village of Rajasthan, Banswara.  Few NGO went and found that there is a tradition for women. In this tradition, women eat after his male partner and family. eventually, NGO found that it is gender discrimination and they started to educated women groups. Ironically, Many parts of India these kinds of practice is social norms. These kinds of practice have been unchanged in many decades. Many people saw them as regressive practice or culture which comes from Hinduism but for few of them, it’s only outdated tradition which must go as we live in the 21st Century.  For Original article please go throw the below mention link:

“Women should be worship like Goddess and Their respect brings Devas (deities) into the home”. (Paraphrased from Manusmriti)

There are several examples where we Indians celebrated the world most taboo things. Sex (Kamasutra is one of the celebrated book in Indian culture about sex) symbols and position. There is temple which is dedicated to sex and sexual posture. I don’t find that people were having about watching these images together.

So how can a society which gives sex (A widely accepted taboos in all Abrahamic religion) images a place in their temple has become such regressive that they were not allowing women to eat together? It simply baffled me.

More than half (51%) of all Indian women of reproductive age have anemia, according to the Global Nutrition report 2017. While our women are not allowed to eat properly. This is a shame situation. But as I was expecting, few readers who have novice understanding about everything had tried to link it with North Indian states, few consider that it’s the fault of Hinduism and few consider that it’s due to our society which has regressive structure.

I would like to remind all Indians, It is our burden to remove such practices out of the window and the real reason for such discrimination practice amongst women has nothing to do with Hinduism or It’s ancient culture. For understanding that women position in Indian society please go throw my blog:

Women In Hinduism – Part One

We must need to accept that after Mugal invasion (I am not blaming here Mugal but the patriarchy culture they bring in India) our culture has been decayed and it is not inline with our scripture which gives women freedom, allow them social and civil rights. Slowly the local practices turn out to be more patriarchy. But I would like to share an example, which no Indian can be denied and that is the proof that still Indian culture have not inhibit complete patriarchy.

When I was a kid. My father used to hard work. I have seen him giving complete salary to my mother (who was the housewife and earn nothing). I have seen him asking money from my mother for his daily expanse. This is the story of millions Hindus household. I never have seen such practice in other culture. Male used to keep all money and give a small number of women for their need. But the above mention practice is a popular culture amongst Hindu family which shows that financial owner of the family is “Women”, They have been termed as “DhanLaxmi” or “Finance Ministers”.

So, In my point of view. This kind of practice happening because of Illiteracy. We need a massive drive of literacy (Dharmic and Modern). We need to teach people what they are doing is against of their culture and Modern values.

Only Education and Social awareness can bring the change we want. Abusing a culture (which certainly no one understands because of its complexity) is novice attempt to shed of responsibilities. Blaming mindless way will help no one.

We must not forget what Upanishads told us about eating habit in the family:

And if a man wishes that a learned daughter should be born to him, and that she should live to her full age, then after having prepared boiled rice with sesamum and butter, they should both eat, being fit to have offspring.

And if a man wishes that a learned son should be born to him, and that he should live his full age, then after having prepared boiled rice with meat and butter, they should both eat, being fit to have offspring.— BRIHADARANYAKA UPANISHAD 6.4.17 – 6.4.18,

The irony with Indians is that We are being more animal after leaving our dharma education. It is time when we bring back the dharmic culture back to our society.