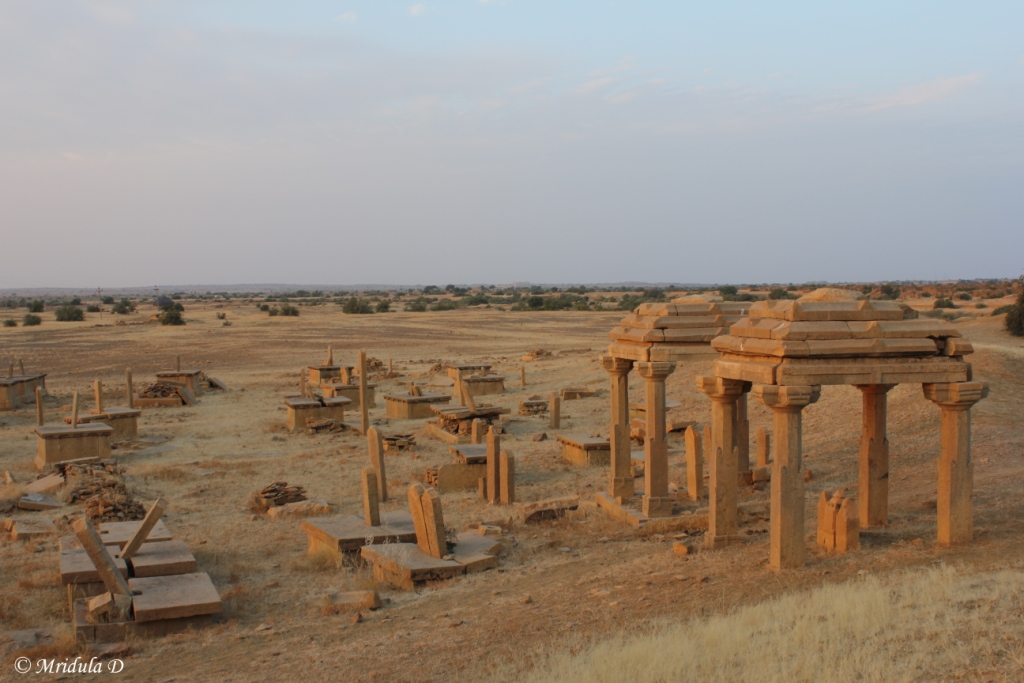 The Haunted Village of Kuldhara

Kuldhara is a deserted suburb at the neck of Jaisalmer district, Rajasthan, India, originated in the 13th century. Earlier it was a thriving village occupied by Paliwal Brahmins. It was desolated in the early 19th century for anonymous reasons, perhaps because of diminishing water supply, or as a native legend justifies, because of maltreatment by the Jaisalmer State's minister, Salim Singh. A 2017 study claims that Kuldhara and other surrounding areas were uninhabited due to an earthquake. Throughout the years, Kuldhara gained the name as a haunted location, and the Government of Rajasthan determined to establish it as a tourist area in the 2010s.

Kuldhara is a forlorn place with a deserted look that fills one’s mind with deep distress when one recalls about the ruined fortune of a number of villagers who were obligated to go away from their inherited land. It is not just the stories that make Kuldhara scary but also the place itself. Sequences of mud dwellings with destroyed walls and no ceilings, standing tall like the cage of a doomed past. From the date it has been isolated, the village remains uncultivated, lying as the villagers had left it decades ago! It is often said that people who try to visit the village during the night-time, experience strange paranormal activities.

It is believed that while visiting Kuldhara, Salim Singh’s was charmed by the chief’s beautiful daughter and he disclosed his wish to marry her. He frightened the Kuldhara villagers that if they denied to give him the girl, he would impose inflated taxes on them. Instead of marrying his daughter to the minister, the chief of the village along with those of 84 neighboring villages decided to depart from Kuldhara and wander to some other place. No one saw the villagers escaping nor did anyone know where they all went. But how could so many villagers disappear in one single night? This still remains a mystery! But who doesn’t admire a tingle of ambiguity and romance? This is what makes the former story more crowd-pleasing!

Deserted and Cursed for over 200 years

Around 20 kilometers to the west of the desert area of Jaisalmer in Rajasthan, lies Kuldhara. As you take the sandy path that leads to it, you will observe the limited occurrence of human existence. The vegetation is negligible – the timid straying herd of animals who have possibly feasted on the remaining bits. The afternoon sun is blistering when you reach the wrecked gates of the town. Kuldhara stands barren and an eerie silence exists all around. This village was forsaken by its inhabitants 200 years ago.

Why is a once prosperous village now nothing but an abandoned old site?

In a period of dominant kings and ministers, about 200 years ago, Kuldhara was home to the Paliwal Brahmins. It was during this time that Salim Singh, the Diwan of Jaisalmer, known for his wickedness and immoral tax-collecting methods, set his eyes on the good-looking daughter of the village chief. The Diwan was hell-bent on having the girl and he warned the villagers if they came in his way he would burden them with huge taxes.

Trembling with the wrath of the Diwan, the people of the entire village ran away to escape one dark night, leaving behind their houses and everything within them. Kuldhara was isolated by its very own dwellers. No one saw the thousand-odd members of the village left. It has been generations now, no one still knows where the Paliwals have immigrated. All that is known is they ill-fated the town when they left – that no one would ever be able to inhabit in Kuldhara again.

That curse was real since the town is infertile and uninhabited till date.

The houses are almost in the same state as they were left at the rear by the villagers. On climbing up the steps of such houses, you can see the entire stretch of the village. Tracks and brick houses, at equal distances from each other, are neatly spread out.

There exists a little temple in the middle of the cluster of houses. Its walls have small holes that once held tiny little lamps.

As the sun sets across the sand dunes, the gates of Kuldhara are clogged by the people of the adjoining villages.

They consider the ghosts of Kuldhara still haunt the place.

Chilly zephyr sweeping all over the village is because of the eeriness of the deserted place. But the legend and curse of Kuldhara would definitely leave you captivated.

Kuldhara nowadays is maintained by the Archaeological Survey of India as a heritage site.