EDUCATION TODAY AND EDUCATION IN THE PAST 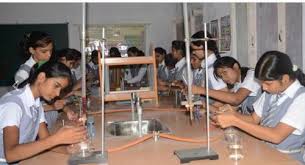 Two days back while going through the newspaper I came across an advertisement which  set me thinking about the type of education being given today. An I.A.S coaching academy was giving different packages for the different type of people ,a weekend package for professionals, weekly for regulars and vacation package for 9-12th standard students. A high school student is at a vulnerable age with a wandering mind. Is he or she so focused  to decide the profession they have to opt. I can only recall my time as a high school student, having a plethora of thoughts, ideas changed as the leaves on the trees. The naive child questioning the elders to satiate his thirst for knowledge and helping him find a stream. The prevalence of joint juncture was an immense help as grandparents were a treasure trove of knowledge. With their experience, we learned the art of living and enjoying life to the fullest. We crossed the bridge at the right time. Parental and peer pressure was very less, less cutthroat competition.Private tuition, coachings were not prevalent. Televisions and phones made a late entry, life was eased out. Reading and playing indoor, outdoor games were a part of our curriculum. Teachers were like a set of second parents, they were our Friends, Philosophers, and Guides. They helped us and felt for us and we felt the same for them. They were beacons of light and illuminated our path, guided us through the storms. We were dolts compared to the nerds of today. The teachers prepared the child for the path and not the path for the child.

As Margaret Mead has said, “We must show the child How To Think and not What To Think.”

A holistic development of the child is necessary. In Tagore’s lines, ”where the mind is without fear and the head is held high” the child should be  fearless and open- minded.

But the picture today of the parent and child is a forlorn picture, the cutthroat throat competition is making them unable to survive. Urbanisation, nuclear families and working parents spending exorbitantly on education and trying to live their dreams through the children is a common sight. A herd mentality is followed since the child is born. Parents with each other regarding the development of the child. A playschool admission is also a unique affair and each parent outdo’s the other to put the child in the best institution.

They flaunt this in front of friends and relatives. At a young age, the child is packed off to school to be educated.

They forget that “But the whole purpose of Education is to turn mirrors into windows.”

Schools, private tuitions, coachings are the order of the day, which do not help to help to “replace an empty mind with an open mind” as

said by Forbes. The mind is clogged with facts instead of worldly knowledge. “Could one small head, carry all he knew” as quoted by Oliver Goldsmith inThe The Village Schoolmaster. Students learn by the rote system but are unable to use education on a practical basis. Life revolves around I.I.Ts, NEET, I.A.S, procuring a seat in these reputed institutions is the dream of students, education today is working for these. The grey cells do not rejuvenate, they are overworked and students in the name of education are a confused mass of Protoplasm.

As Aristotle has said “Educating the mind, without educating the heart ,is no education at all.” There is no time for play which is turning them into dull people.

“The parks so lonely and bare,

The swings stand stately and stare,

Big bags on their backs,

No time for hot snacks.

Life is just not fair.”

Anxiety is written on the students' faces, worrying sick about their future, not accepting “failures as stepping stones to success” but committing suicides. This is education today.

Henry Dewey has quoted “Education is not to a preparation for Life, but education is  Life itself'

This article should be an eyeopener for parents and students who should learn the meaning of education and enjoy life and learn from it.

In the lines of Henry Davies

“What a poor life this is, full of cares

No time to stand and stare.”

Enjoy the bounties of nature, make time for leisure, education will be a pleasure.

. The Gurus had vast information and knew how to teach the most difficult subjects.

2. This Parampara used to take as much time as is needed and because of this, the students used to turn out into good human beings.

3. They used to acquired  high levels of efficiency.

4. The student used to have a high regard for the Guru and discipline was sought after.

6. The environment given to the student was congenial which made him an accomplished person in his sphere of interest.

For example, physical education was compulsory. Students were taught to build up a strong and healthy body. Training was given in the art of war, including archery, riding, driving, and in other allied fields. School education began with phonology, including the study of grammar. Af­ter that,  the study of logic was taken up which dealt with the laws of reasoning and art of thinking. Then came science of Arts and Crafts. Lastly, came the discipline of life which was concerned with sexual purity and chastity in thought and action, including simplicity in food and dress, emphasis on equality, fraternity and independence, and respect for the teacher. Thus, language, logic, craft, discipline and building up character formed the basics of education in early India.

We need an amalgamation of the past and the present to make the students think and perform well.