MISBEHAVIOR WITH TEACHERS AND THEN REPENTANCE OF STUDENTS 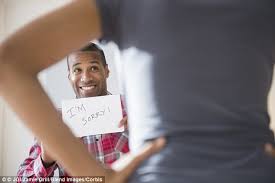 This incident occurred in a school,where a few ninth standard students tried to misbehave with their teacher as they didn't like the subject .They even hated his teaching .The male teacher taught them Biology .He was a simple man who taught with dedication but did not make the subject interesting.He taught them dissection during practical classes and gave a ticking to those who didn't pay attention.A group of girls and boys who had been ticked for not paying attention decided to play a prank on the unsuspecting fellow.One day before he came to class, they spilled ink on his chair.Now they waited with bated breath what his reaction would be.He sat on the chair and when he went to the board to begin teaching, the students giggled among themselves.He sensed something was wrong and without creating a hue and cry, he went out.Returned a little later after cleaning his pant.He didn't ask or scold the children but taught quietly.After he left the students who had done this were stricken with  remorse for their bad behaviour.They decided to own up to show their repentance.They went and apologized and asked  him why he hadn't punished anyone.He had known who the culprits were but wanted them to repent for their bad behaviour.The students cried on knowing this.

This incident took place in a school in standard eleventh.The school a co-educational school had a reputation of having misbehaved students.A Chemistry teacher had just joined the school.She was a young and inexperienced teacher.She came and gave the first Chemistry lesson to class eleventh. Her voice was too soft and the students felt her knowledge wasn't up to the mark.Now they decided to misbehave in class and ultimately due to indiscipline she would be removed.A few rowdy students started throwing chalks at her,when she turned her face to the board to teach.Some made paper planes and started throwing them at each other while her back was turned.One student had the guts of blowing his bubble gum and he blew a big bubble,while she called him to her table.The gum got stuck in the teacher's hair.She did not reprimand or complain about him or any other student.She let him go after telling him not to repeat the behaviour again.She taught unmoved.The students were moved by this gesture and were repenting on their behaviour. The student who had been blowing bubbles  was moved that the teacher had not castigated him in public .He apologized to the teacher and even went to the principal to reveal his fault and accept his punishment.