Chinese space station on a collision course to Earth 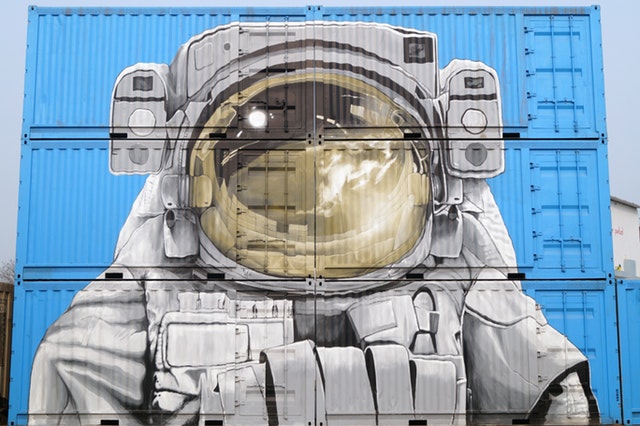 A satellite crashing on your front door might be one of the most unrealistic pranks played on you this April Fools Day but this idea isn’t far-fetched anymore.

The Tiangong- 1 or “the heavenly palace”, China`s first space station, is reported to crash land this weekend. The 8.5-tonnes metallic structure moving at a speed of 27000 km/hr is uncontrollably plummeting towards our blue sphere. It is all set to burn through Earth’s atmosphere between 29 March and 2 April.

The crux of the entire matter is that the site where the Chinese space station will strike after re-entry is still unknown.

Based on The Aerospace Corporation’s analysis of Two-Line Element set data from the JSpOC, the last orbital adjustment for Tiangong-1 was made in December 2015. Likewise, amateur satellite trackers have been tracking Tiangong-1 and claim it has been orbiting uncontrolled since at least June 2016. After an operational orbit of 1,630 days, China's first space lab Tiangong-1 terminated its data service as stated by the manned space engineering office of China on 18th March.

The speech at Rice Stadium in Houston, Texas on September 12, 1962 was intended to persuade the American people to support the Apollo program, the national effort to land a man on the Moon. But today the there is no need of such quotes to promote space exploration with every country keen on advancing in this field. China being on of the most competitive countries on the face of the globe launched their spaceship from the waterless dunes of the Gobi Desert in 2011. Followed by the Tiangong -1 station going into orbit in September and was designed for testing technologies related to docking in orbit. The People`s Republic of China is the only third country to have space station and thus became a pioneer in conducting space exploration missions through the Tiangong-1 venture. China is already adamant on launching a Mars Mission in 2020, all set to overtake all the competition on the global scale to turn out to be the front runners in the Space frontier in the coming decade. The space station was also visited by China`s first female astronaut, Liu Yang, in 2012 among the  Shenzhou- 9 and  Shenzhou- 10 missions which marked China`s first manned space mission.

The space station was supposed to have a "controlled re-entry" splashing down in the calm waters of the Pacific Ocean far away from human sight. China claimed it would burn up on re-entry but space experts said, for an object of that size, between 10 per cent and 40 per cent of it could survive the fireball, with pieces reaching land or the ocean. A spokesman for the European Space Agency said: "It can be surmised that Tiangong- 1 will break up during its atmospheric re-entry, and that some parts will survive the process and reach the surface of Earth."

The European Space Agency also state that the object is (35-foot rubble of metal) roughly the size of school bus and could rain down anywhere between the 43rd North and South parallels which include the highly populous cities of London, Paris, Mumbai, New Delhi, Sydney and even Wellington in list of cities that might witness its wrath first hand. In fact, all of India, Australia and even the continent of Africa are entirely within the probable range of where the space station, or what remains of it upon re-entry, will land. As it is claimed that 10-40% of the mass could survive re-entry making the impact a dangerous scenario.

There is much ambiguity regarding the predictions made to determine Tiangong-1's course of re-entry because of a multitude of factors. Some being the uncertainties in exact mass and material composition of the space craft itself as China has released little information apart from its altitude and without more details of its design European scientists and NASA have had little information on which to base their predictions for the landing area. While external factors include the difference between the densities of the various layers on the atmosphere which may heavily affect the space station`s re-entry.

Also, the exact location and the speed of the space station at this instant are still unknown and are still at most being guessed by various astronomical experts across the globe making this predication game even having slimmer odds than a one winning the roulette.

Many questions come to mind based on the time and location of impact such as- What happens if a city as populated as Mumbai is the place where the fiery mass of metal comes crashing down? The amount of damage it can inflict on the 2.1 crore Mumbaikars and their livelihood.

It is unlikely that this is a controlled re-entry. Although not declared officially, it is suspected that control of Tiangong-1 was lost and will not be regained before re-entry. It is highly unlikely that debris from this re-entry will strike any person or significantly damage any property. The only known case of space debris striking a person is Ms. Lottie Williams of Tulsa, Oklahoma in 1996. Fortunately, she was not harmed in any significant way when struck on the shoulder by a six-inch piece of metal from a Delta 2 rocket.

The Aerospace Corporation has declared to perform a person and property risk calculation for the Tiangong-1 re-entry a few weeks prior to the event but it is uncertain how it is going to be determined based on the ambiguity of the site of crash landing. It is a sigh of relief that no astronauts are on board of the space station at this current time as the last manned mission departed from Tiangong-1 in June 2013. Depending on the time of day and cloud visibility, the re-entry may appear as multiple bright streaks moving across the sky in the same direction. Due to the relatively large size of the debris, it is expected that there will be many pieces re-entering together, some of which may survive re-entry and land on the Earth’s surface which is the main concern of everyone at this moment.

Stijn Lemmens, an ESA space debris expert based in Germany, said: "Over the past 60 years of space flight, we are nearing the mark of 6,000 uncontrolled re-entries of large objects, mostly satellites and upper rocket stages. The odds of being hit were one in 1.2 trillion, or 10 million times less likely than getting hit by lightning.”

The Tiangong-1 has truly been a marvel for the People`s Republic of China. It has helped the nation advance in the space sector by leaps and bounds in past decade. Though it raises concern over the issue of decommissioning space stations and satellites that are terminated.

The concern isn't the six thousand instances of uncontrolled re-entries the blue sphere has faced since the dawn of space exploration but the risk of harm to the billions of lives on this Earth when these man-made heaps of technology come tapering down to the very soil we call home.

Every day we put ourselves to risk as we set course to discover the cosmos even further. As Stanisław Lem rightly penned in his science-fiction novel ‘Solaris’-

“Man has gone out to explore other worlds and other civilizations without having explored his own labyrinth of dark passages and secret chambers, and without finding what lies behind doorways that he himself has sealed.”