Black Clover. The birth of a demon 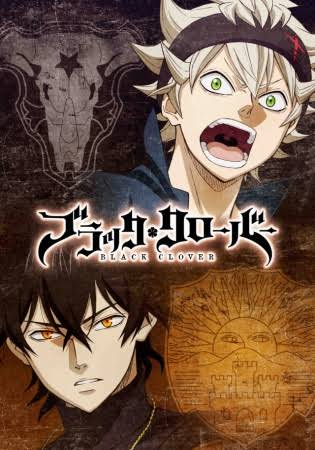 In a world where magic power is everything, the story follows the journeys of two orphans- Aster and Juno who were abandoned at the doors of a church on the same day. Inseparable from that day, they trained together in hopes of becoming a magic knight, all in order to someday, become the magic emperor, the strongest magic knight who long ago saved the world from destruction. However, one day their paths diverge and Juno, who’s a prodigy at shaping his magic becomes cold towards Aster who couldn’t bring out a sliver of magic power. Juno hones his skills relentlessly while Aster, still not giving up, trains his body to surpass his limits. Every year, all the 15 year olds in the Kingdom of clover gather to receive their grimoires, times that augment one’s magical power. While the grimoires normally have three clover leaves, symbolising faith, hope and love. Juno receives the legendary four leaf clover with the added leaf of fortune. As for Aster, he doesn’t receive a grimoire of his own. Aster still doesn’t give up and resumes his training. Later that evening, Juno is ambushed by a fallen magic knight who seeks to sell the legendary four leaf clover grimoire. Aster rushes in to help only to be beaten into the ground. In his moments of desperation, his calls are answered by a dusty and beaten up grimoire. Unknown to Aster, this is a 5 leaf grimoire, the fifth leaf symbolising the demon. After sending the magic knight packing, Aster and Juno renew their pledge to see which of them would become the magic emperor. What does the future hold for our young orphans? Only time can tell.