How did Subhash Chandra Bose die? 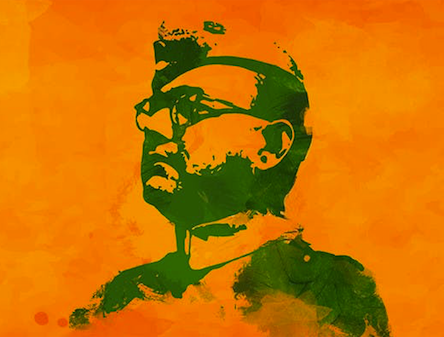 As the anonymity over the disappearance of Netaji Subhash Chandra Bose is yet to be determined. Although there was an official report about Netaji’s death, that said in August 1945, after the Japanese had given up, Netaji took off on a Japanese bomber to go to Manchuria from Bangkok. On the other hand, after the plane took off, it crashed within a few minutes. Bose was on the journey along with Japanese General Shidei and some other Japanese officers. Bose was burnt real bad in the crash and was carried to a general hospital where he was acknowledged dead. It was reported that his body was cremated the very same day and the ashes were taken to Tokyo, where they were supposed to have been buried in a Buddhist temple. However, in the consequences of the cremation, no death certificate or photographs were made obtainable, which is what gave birth to the controversy. When the Japanese News Agency proclaimed the death of Netaji Subhash Chandra Bose in a plane crash, Mahatma Gandhi believed that the report of his death was true and he further added that one should gain knowledge from hoe Netaji lived all these years and get inspired.

While many people think that the death report was not accurate. They assumed that the story was a build up. They thought that the story was cooked up in order to allow Netaji to flee to Russia. There were quite a few stories of him being still alive and public spotting him.

There are four conspiring stories about Netaji’s death. But which one is true?

Bose was declared dead seventy-three years back but the ambiguity has not died down yet. These four theories which perhaps seize the key about the inexplicable demise of Subhash Chandra Bose, what might have happened to the firebrand Independence leader? Will we ever come across the truth? Quite a less possibility, but let's try finding out through the theories.

1. Bose died in a plane crash and was cremated in Tokyo the same day

The most familiar myth that most people believe is what was affirmed in an RTI response to Sayak Sen by the government of India. Bearing in mind the statements from the Shanawaz Committee, the government claimed that he died in an air crash in Taiwan together with the Japanese General Shidei on August 18, 1945, and that his corpse was reduced to ashes the same day and the remains were taken to a Buddhist temple in Tokyo, which eventually gave rise to other altercations as follows.

2. Netaji was mutilated and killed in lockup by the English

With respect to the book authored by Maj Gen G D Bakshi, Bose: The Indian Samurai - Netaji and the INA Military Assessment Netaji did not die in a plane crash, but the presumption was drifted for the smooth the progress of his escape to the Soviet Union. So, while simplifying the secrecy of his death this book says he died at some stage by the torture by the British in prison.

3. Netaji was alive and kicking, according to the French Secret Server

Paris-established historian JBP More excerpted descriptions from the France SecretService which once claimed that Bose’s presence in 1947, in the documents it unmistakably mentioned that he was the ex-ruler of the Indian Independence league and also a part of Hikari Kikan, a Japanese association. While the British and India kept on strongly to the point that he died while responding to an RTI request in a plane crash, the French never gave approval to that theory.

There lived an assumption which also believed that Bose came back to India and lived as a solitary person in Faizabad in Oudh with an unreal name (Bhagwanji or Gumnami Baba) the in disguise man who lived till 1985. Bose is also supposed to have left behind a number of his trunks.