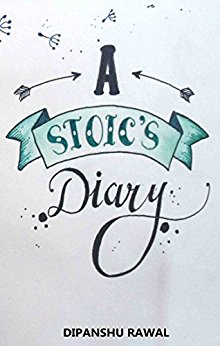 Stoicism is an ancient Greek philosophy developed around 300 B.C. as a modification of Cynicism which teaches the development of self-control and courage by fighting destructive emotions. It is not just a set of beliefs but a way of life with practice and including the logic mostly. Soliloquy and a kind of meditation aimed at training one's attention to remain in the present moment is the main characteristic.

No wonder it’s not more popular. No wonder the Stoic sage, in Western culture, has never obtained the popularity of the Zen master. Even though Stoicism is far more accessible, not only does it lack the exotic mystique of Eastern practice; it’s also regarded as a philosophy of merely breaking even while remaining determinedly impassive. What this attitude ignores is the promise proffered by Stoicism of lasting transcendence and imperturbable tranquility.

It ignores gratitude, too. This is part of the tranquility, because it’s what makes the tranquility possible. Stoicism is, as much as anything, a philosophy of gratitude – and a gratitude, moreover, rugged enough to endure anything.

The title of the book ' A Stoic's Diary '  is very  attention capturing and new. The book cover is very subtle and doesn't talk much about the book. The art of Stoicism is briefly yet illustratively and practically is explained in the book. The concept of mind maps and looking at a problem in different dimensions is observed as the main concept in the book. Self awareness, self help, will power and perseverance are explained in a beautiful manner. One of its kind of a book in the field of Stoicism. Kudos to the author.