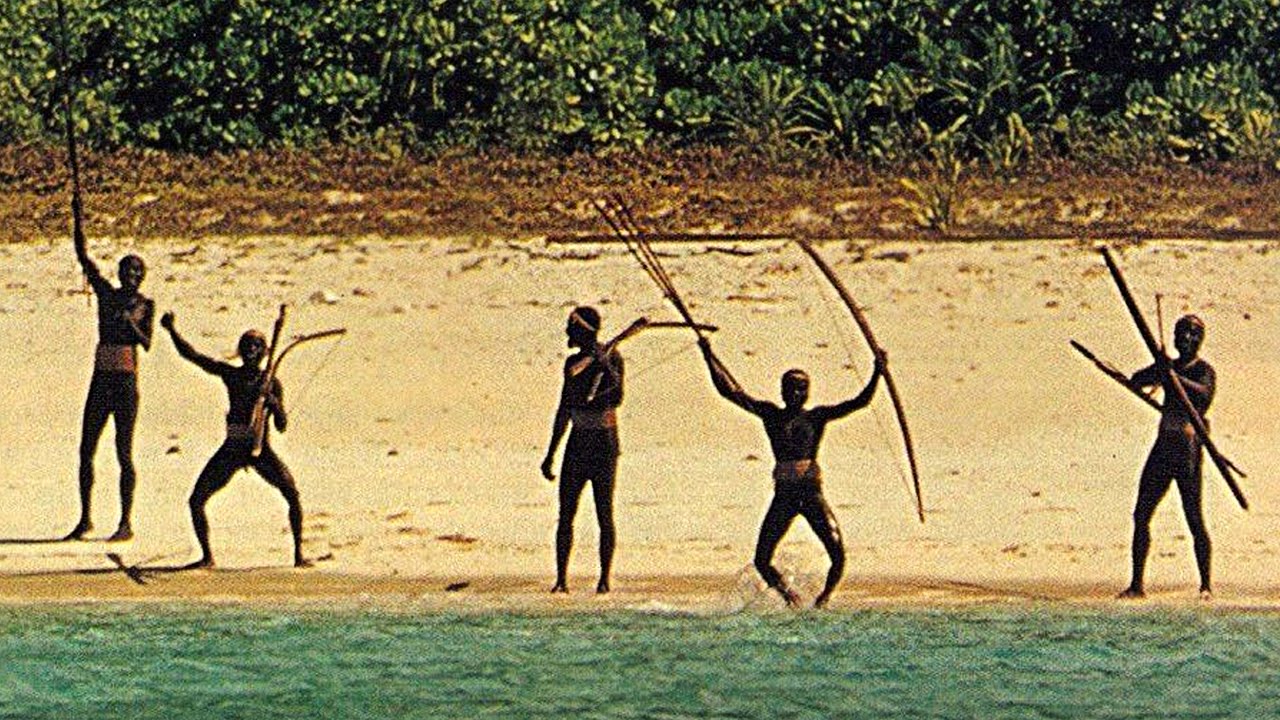 The Sentinelese are one of the last beings in the world who continue to be intangible by the new society. Here is an approach to what we know about the unknowable clan. On the small North Sentinel Island in the Indian Ocean, you’ll locate the Sentinelese. We name them that because we have no clue what they call each other.

While the others in the world have apparently shifted into what can be phrased as an up to date culture, they are really one of the last tribes on the earth to survive as primeval humans did, due in large part to their aggressive, often brutal, actions towards anyone who comes within reach of the North Sentinel Island.

The island is formally a component of the Andaman and Nicobar Islands, yet the administration, acknowledging their wish to be left alone, reflects the Sentinelese as a self-governing entity, means that they rule themselves and live according to their respective rules.

The island itself is one of the last outstanding unexplored territories in the world! As such, what is known about the island and its residents arises from inspections made at a safe distance, by and large, limited to the thin strip of the observable beach. The irregular meets with the tribe, more often than not, have been fruitless.

Portrayed as “arguably some of the most enigmatic people on our planet,” in a statement by The Seattle Times, the Sentinelese are supposed to have occupied the island for over 60,000 years!

From what examiners have been able to interpret, the people survive on hunting, assembling, and fishing, and live in homes made of palm leaves. They also look as if to have some approach to cold-smiting modus operandi specified by their assortment of weapons, such as harpoons, arrows, bows, and spears, which they have styled themselves.

While they do not cover their bodies with clothes, they do beautify their bodies with leaves, and garlands made out of plants. Their comparatively short build, dark skin, and peppercorn hair all propose that they may have traveled from the African subcontinent centuries ago.

For a long time, they lived their lives apparently uninterrupted, partly due to groundless rumors that they were cannibals—until British trespassers entered their territory in January 1880. Led by colonial administrator Maurice Vidal Portman, the attackers looked for high and low for hints of the tribe. Ultimately, they came across an aged couple and four kids. As per the British practice, to set up ‘friendliness,’ they abducted the family and took them to Port Blair. The parents soon died, perhaps contracting diseases to which their body was not resistant, but the children were encumbered with gifts and came back to the island, where they rapidly vanished into the forest.

They were left alone after that, as the British turned their concentration to the other tribes in the environs.

It was only in 1967 that people tried to create contact again, in a sequence of voyages, led by anthropologist TN Pandit.

The first “contact” journey, as it came to be known, was not a success—the tribe recoiled into the jungle, and the party was futile to connect with any of them. In the following missions, the Indian Navy vessel would fasten far from the island, and small boats would be sent up until a safe distance, where the party would then plunge gifts into the water, to wash up on the seashore.

They would linger, to witness if their gifts were acknowledged. Photographic proof shows that in some instances, the party was able to persuade the tribe to leave their weapons behind and acknowledge the gifts, but this would be short-term, and soon, the party would be compelled off the island with the threat of weapons and loud cries in words which no one could know.

Pandit and his squad weren’t the only ones who tried. In 1974, a National Geographic team target upon shooting a documentary about the Sentinelese tried to advance the island, carrying gifts, which comprised of coconuts, aluminum utensils, minute toys, and a live pig. Rather than a warm welcome, they were greeted with a sequence of arrows, one of which stabbed the director in the leg.

The man who attempted to shoot the arrow is prominently said to have chuckled in victory, while others slaughtered and buried the pig. The only gifts that they accepted were the coconuts and the aluminum utensils.

After 1990, the tribe started allowing boats nearer to the shore and would connect at times, in meekly friendly contact, accommodating gifts and leaving their weapons behind. On one event, in 1991 when Pandit and his team turned up, the people came defenseless to welcome them, climbed into their dinghy and were inquisitively touching everything.

He continues, saying, “But there was this feeling of sadness also—I did feel it. And there was the feeling that at a larger scale of human history, these people who were holding back, holding on, ultimately had to yield. It’s like an era in history gone. The islands have gone. Until the other day, the Sentinelese were holding the flag, unknown to themselves. They were being heroes. But they have also given up.”

It was a burst through, even though the tribe did not allow their distant visitors to stay for long. However, the government closed the voyages in 1996, after the beginning of diseases to which their bodies were not resistant had resulted in several deaths in a similar program conducted with the Jarawas, another tribe in the Andamans.

With that, the tribe went back to their defensive ways. In 2006, two fishermen who were illegally looking for mud crabs got a little too close. The results were disastrous, leading to both of their deaths, and the helicopter sent to retrieve the bodies was continuously shot at with arrows.

It was clear that visitors were unwelcome, and the Sentinelese continued to protect their territory, ferociously.

Curiously, the 2004 tsunami seemed to have left the tribe unscathed, and helicopters which dropped food packages a mere three days after the event observed several of the members on the beach. They refused any aid that the helicopter attempted to provide and instead, shooed them away by brandishing spears and arrows.

So, despite the promises of modern culture, why have these people continued to discard any contact with the outside world? More importantly, how long can they protract themselves that way?

It is only probable to wonder, but there have been all kinds of theories. The noticeable one is that the Islanders have everything they could possibly need to uphold themselves, from coral reefs teeming with fish, to a productive jungle which harbors plants and other animals. Some believe that it is their tradition to protect their land from interlopers. They say that stories of past brutalities from “foreign invaders” have been passed down through the clan, leaving them guarded against any contact.

Others have even gone to the degree of saying that the islanders are hiding something within the depths of the jungle—that they may harbor a resource no one else has.

The fact is, we have no way of knowing without hampering a society that has remained unbroken for thousands of years, and without possibly decades of attempts to set up a peaceful relationship.

Talks of re-assuring contact have at times come into play and have till date been refused typically because of two reasons. Firstly, because the Sentinelese would be in danger of illness and even death, due to exposure to foreign agents. Secondly, their refusal of foreigners has been so strong that establishing a government against their will would take away their dominion.

Why chain up a self-sufficient society with the weight of modern civilization? Why turn free people into one in which a complete tradition is lost, like the innumerable tribes before them?

If what we wish for is an approaching into their world, it is completely possible, but we must be organized to pay the price for the outcomes. Until that time, the Sentinelese will carry on to remain a secrecy, one of the last justly free people on earth.