IPL brings the Cricket fever back this summer 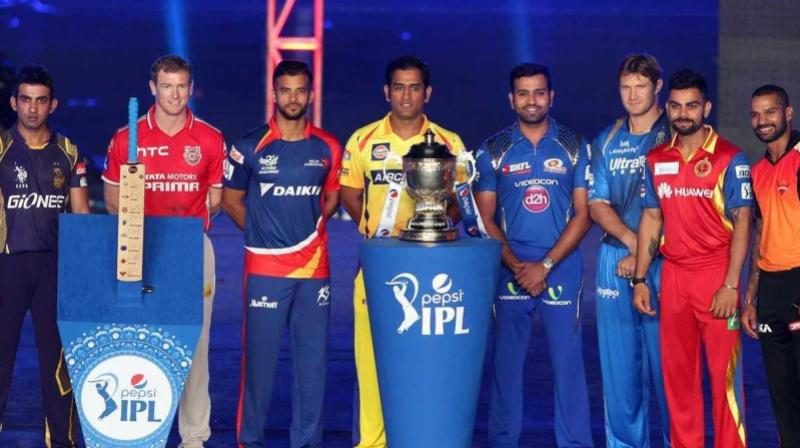 The cricket fever is back again in India. It is time to bring out the blow horns, wave your flags and cheer your favourite team to glory. The Indian Premier League after entertaining the entire world for more than a decade, with its ten successful seasons, has come back with its 11th edition. Eight teams compete for a shot at glory this summer.

The IPL has created history in the past decade with it being the most-attended cricket league in the world and in 2014 ranked sixth by average attendance among all sports leagues. In 2010, the IPL became the first sporting event in the world to be broadcast live on YouTube. The brand value of IPL in 2017 was US$5.3 billion, according to Duff & Phelps. According to BCCI, the 2015 IPL season contributed ₹11.5 billion (US$182 million) to the GDP of the Indian economy.

The 2017 edition came to a classic Mumbai Indians victory as they snatched the victory off their opponents Rising Pune Supergiants by winning the IPL title by 1 run. This was the 3rd time the Mumbai franchise was crowned IPL champions. This year they look adamant on defending their title against the other seven competing teams.

This year, the two franchises- Rajasthan Royals and Chennai Super Kings have made their much-anticipated return in the IPL after completing their two-year ban following their involvements in match fixing and the betting scandal. MS Dhoni is all set to lead his CSK team to glory yet again as their captain. Unfortunately, Rajasthan Royals will be without their ‘Golden Boy’- Steve Smith, who faced a one year ban due to his involvement in ball-tampering during the third test match against South Africa. Though fans of both franchises seem to welcome their teams back with regained faith in their players.

The 2018 IPL auction was a site to behold for everyone as we saw an entire re-shuffling of all the franchises. the eight franchises were all set to buy 169 players at VIVO IPL 2018 Player Auction. The two-day mega VIVO IPL 2018 Player Auction concluded in Bengaluru with 169 players filling up the 182 available slots. Right from its inception, the league has been a destination where talent meets opportunity and it was once again evident as out of 113 Indian cricketers that were bought, 71 are uncapped, and will get a chance to unleash their potential in the upcoming edition. Last season, Afghanistan players made their debut and this time, the VIVO IPL has a new addition with Sandeep Lamichhane becoming the first cricketer from Nepal to join the world’s best T20 league. With 56 overseas players, the 11th season will see representations from nine different nations. The India U19 cricketers that won the ICC World Cup in New Zealand 2018 were hot picks as franchises invested in the youth.

With a total of ₹4,31,70,00,000 being spent, Benjamin Stokes, the English international cricketer and former vice-captain of the England Test team, being the costliest player in the auction going to the Rajasthan Royals who needed someone like “Ben” after the loss of their captain Steve Smith.

Jaydev Unadkat became the costliest Indian buy at the auction with his price skyrocketing to ₹11.5 crore from a base price of ₹1.5 crore after a bidding war between Chennai Super Kings and Kings XI Punjab. Rajasthan Royals, however, had the last laugh.

Middle-order batsman Pandey, who had an average year for India but good season at the previous IPL edition, bagged a deal worth ₹11 crore from Sunrisers Hyderabad. Sunrises will hope that Pandey will have what it takes to pull through without the aid of hard-hitting Australian batsman David Warner in this edition of the IPL. There were some shockers too in this year’s auction. Big names like Lasith Malinga and Hashim Amla in the game of cricket remaining unsold throughout the auction. The 34 year old Shaun Marsh had no takers this year with his former team Kings XI Punjab not bidding on him as they plan to reshape their team.

The IPL 2018 went underway with the Mumbai Indians facing their arch rivals to the title- Chennai Super Kings in the first match. Captain Rohit Sharma led the men in blue against MS Dhoni’s men in yellow on the night. The match was filled with many twists and turns. Supporters of both teams believed that their team could take it all the way. But it was Kedar Jadhav who stole victory out of the hands on the Mumbai Indians as he hit the four of the last ball of the match. Chennai won the match by a single wicket. Chennai have won both of their matches till now. While Mumbai have faced three last ball loses in all their three matches in this edition of the IPL.

The Sunrisers Hyderabad are at the top of the table currently with Chennai Super Kings trailing them by a game. Though it is still tough to decide which team can ultimately win the IPL title. As the Mumbai Indians have shown in multiple editions that any team can turn the tide even in the course of the last 5 matches.

Will the defending champions pull another last-minute recovery yet again to crown themselves four-time champions;

Or will it be the returning Franchises of Rajasthan Royals and Chennai Super Kings, both being former champions, that will lift the title once again;

Or someone new like the Royal Challengers Bangalore, who always seem to fall short by an inch to the winners, be crowned maiden champion.

Being early days though some teams might have their noses in front it can be any of the eight teams that may lift the title ultimately at the end of the season. The stakes have never been higher. The timber of the bat is all set to meet the fiery cork balls. Though the season champions will be crowned on the 27th of June, it is certain that this edition of the Indian Premier League will entertain the spectators like its previous editions. There is passion, love, few nail-biting finishes and also some drama around it.

The IPL in India is not just a cricket competition, it is a festival where 132.42 crore Indians celebrate something dear to our heart- The Game of Cricket!