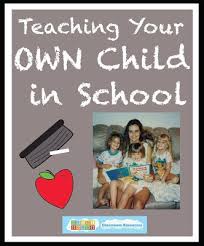 Having a mother or father as my teacher in school would make my life miserable as I wouldn't be able to make my own identity.My identity would be my parent's identity.Every student or teacher would know me as Mr or Mrs child and would judge me according to my parent's behavior. I want to have my own identity in life and not be judged according to their behavior. School life won't be the same as teachers wouldn't like me to be unruly or break the school decorum being a teacher's child. I would know the all the school things in advance compared to my classmates and there would be no surprise factor.I won't be able to fool my teachers as they will complain to my parents. Doing something wrong will mean double detention. I wouldn't be given leverage if I did badly in any subject as there would be a pressure to excel. Doing badly would mean spoiling my parent's image as a teacher.

Not doing my home work would become problematic. As teacher's won't give me leverage and complain to my parents. My parents would always be the teacher be it school or home and would sermonize me.Even teachers would take the opportunity to tick me as they would have known me since childhood.Enjoying with friends, mimicking teachers wouldn't be possible and life would become dull. Sometimes a faux pas might occur if there would be a slip of tongue and I called them mom or dad in the class.Classmates will giggle and mock me. Getting top marks in a subject would create suspicion as my friends might suspect favoritism.Parents being my teachers in school would make it difficult as they would try to give me less marks if they taught my class to avoid the the partiality tag. I would have to wake up early, reach earlier than others and stay till  late.

A few privileges like coming to know my grades before the other students, enjoying faculty gossip,entering the staff-room without permission, often going to the principal's office without awe, getting the celebrity status and enjoying .

But  living under constant pressure and unable to spread my wings,have my own individuality won't be a nice idea. So for me to soar I wouldn't like to have my parent as a teacher in my school.My parents maybe my first teachers in life, I would adulate them but in school I wouldn't like it. I would like to carve my own niche in life without being judged and reach for the stars .