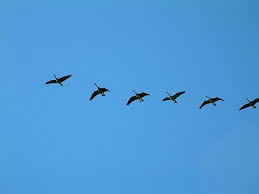 The digital world- the world running on digits. A world that ‘transmits’ things perfectly. A digital fix that facilitates better , unhindered, quality transmission by virtue of being on digits. Does it really ? Does the world which limits your view to the rectangular screen ,yet has the means to widen it beyond horizons actually a better world  ,or is it even a world ?

The on-line class is one such feature that vanquishes distance and establishes student-teacher contact without any hassle of travel -time or accessibility issues. The on-line classes which started as an option for students catapulted into being the need of the day due to the COVID pandemic. A facility which served as a choice for students was thrust in the daily life of unassuming children. Children who by nature are, and rightly so , active ,chatty , curious, and unhindered were forced to sit in front of inanimate screen ,thoroughly controlled by the digital advancement , restricting their participation ,regulating even their speech.

The children ,who till now were considered a handful lot with tags like unruly, noisy ,dis-respectful have been brought under 'control'. They have been reduced to a symbol on the screen. The ever inquisitive mind manifesting itself in frantic discussion on the given subject is now allowed to speak in turns as the digital world insists on ‘perfection’. It cannot transmit ‘quality’ when thinking mind speak one over the other-the thoughts have to be regulated , speech restricted. The young ideas , views and free conversation has to be muted and cloaked behind the dark, inexpressive screen till the time permits.

The whole digital shebang is preventing an entire generation of thinking minds, who should have been debating, discussing, probing vociferously are finding themselves voiceless. If this continues for long, then there is a chance of raising up a submissive , gutless ,easily controlled lambs who cannot negotiate or further one’s concerns.

The Victorian ideal believed ‘children should be seen not heard’-in the digital world the children aren’t seen either!!

My dear children –‘Your spring and your day are wasted in a digital world’, as Blake would have reworded the lines of his poem.