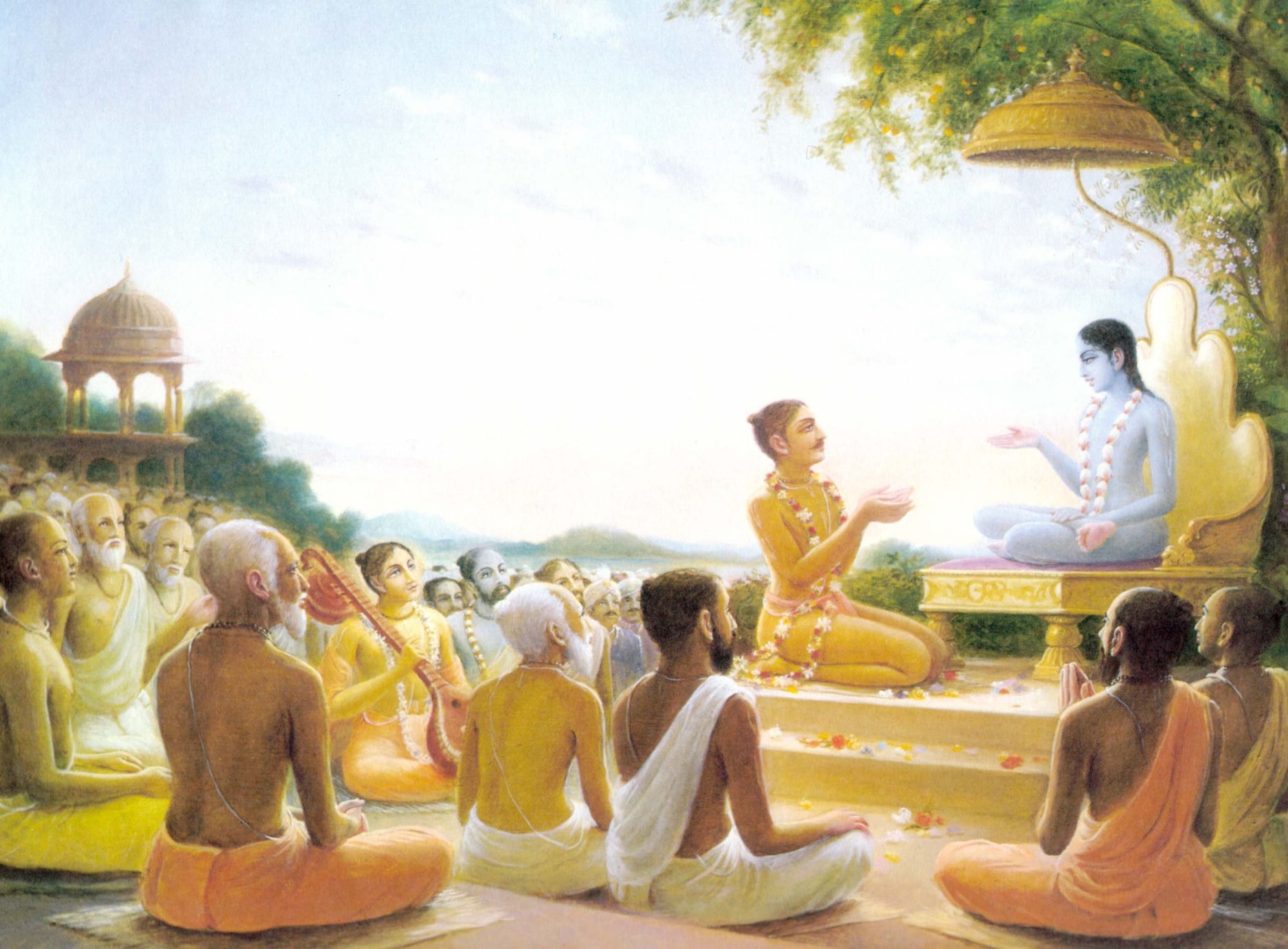 O expert and thoughtful men, relish Śrīmad-Bhāgavatam, the mature fruit of the desire tree of Vedic literatures. It emanated from the lips of Śrī Śukadeva Gosvāmī. Therefore this fruit has become even more tasteful, although its nectarean juice was already relishable for all, including liberated souls.

Srila Vyasa dev, the literary incarnation of the Lord, has presented all vedic knowledge in the form of the Vedas, Upanishads, Puranas and so forth, for the benefit of the human society in the age of Kali. In these great literatures he has provided all knowledge on each and every field of knowledge that is to be known by man, ranging from medicine, science, astrology, architecture to music, dance and all other fields of knowledge. Along with information regarding subject matters pertaining to the mundane world, he has given transcendental knowledge for those who are inclined towards self realisation, understanding the true purpose of this human form of life. However, even after having written all these scriptures, Vyasadev felt dissatisfied at heart. Understanding the mood of his dear disciple, Narad Muni instructed him to compose the Srimad Bhagwatam and to describe the transcendental names, forms, qualities and pastimes of the Supreme Personality of Godhead Sri Krishna and his various incarnations. This would give him great transcendental bliss, as the reason for his dissatisfaction was that he had not directly glorified the Lord and the path of Bhakti in any of the literatures that he had composed so far. Following the instruction of Narad Muni, Srila Vyasa Dev composed the Srimad Bhagawatam, which is the natural commentary on the Vedanta Sutra, the essence of all the Vedas. In this spotless literature, he has given the essence, the cream, of all the Vedas in the form of the glorification of the Supreme Personality of Godhead. For this reason, this greatest of all literatures has been described as the mature and ripened fruit of the tree of Vedic literatures. Just as a ripe mango is said to become even more relishable after a parrot has tasted it, similarly, the Srimad Bhagawatam is even more relishable for it has emanated from the lips of Sukadev goswami, the son of Sri Vyasadev and who is none other than the pet parrot of Srimati Radhika in Golok Vrindavan. Who could better relish and enable others to relish the nectar of this great literature other than an eternal associate of Radha Shyamsundar. This great literature, which is saturated with the topmost rasas, is relished by the liberated souls, who are detached from the material world. The great personalities, who have given up all material entanglements and are completely aloof from the material world, are naturally drawn towards the glories of the Supreme Lord, for they are full of nectar and beyond the mundane realm. Therefore, this literature which describes the names, forms, qualities and pastimes of the Lord are relished by the great devotees of the Lord. Thus, one who is eager to be freed from the bondage of material existence and is eager to relish transcendental nectar should, under the guidance of a bona-fide representative of Sukadev Goswami, study Srimad Bhagwatam with great faith and attention.