How do I use an Xbox controller on a PS4? 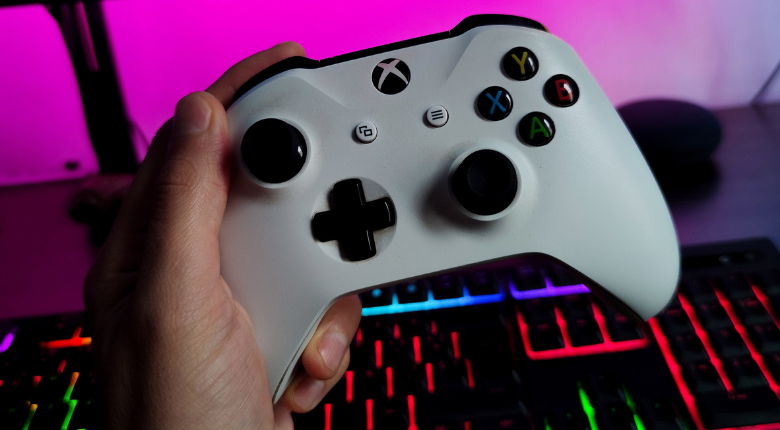 Gamers are still trying to find out which gaming console is better for their incredible gaming experience, Xbox or PS series. But we all know it is an endless debate because it all comes down to one’s personal preferences and comfort.

However, those who love the ergonomic shape and handling of the Xbox controller do want to experience the popular games of the PS4 console.

The step-by-step guide of multiple methods will allow you to connect these two devices for a captivating gaming session. Here is site Controller Test to check your controller working or not.

Here is how you can play with an Xbox controller on PS4.

Can you connect an Xbox controller to a PS4?

Yes, you can use an Xbox controller on ps4; although they are non-identical gaming consoles with specific sets of controllers, the Xbox controller has a secret feature that makes it compatible with PS4.

How to connect the Xbox controller to PS4?

A few recommended methods are mentioned below that will guide you on how to connect Xbox Controller to PS4. Follow these steps to make your gaming on PS4 exceptional.

Let’s go through these methods one by one:

How to set up a remote play on windows?

By offering the version of Remote Play for PS4, Sony has opened the opportunities for gamers to play their favorite games on their Windows PC, Android, or even iOS devices.

The PS4 Remote Play allows you to pair your Xbox controller and any Windows-compatible controller, but you will need to follow the following process:

1. First of all, download the PlayStation 4 Remote Play app on your PC.

2. Install the downloaded file in the drive.

3. Open your PlayStation 4 console and go into the settings.

Before pairing the PS4 and setting it up for remote play, you need to activate your PS4 console as the Primary Console on your profile. Therefore:

6. Choose the “Activate as your Primary PS4” option and click Activate to confirm.

At the end of this process, you will finally be able to pair up your PlayStation 4 with the PC and turn on the console right away from the PC.

8. Start searching for your PS4; the app will pick up your PS4 automatically and pair up.

9. You can adjust video quality and framerate from the settings as well.

10. If the automatic finding system fails, you can go to the Connection Settings and use the Add Device

Instructions will be displayed for the complete pairing process as well A fast and stable internet connection can ensure smooth play of games and successful pair up of PS4 console with PC.

Once you have efficiently completed the PS4 Remote Play setup on your PC, you should be able to pair up the Xbox controller in no time.

But first, download the ViGEm (Virtual Gamepad Emulation Framework) and VDX. The ViGEm driver helps the windows to match a gamepad device, and VDX plays the role of translator for the Xbox Controller. Just follow these steps:

1. Download ViGEm and the VDX app is easily available on internet.

2. Extract the VDX setup from the downloaded folder.

3. Pair up your controller with the PC as per convenience.

4. Open the VDX app; when the Xbox controller is connected to your PC, the current state of player 1 will be turned to “connected”.

5. To run it on PlayStation 4 Remote Play, simply change the emulation type to DualShock 4 controller.

6. Select the “Connect” button under the Action Column

7. Once you run the PS4 Remote app, it will recognize your Xbox controller for the PS4 console.

With this process, you can connect Xbox Controller to your PS4 and find it working perfectly well.

2. Use Xbox controller on PS4 via gam3gear brook

If, for any reason, you are trying to use your favorite Xbox controller with the PS4 and are curious if it’s compatible or not. Well, the answer is Yes, it is.

The most functional way to use the Xbox Controller for PS4 is through a converter. It can make controllers doable with different or new consoles.

1. The Gam3Gear Brook USB stick is easy to plug into one of the PS4’s USB ports.

2. The LED on the USB will turn on, indicating it is ready to be paired.

3. Connect the one end of the wire with the Xbox Controller.

4. And stick the other end in USB.

5. The controller will vibrate, showing it is good to go.

Your ergonomic and comfortable controller is connected to the PS4 console. The console recognizes the controller, but it will be wired, and you can’t get rid of the cables.

However, you can use a longer and quality cable to enjoy the gaming from a distance. The single Brook only supports one connection and handles one controller at a time.

Button remap setting is available to assign the buttons’ functions for a friendly gaming session.

The Magic S Pro controller adapter supports wired and wireless connections for most gaming controllers and modern gaming consoles. It is pairing with PS4 is phenomenal and requires simple steps to set up.

To connect the Xbox controller wirelessly:

1. Turn on the gaming setup

2. Plug the Magic S Pro into the PS4 console

3. Press & hold the button on the side of the adapter for 3-5 seconds till the LED blinks

4. Now press the X button on the controller to sync the Xbox controller with the PS4 console wirelessly.

5. The LED indicator will light up for confirmation

6. The controller is ready to use wirelessly.

To connect the Xbox controller through the wire:

1. Connect the controller and Magic S Pro through a wire

2. Plug the Magic S pro into the USB ports of the PS4 console.

3. The connector will automatically identify the PlayStation and perfectly establish the connection between the controller and console.

4. Press the Xbox button from the controller to put the device in pairing mode.

5. After a few seconds, it would be ready to use.

The Magic S Pro works brilliantly with Xbox controllers and PS4; you can be free from wire connections and enjoy thrilling games with your preferred controller.

I am sure we have answered all the queries regarding How to connect the Xbox controller to PS4. You can follow the methods mentioned above without any hesitation to combine the controller and gaming console of two different versions for an amazing experience.