Padmaavat was a 2018 blockbuster hit. The story dated back in the 13th-14th century about the brave Rajput queen Rani Padmini also known as Rani Padmavati. Even today Rani Padmavati is praised as a goddess especially among the Rajput tradition who came on to save everyone against the Mughal king Alauddin who considered Padmavati as an object and wanted her at any cost.

She performed the jauhar (jumped into the fire) along with all the other women of Mewar and hence defeated the Mughal ruler. The film portrays the Rajput culture so beautifully that even those who were not aware of it started respecting the culture. And when it comes to the roles played, the excellent acting of Deepika Padukone left the audience astonished.

No one else would have been able to play the role first as the princess of Singhal (present day Sri-Lanka) and then as the great queen of Mewar the way she did. Everything in the film about the Rajasthani culture has been portrayed so beautifully be it the lavish palaces, kings, queens, the Rajput tradition and their principles left everyone amazed.

And when it comes to the jewellery the rajasthani tradition was once again brought back in trend with the movie. Below are a few rajasthani jewellery worn by Deepika in the film which should be known: 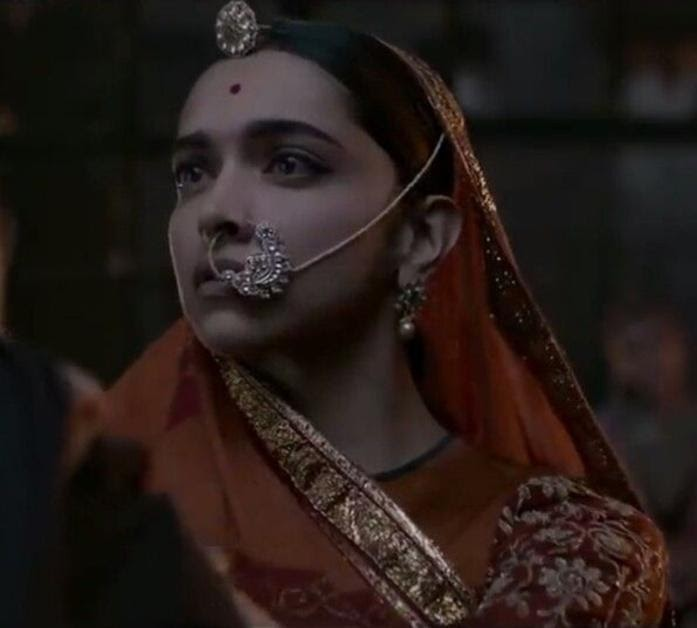 In this look Deepika is simply dressed in an orange lehenga. Along with that she is wearing the traditional nathni (nose pin), borla (maang tikka) and simple earrings. The nath is the most symbolic and visible ornament for a woman. It is also related to a woman’s honor. The borla (bor) or the traditional maang tikka is placed in the middle of the forehead. It is an essential ornament for a Rajasthani woman and is worn by her daily after her marriage. It complements the best with the traditional dress of rajasthan.

In this look Deepika has marvelously dressed in lehenga traditional Rajasthani jewellery. Here she is wearing a beautiful borla, sir maang, nath, haar and jhumkas. The sir maang is a traditional ornament worn on the side parting of the hair. It enhances the beauty of a woman even more. The neck region of Rajasthani women is always heavily ornamented like in this one. Deepika is wearing a beautiful haar with golden and pearl beads. And then comes her heavy jhumkas. These are back again in trend especially among the youngsters. They simply love to complete their Indian looks with heavy jhumkas or team them up with their Indo-western looks. 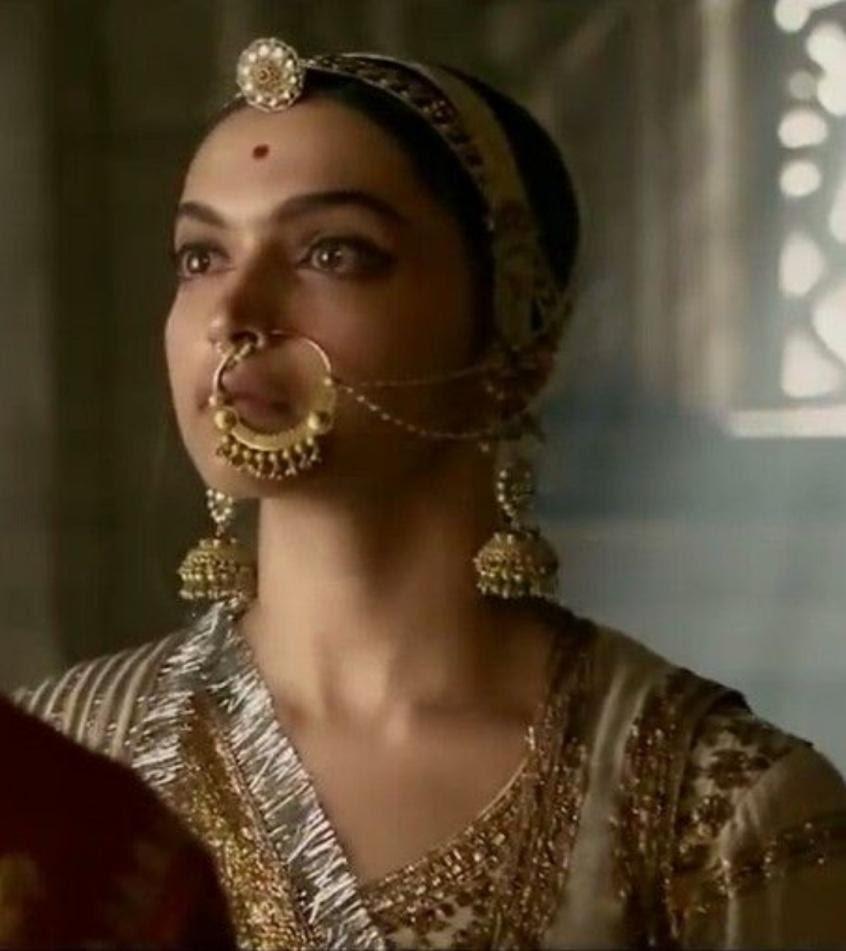 In this look Deepika is wearing a nath, jhumkas, borla and sir maang. Here though she is the queen still she is dressed up as a casual yet traditional Rajasthani with no neck jewellery.  The Rajasthani women prefer to dress up like this with no neck jewellery on a routine basis. These accessories are mostly made by the local residents but now are available everywhere and can be purchased by anyone through online shopping. Be it the precious rajasthani jewellery or the fashion Rajasthan jewellery. 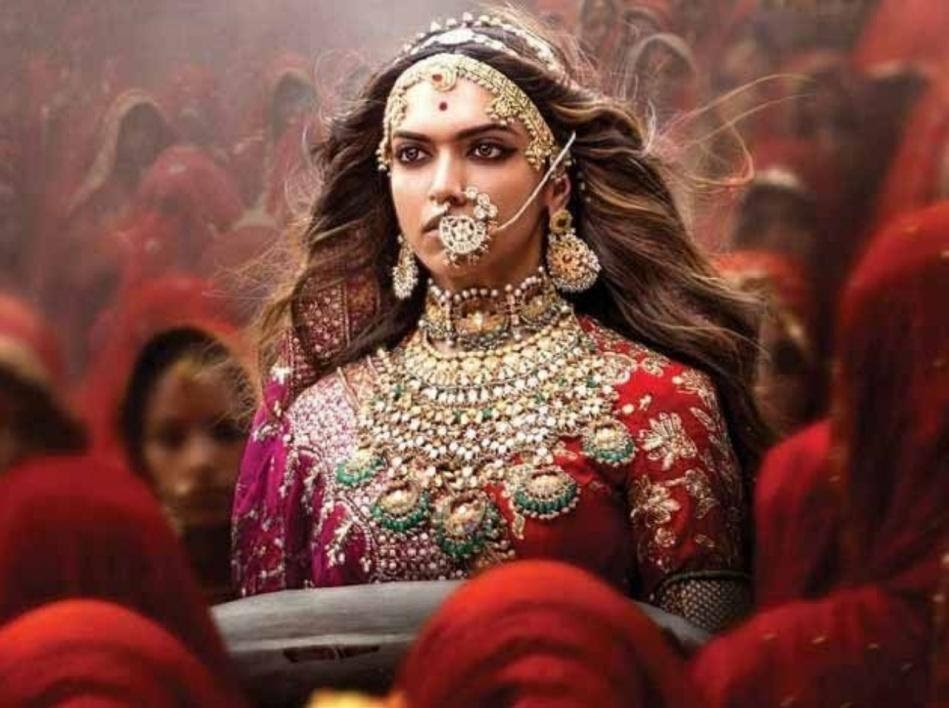 In this look Deepika is dressed up as a traditional Rajput queen. She is wearing a red lehenga along with the traditional nath, jhumkas, borla, sir maang, aadh, rings, choora, toe rings and payal just the way a traditional rajasthani woman adorns herself from forehead to her toes so as Deepika did for this look. This traditional look is preferred by most of the brides these days as the rajasthani jewellery adds to the beauty of the bride.