Reasons to know: Why Yoga and Meditation are two sides of a coin? 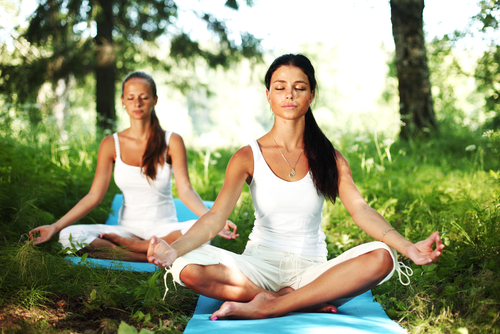 Yoga is a very ancient practice that originated in India. The sages and yogis of India 5,000 years ago devised a practice that they believed was a path to enlightenment and a deeper spiritual existence of mankind. They detached themselves from all materialistic man-made bonds such as family, relations, behaviours, personality, title, positions in society and possessions; and this brought them closer to become ready for the yogic journey they were embarking on.

To reach that spiritual self, one had to devote their life to rigorous physical and mental practices. These practices were very crucial to reach one’s spirituality. Once the capabilities and the powers of the physical body and the mental existence reached its finest form; they were united to each other with the element of breath and this would lead to spiritual awakening. Yoga came up as a practice to help yogis reach a state of enlightenment and spirituality.

One without the other would be an incomplete way to practice yoga. The union which is the desired result of a yoga session would not occur if one were to just practice Asanas and not practice mediation of mindfulness and vice a versa.

As yoga reached the international audience, it underwent a few changes and more addition in terms of ways and knowledge that goes into the research of yoga. And as 15000 yoga enthusiasts join the world yoga association each year, the knowledge of yoga is spreading at a rapid speed.

But here’s reason to understand why yoga and meditation are two sides of the same coin.

Meditation is one of the eight pillars of yoga :

Many may not know this, but there are eight limbs to the complete practice of yoga they are known as the Ashtanga. Ashtanga is a Sanskrit word that translates to Ashta meaning eight and Anga meaning limbs. The eight limbs are:

Meditation is the 7th limb of yoga and is called Dhyana. So, it is very essential to understand that meditation and yoga are not two different practices; rather meditation is one of the pillars that stand for the practice of yoga.

Meditation is the CPU of yoga:

Meditation is when you process information and work out the details in your mind. Meditation helps you observe and recall the faults or problems that you face while practicing Asanas. Asanas are the practice given to your physical form where as meditation is the practice to train your mind to become an efficiently functioning and a smoothly processing unit of the body that gathers and organizes information collected by the outward exposures of the physical form.

Within yoga you are expected to use this power of observation and fault correction while you are performing Asanas. The goal is to keep the mind agile even when not meditating and while practicing Asanas. This way, your body learns to use the mind wherever possible rather than looking for a noise-less space to concentrate. The amalgamation of the observance and the prowess of the physical body are done by the element of breath. When you find the synchronization and the rhythm that unites the body and the mind, you can be sure that you have started the journey of a yogi.