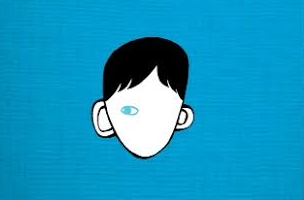 “I won’t describe what I look like, whatever you’re thinking it’s probably worse.”

I finished this book in tears, the happy kind. I am not usually the kind of person who would cry over a book. I can easily promise as soon as you finish this book, your heart will be extremely happy. My immediate reaction was to clench this book close to my heart and maybe absorb all of the love that it could radiate.

Wonder is an international bestselling fiction book. It is written by R.J. Palacio. She explores human emotions and how they behave. The book also gives you an insight on not only how they behave but also why they do so. Her writing style is very simple yet it is something not every writer can pull of, because stripping the truth bare naked is really hard. This book is hard to keep down. If you are looking for a story that makes you feel something and leaves an impact on you then this is a must read fiction book.

“I know I am not an ordinary ten-year-old boy”. This is how the story of a ten year old boy August Pullman began. He lives with his parents and his sister Via and a dog named daisy. He is much like every other kid but there’s something that differentiate his story from everyone else. August was born with a cleft lip and several craniofacial anomalies. “The only reason I’m not ordinary is that no one else sees me that way”.

Now although this book is categorized under children’s books, it teaches us values that we adults often tend to forget.

August deals with his craniofacial anomalies and the consequences it brings along. People stare at him for too long or pretend to not have seen him in the first place, either way Auggie knows that it’s because of his face. Children call him ridiculous names in the playground and thus he mostly dreads socializing. His parents are loving and really kind. To protect him from the harshness of the world they decide to not send him to a public school and home school him. His parents then decide that they cannot shield him for the rest of his life, so in fifth grade they decide on sending him to a public school. “I’ll be the only kid that looks like me”, he feared.

The writer dissects every character’s point of view very carefully. Brings out how they react and why they react to certain things. His sister, her boyfriend and few of her classmates have separate chapters dedicated to them, so that the reader could know where they are coming from. This makes it one of the must read fiction books.

His parents convince August to go see the new school. He meets his principal Mr. Tushman there, who introduces him to Jack, Julian and Charlotte. He thought Jack was a nice guy, Charlotte was miss goody two shoes and Julian was rude. He liked the school. The story then revolves around his life at a regular school.

If you are looking for good English novels to read then you must definitely include this one in your list. You learn a lot with August and from him. He struggles sometimes, when kids call him a monster or when the other parents decide on taking him out of the school because his face was not normal. He struggles when his dog daisy dies. He struggles to make friends in a new environment. The understanding that is borne out of his struggles and getting past it, is commendable. When I am feeling a little low this book is one of my top books to read.

“Wonder is the best kids’ book of the year”, said Emily Bazelon from slate.com

“Has the power to move hearts and change minds” – The guardian

“It’s well written, engaging, and so much fun to read that the pages almost turn themselves. More than that, Wonder touches the heart in the most life-affirming, unexpected ways, delivering in August Pullman a character whom readers will remember forever. Do yourself a favor and read this book- your life will be better for it”. –Nicholas Sparks

Wonder belongs to my personal list of best reads. Palacio understand kids really well. She gets how they talk, why they behave a certain way and how they can be bluntly honest and very mean and also really brave and kind. It is one of those popular books which has no fake hype around it.

The message that the book conveys is “When being the choice between being right and being kind. Choose kind.”

“If every person in this room made it a rule that wherever you are, whenever you can, you will try to act a little kinder than is necessary - the world really would be a better place. And if you do this, if you act just a little kinder than is necessary, someone else, somewhere, someday, may recognize in you, in every single one of you, the face of God.” This quote has stuck with me the most. Books like these can change the way you look at the world. How easy is to be ignorant, hurt others, create and enjoy destructive humor but what is hard is being compassionate, being empathetic, being kinder than necessary.

As we grow up we often tend to forget about the strength of our basic values and how they shape the human being they become. Even though wonder is a story book, the story was borne out of an incident that happened to her. Giving rise to one of the best fiction books of all time.

Palacio says she was inspired to write it by a chance encounter she had with a young girl while she was at an ice cream shop with her two sons.

“I realized that there was a little girl sitting directly next to me,” Palacio told “20/20.” “She had a very severe craniofacial difference, and I kind of panicked ‘cause my little boy started to cry hysterically.”

In her haste to protect the girl from her son’s reaction, Palacio said, she turned the stroller around and started quickly pushing it away.

“It was terrible, and I was so mad at myself for the way that I handled it,” Palacio said. “For the rest of the day, I just kept thinking about all the things I wished I’d said and done.”

Palacio started writing with the hope that her story could inspire parents and children alike.

“I just thought, ‘OK, I’m going to write a book, and it’s going to be about what it must be like to face a world every day that doesn’t know how to face you back,’” Palacio said.

She calls this book “a meditation on kindness”. Every reader can agree to that. She has beautifully described what the simple courage of friendship entails. No matter how many material things we buy or how brilliant our academic accomplishment become, “Greatness lies not in being strong, but in the right using of strength…He is the greatest whose strength carries up the most hearts.”

I would personally recommend if you are looking for a few good fiction book to read. You should definitely start with this one. Wonder has been on New York’s best seller fiction list and is adapted into a movie starring Julia Roberts, Owen Wilson and Jacob Tremblay.

More often than not we tend to build our judgments about others on the basis of how they appear. It takes a bigger heart to look beyond what you see. We are all striving to achieve something or the other what we should not forget our necessity to become a better human being. Wonder, is an exceptional story where kindness triumphs and no one loses.