A diary entry of a true friend 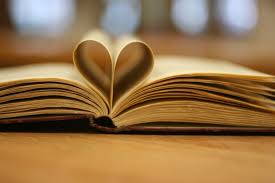 Today the heat is terrible. You can't stand a minute without the fan and on top of this there are frequent power cuts taking place today. I am quite irritated today and I hope that tomorrow will be better.

Today, in school,my best friend Avni did something I never imagined she could do. Avni had not completed her homework which was due on Monday and it was Thursday today. She knew that madam would come to class with her record book and when madam would call out her name in front of the entire class she would feel embarrassed. Hence, when all the teachers and students had gone down for the morning assembly, she went to the staff room and ticked her homework complete in the record book and came down to the assembly area. She came and sat near me and told me everything that she had done. I was unhappy with whatever she had done and I told her to go and confess her mistake to the teacher. She refused to do so. I thought of complaining to madam but I didn't want her to fall into trouble. But when she did not listen to me at all, I went to the teacher and told her everything. Madam called Avni and told her that her parents would be called the next day and would be told everything that she had done. She said sorry but all in vain. I was feeling bad for her. Avni was very angry with me. When she spoke to me, her tone expressed her anger and she said that she did not expect me to do such a thing and she felt that I am not a good friend of hers. This brought tears in my eyes. I simply wanted to make my friend realize that she was wrong. I hope that she realizes and forgives me.