The disturbing mentality of Indians which lead to rape cases 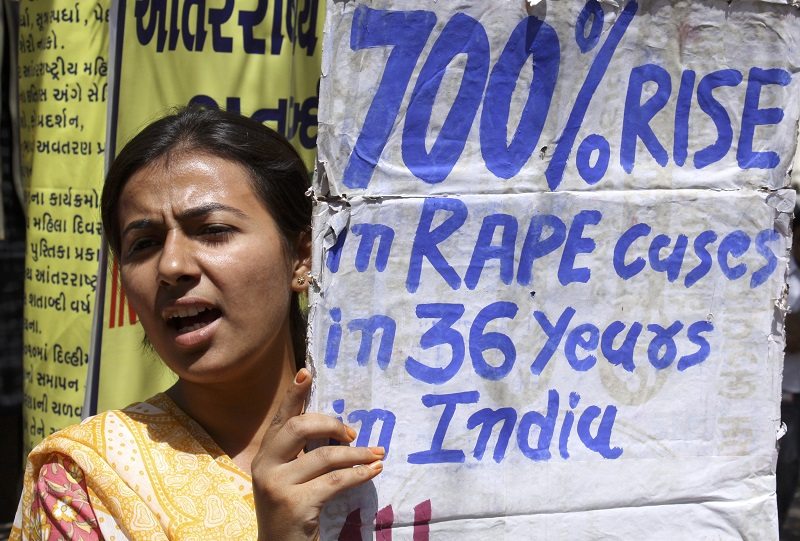 India is a home for 1.4 billion people and its growing and expanding day by day not from his population but through his richness and ongoing development also. Every beauty has it is in own darkness which is quite scary. Our symbol of love and respect is represented by the “Bharat Mata” which states the land of mother and respect towards the female gender. Respecting women is our top priority according to Indian Culture. However, from past few years, we have failed to protect that respect, love and the one who support us and stand next to us “Our Mother”. In this 21st century where everyone is busy in their development and collecting resources for their future, few of us are suffering from the great cause.

Female gender is the most significant one in the human era without them we are nothing but especially boys. Nowadays everyone is saving their back to write on this issue, the actual reality and real face of the 5th largest economy of the world “India”. I am a boy, and I do not want to create an example of feminist while writing on this but I want to envisage a real image in your mind, and you can judge me at the end of this article by commenting on this. Well before we dig into this and start giving our opinions as we all are very judgemental especially when it comes to women. 😊

Well, we boys have lots of advantages, when we compare this with the most prominent gender of our society “Girls”. As a boy, I have a right to explore the streets late night. Can speed up my bike or car and can kill anyone. Can make fun of girls whether is offline or online but the situation changes when we say “Girls” privileges. This is what our society thinks. However, as a boy, it is my responsibility to save my opposite gender “XX- FEMALE”. A few years back when the entire world is ready to hit the Christmas bash, and we all are decorating our X-mas trees, planning our Christmas weekend then something horrible happened in the capital New Delhi. I hope you all are aware of Damini Rape Case, the darkest night of Indian History which broke the silence and everyone came together to fight against this cause.

On May 5, 2017, the Supreme Court of India espoused the death penalty for all four criminals of the December 16 rape and murder case that had heated Indian society.

The judgement was inevitable to be a preventive to possible prisoners. However, days later the verdict, a 20-year old woman was gang-raped besides murdered in Haryana’s Rohtak supposedly by her jilted lover and a friend. Yesterday, a 22-year-old lady from Sikkim was gang-raped in Gurgaon by three men, who far ahead pitched her out of the car, sendoff her to die in the mid of highway.

Here are some monstrous rape cases that happened within days of the Nirbhaya verdict, which displays that rapists have minimal regard for restrictions.

A 22-year-old Sikkim lady was gang-raped in a stirring car in Gurgaon and was later thrown out of the car. The woman was returning home when three men pulled her into the car and took tries to rape her while driving to Najafgarh, around 20 km from where they plucked her.

A 20-year old lady was gang-raped also murdered in Haryana’s Rohtak ostensibly by her jilted lover and a friend. The men later shattered her face by brick and slew her. A post-mortem steered on her body exhibited that her food pipe was absent and that numerous sharp objects had been interleaved in her private parts.

The men who later discarded her body in a farm was recovered in a harmed state after dogs had bitten off the lower part of her body.

A 10-year-old girl was found pregnant afterwards being continually raped by her stepfather in Haryana. The girl’s pregnancy was inveterate by the doctors who also augmented that the man had abused the girl of talking on it and has frequently beaten her.

The girl is presently in critical illness and the medical panel of PGIMS, Rohtak will decide on her illness today.

A 45-year-old school holder was detained for sexually abusing his daughter for the last seven years in Ghaziabad. The man had also recorded the acts where he would power himself upon her and would beat the daughter viciously if she countered him.

The man had also abused her with dire significances if she ever told anybody about their sexual affiliation. The mother of the girl is too identified to have been complicit with her husband in the delinquency.

A 21-month-old infant girl was raped by a 40-year-old man from her neighbourhood in Delhi’s Gandhi Nagar area. The man, an identifier to the girl’s father often permitted him to play with his baby. Though, on this specific day, finding the baby alone, the man raped her for hours until her father came home.

The baby got a move to a nearby hospital where the doctors alleged she was in a perilous state.

5-year-old girl deaf also the dumb girl was raped by a 24-year-old man in Varanasi. The man, who was sauntering at night, first strained to kidnap his neighbour (one more minor) who was napping with her mother. Incapable of sneaking her out, he started his search for another target.

On unearthing this 5-year-old asleep with her family in a hut, he clutched her and took her to a farmhouse where he raped her till morning. The ill-fated girl who could not erect an alarm was found in the morning in a pool of blood in the field. The girl is presently admitted in a hospital.

A lady in Ludhiana intoxicated her 16-year-old daughter so that her two other friends could take shots in raping her. Though the duo assaulted the girl for the last five months, they even got her 3-month foetus terminated at a private hospital a few weeks back.

The girl in her charge alleged that her mother did this as retaliation from her husband and her father who opposed her extramarital affair with a villager.

Her neighbour supposedly raped a 3-year-old girl in Delhi’s Anand Parbat area. Her 22-year-old neighbour snitched her into his house and raped her viciously. The girl’s parents jammed him red-handed during the turn while the girl was bleeding profusely from her private parts. She was later hurried to Lady Harding hospital for surgery.

This is not the end but just an instance of our society where few people misunderstood the girl and continually molest her. Well, as a reader its very easy to feel sorry for this but have you ever tried to stop this type stance. The answer we all know but remember if this keeps going and we did nothing about this then I assure the coming generation and generation that follow will face these extreme events or maybe few of them come as the victim.

Think about it! Raise your voice against rape