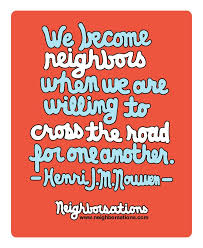 The summer of 2015 is still etched on my mind.It was mid june and  we had experienced a couple of showers.The weather being pleasant I decided to take my evening stroll.I enjoyed my evening stroll and a little tete-e-tete with a few society friends.While I was returning back,dusk fell the  roads being slippery I walked with caution.The pole light  and the common passage light of the society was out of order.My apartment being on the ground floor I was just about to enter the common passage when my eyes caught sight of a shiny,buff,colored speckled rope.I was about to step on it,when suddenly it moved and to my shock it was a feet long serpent.It suddenly vanished into the shrubbery but I was too scared and jangled the doorbell .Hearing the jangling sound my daughter opened it and was scared to see my chalk,white face.I was just screaming like a banshee when she asked me,what had frightened me.A few gulps of water and I told her the story.I was scared as I felt being on the ground floor the serpent might enter my house.I called my neighbours as my husband was away.I had phoned a few but on hearing my story they gave unsolicited advice but did not come as no one wanted any harm coming to their family.I called the society's security guards but they too took their sweet time to come.As night had fallen,the guards couldn't locate the serpent and told me to wait till morning.Their brusque attitude and the neighbours' indifference made me feel upset but then sense dawned and I felt God helps those who helped themselves.

Searching the net I located the forest authority number and apprised them of the situation.My apartment is surrounded by shrubbery and in the past too snakes had made their way into the ground floor apartments.Sometimes venomous snakes had intruded into our privacy and it had been a task to get them removed.But the forest authorities understood my predicament and gave me orders to keep my doors closed and not venture out,while they sent their team to locate the serpent.It was nearly dinner time,my daughter was busy with her home work while I tried to dish out food.She was composed and ate in peace while the food morsels stuck in my throat thinking of what could have befallen me,had i stepped on the serpent.True to their word their team came and combed the shrubbery,they asked me details about the colour and scales but in my fright I hadn't noticed.Due to the darkness their search was futile but assured me that morning they would come again.They asked me to spray Gamexene a pesticide on the balcony and front door and put buckets full of water on all sluices and water outlets.I did as they bid but sleep eluded me.I thought of Rikki Tikki Tavi,the brave mongoose from Rudyard Kipling's  Jungle Book,who fought bravely with the serpent and killed it.But I had no mongoose.At the crack of dawn I was up and tried to do my household chores but neighbours didn't bother to find out about my well being.

The forest department people landed early at my doorstep and started with their combing operation and they were met with success when they recovered the rascal from the nearby park where senior citizens were talking their morning walk and kids were playing.The serpent was camouflaged beneath some leaves,when they showed me ,I nodded in mute testimony while neighbours craned their heads from their balconies watching the action as if a magician was about to take out rabbits from his fedora.The venomous species was retrieved and taken and I gave a sigh of relief but was saddened with the neighbours indifference.