TEN X MURDERS FOR THE MIND 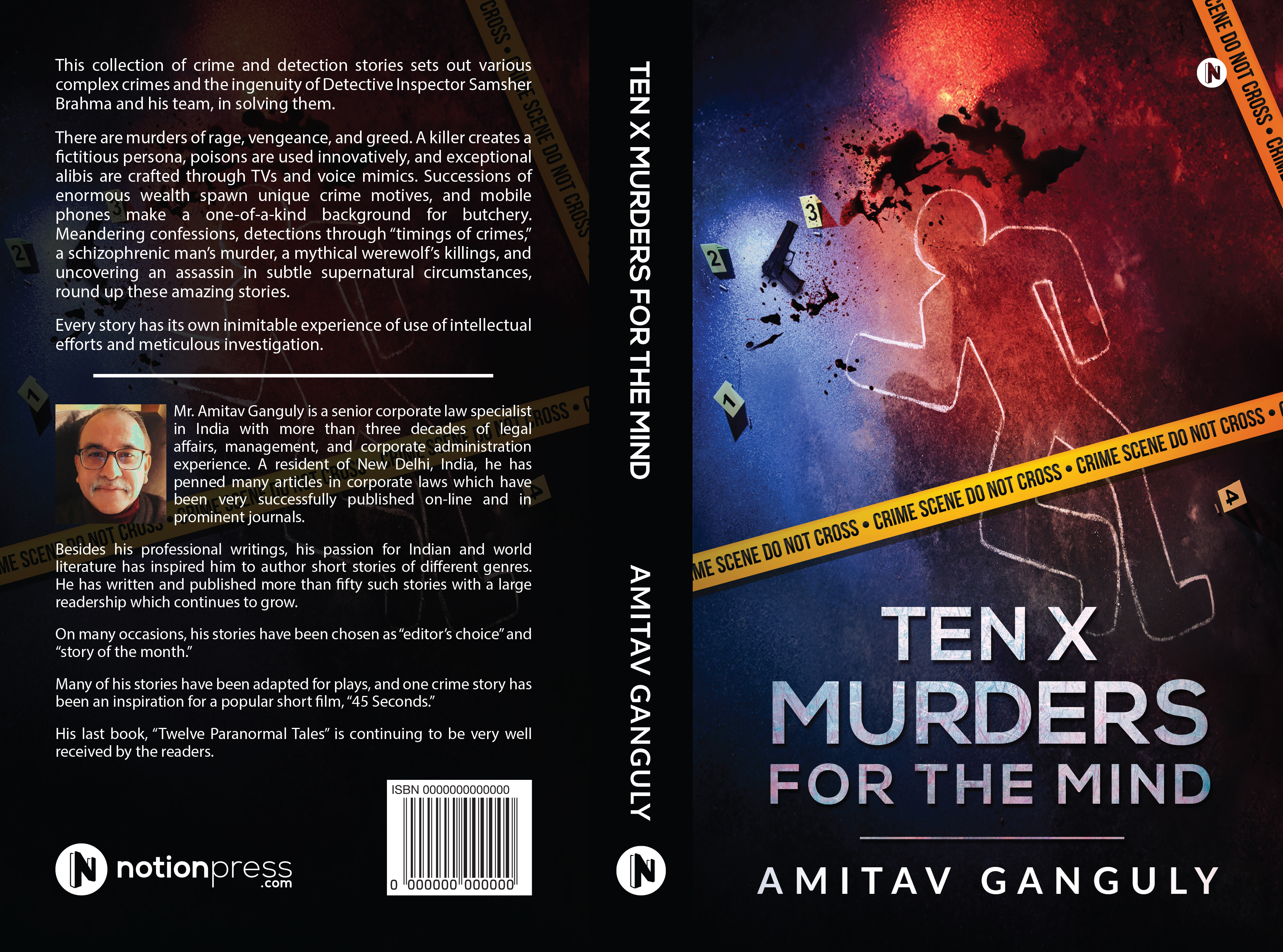 My new book on crimes and detections: TEN X MURDERS FOR THE MIND, has now been published!

This collection of ten stories sets out complex crimes and the ingenuity of Detective Inspector, Samsher Brahma and his Sub Inspector Ahmedi, who solve them with logic and the latest know-how.

Here is an overview of the mind-blowing stories:

FACELESSSLAUGHTERER: Where the killer creates a fictitious persona before the assassination.

SLAYER’S TIMINGS: Unusual alibi by voice mimic artist and crime detection through ‘timings of crimes’ are the USP here.

MODERN BLOODSHED: Where unique alibis are created by high-tech televisions to evade crime.

BEASTLY  MASSACRES: A legendary werewolf killer is going wild, but the detection is contemporary.

BRAIN HOMICIDE: A schizophrenic victim gets justice in a strange case.

The book can be purchased online via Amazon, Flipkart, and Notion Press.

You can buy the eBook as well: Amazon Kindle, Google Play, Kobo and iBooks.