A trip to Masinagudi : Amidst nature in the foothills of Nilgiris 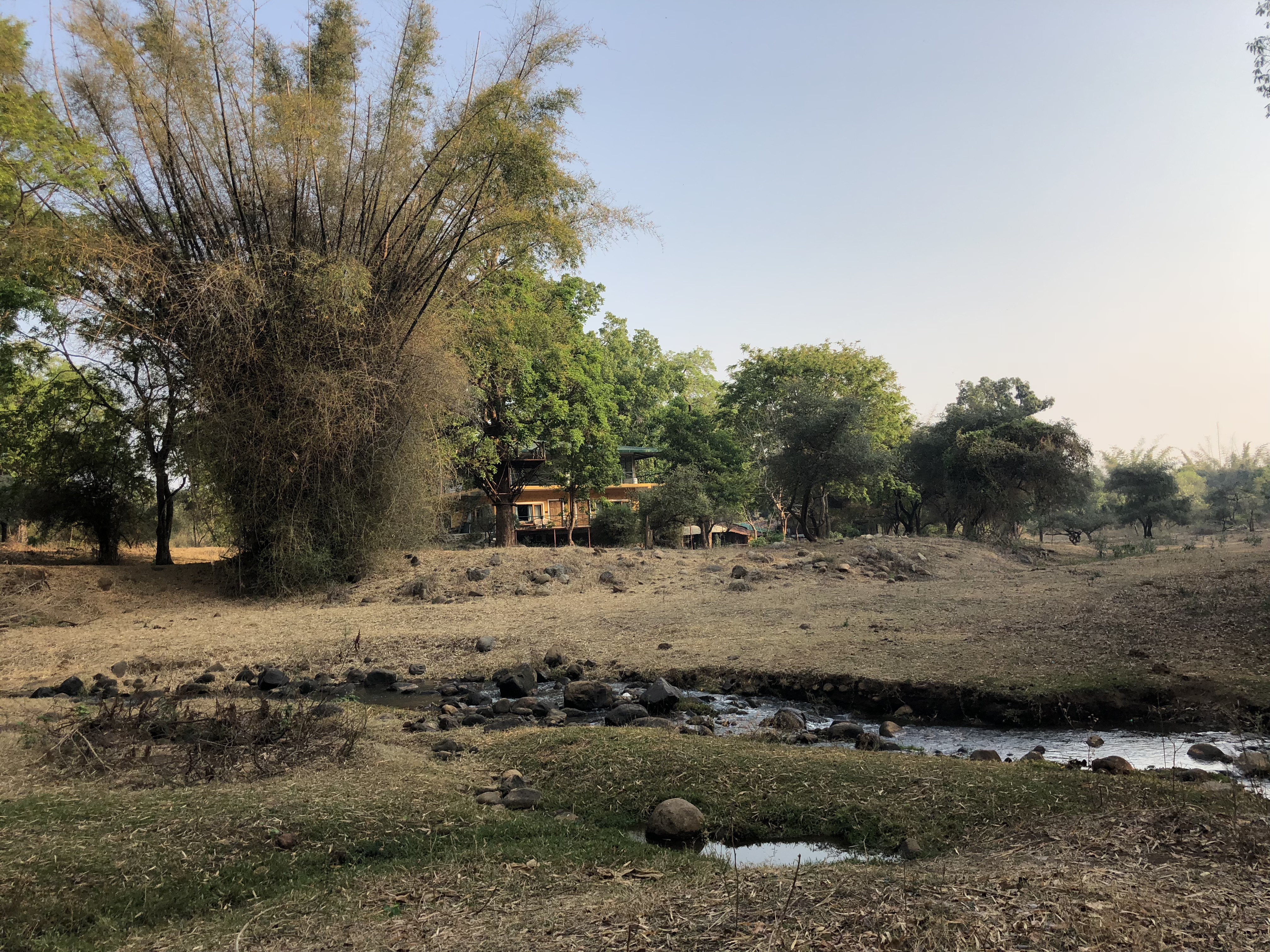 We had just finished our dinner and were in our room when we heard a knock on the door. It was the caretaker who had come to inform us about a guest whom we dearly wanted to see. So, immediately my wife and myself went to the reception area. And we were greeted by the guest - A big male tusker. Now, we had never seen a wild elephant from such close quarters and were spellbound.

Well, for those of you who are wondering the location of this scene, it was in the jungles of Masinagudi, Tamil Nadu. The place is in the Madumalai Tiger Reserve which neighbours the famous Bandipur Tiger Reserve. It is a heaven for wildlife enthusiasts.

Coming back to the elephant, I was a bit scared as my car was parked next to where he was standing. A slight push by the tusker would have meant doomsday for my car. But, thankfully it left without causing any damage. Mubeen, the owner of the Rolling Stones resort (where we were put up at) said that although elephant sighting was common in the surroundings, but it had probably never come so close inside.

“The jungle is dark but full of diamonds”

We felt honoured by this decision of the tusker to walk in just to say hello to us. Probably it had come in the hope of some food, which of course was provided. As we walked back to our room escorted by the caretaker (it isn’t safe to roam around in the jungle), we saw a group of more than 30 deers resting just outside our room. Seeing animals in a zoo is a different thing, but I can’t recall being so close to wild animals ever before in my life. This was a surreal experience. It is rightly said, “The jungle is dark but full of diamonds”. In order to get a better view, we flashed the torch. But we soon realised that we could be disturbing them, we immediately switched it off.

We observed one very strange thing which probably showed the unity among these animals. Before the tusker had come, we saw the deers moving around and getting around a tree. Our assumption was that we had disturbed them. But later on we realised that the deers had sensed the elephant coming and his shaking of the tree would result in fruits falling on the ground. And we think that only the human breed possesses the grey matter.

We had reached the place in the afternoon after a six hours drive from Bengaluru. The drive from Mysore (which comes on the way from Bengaluru) till Masinagudi is a delight due to the scenery and excellent road conditions. The first thing that struck me there was that it had no boundary walls. While it did seem a bit scary as it meant that the wild animals could come in anytime. But then that’s what we all hope for while visiting a tiger reserve. Isn’t it?

In the evening there was a group of peacock in front of our dinning area. In hindsight, I can say that this was the trailer to the movie in which we saw the deers and the tusker. Just before it turned dark, we took a short stroll around the stream of water which was flowing nearby. During dinner time, we were joined by Mubeen who told us many enchanting stories from his experiences in the wild. The wild insects provided good background music throughout the course of our meal. My wife also sighted something jumping from one tree to another, which later we were told was the flying squirrel. Post the sumptuous meal and rendezvous with the tusker, we decided to call it a day and slept off.

What if you wake up to the serene sight of the Nilgiris?

Although, I am generally a late starter in the morning, I had promised myself to get up early so that we could take a walk in the wild. As I woke up, the sight of the Nilgiris from my bed was enough to motivate me to get up. Soon, my wife and myself accompanied by the caretaker went a bit inside the jungle. We saw a tree which had dust all over the trunk apart from one small portion which seemed to be smooth. We learnt that elephants would have used this area to rub their body. Then we saw a cave which apparently was the home of a bear. After a certain point in the jungle, we were told to return citing safety concerns. So, we were back in the room and post breakfast were ready to bid goodbye to this fabulous place in the foothills of the Nilgiris.

“The jungle speaks to me because I know how to listen”

As I think about the jungle now, I wonder that in today’s age when we check our mobile every now and then; a day without any of the usual gadgets was a blessing in disguise. The jungle had no wifi, no cellular data, no television sets; but still had everything that has unfortunately been lost in our quest for city life. We never felt the need of any of the gadgets which are normally part & parcel of our daily routine. My wife said that it was tech-detoxification. Whatever you may call it, but one day in the lap of the nature and we made a promise to come back. Maybe someday we could also say like Rudyard Kipling, “The jungle speaks to me because I know how to listen”.