Pyramids and its Mysteries 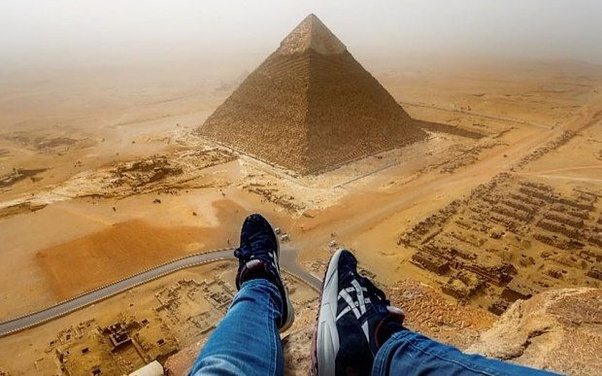 Pyramids are no doubt mankind’s greatest constructions. For centuries, scholars and researchers have discussed and debated the importance and purpose of these great archaeological structures. What is more surprising is the fact these have stood the test of time and are still going strong. But the question that baffles most researchers is the reason as to why the ancient man built these giant structures and what effect and importance do these constructions had on the lives of those men?

The pyramids are present all over the globe. Extending from South America to Asia, these have spanned the entire globe. One can witness pyramids of various size and dimensions while moving from one continent to another. Since eons, pyramids have carried an eerie feeling with them, with a sense of mystery to be unfolded. In addition to all the enigmatic insights that a pyramid offers, people often mull over the similarities each pyramid shares with other, being separated by millions of miles from each other. Below are some famous pyramids that offer some puzzling questions which the researchers are trying to untangle since decades.

The Great Pyramid of Giza –

The Great Pyramid of Giza in Egypt is believed to be the last remaining seven wonders of the world. History has it that this pyramid was built for keeping the elite of that era inside the pyramid after their death. But the exploration of the pyramid has not shown any evidence of any mummy been kept inside it, anytime. The Egyptian mummies that were actually found had traces of nicotine and cocaine inside their bodies, which points to their culture and recreational pursuits. However, with more curiosity being developed to discover about the ancient Egyptian era, the Egyptian government has limited the excavations in a bid to protect its borders and preserve its sovereignty.

Well, China is also on the list to protect its historical monuments. Southwest of Xian, lies in a prohibited area containing 16 monuments. Visitors visiting this area are not allowed to click any pictures. The last picture that was taken was in 1947 by a man named Maurice Sheenan from the air on a flight. America posted a lengthy article about this discovery in China to which the latter aggressively refused and thwarted all attempts to let other countries discover its hidden structures. But as years have passed, China has confirmed the presence of such monuments but have still not revealed as to why were they trying to cover it in the first place?

While one would naturally think as Egypt being the hub of the pyramids, but Sudan takes this position from Egypt. Sudan has a whopping of 255 pyramids, predominantly Nubian Pyramids. Nubian people were an advanced civilization that occupied Egypt before leaving Sudan. Some believe that they stole the pyramid building architecture from the Egyptians with the sun at the top of the pyramid signifying the elite class. During the further years, some researchers found wearable jewelry and some artifacts in the tombs underneath the pyramids. But till date, nothing can be proven sure shot.

Popularly known by the epithet, ‘Snow Pyramids’, these pyramids have come a long way since their discovery in the early 20th century. Researchers and scientists studying the formations of these pyramids have not been able to conclude whether these pyramids were man-made or were a result of nature’s glacial layers. But various theories have come up that try to answer the existence of these pyramids in Antarctica. Some experts believe that these pyramids were a home to people as temperatures were much extreme some decades ago than they are today. Others refute this theory and have credence in an alternative one that says that says it was a signal for the lost people of Antarctica to find their way forward. Time will only tell which theory is correct and why?

Many people believe that pyramids are a thing of the past, but modern day pyramids do exist in this neoteric world. Edmonton, the capital of Canada’s Alberta province has a phenomenal sight to see the modern-day pyramids. At the top of Edmonton’s city hall, there’s a glass pyramid that changes color every few months. The exact reason for this color change is not yet known. Also, the presence of two pyramids at the entrance of the well-known MacEwan University is not known which is less than 10 km from the city hall.

While this planet is entangled in a web of mysteries, the enigmas of the pyramids have baffled mankind the most through its intriguing designs and striking features cloaked in darkness.