INCIDENTS WHERE TEACHERS WERE HELPED BY THEIR STUDENTS 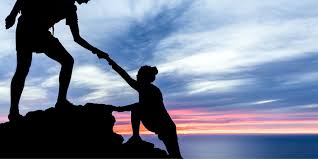 This incident occurred in  a co-educational private school.The teacher taught Biology to students of 11th and 12th.She had been teaching for years in the school and had developed a good rapport with her students.They adored her and loved her teaching style.This took place when students of class 12 th were about to appear for their boards in 2015.The students wanted to discuss their subject problems with her and while discussing she suddenly collapsed.The students rushed to the principal and soon she was hospitalized.They were worried for their favorite teacher. They went regularly to the hospital to find out about her welfare.Soon the bad news reached their ears,their teacher was suffering from kidney failure.They were heart broken.She needed an organ donor to help her out. She was put on dialysis.The students created a face book page to help out their teacher.Soon their prayers were answered when an ex-student decided to donate his kidney.The match-making was perfect and the student saved his teacher's life.She became indebted to him.

This incident took place in a remote village of Kerala.She had been a teacher of a government school and had retired some time back.She had been loved by one and all for her self-esteem and integrity.She had taught her students to stand for themselves and help people in problems.These teachings had been imbued in her students.One of her students had risen to a high post and was going to Bangalore for a meeting.On the Kerala station she witnessed something unusual.An old lady was begging for food and after accepting the alms, she ate the food with dignity unlike a beggar.Although she had an unkempt appearance and wore tattered clothes, yet it looked she belonged to a good family.This lady went and spoke to the old woman but she hardly responded.The nearby people said she was mentally deranged. But the lady did not believe  and somehow coaxed her for details about her family.Soon she came to know the old lady had been abandoned by her husband and son.The lady recognized her old teacher and decided to help.She put the old lady's photo on social media and asked for help.Several students recognized her and came forward to aid her out.They provided financial help and got her admitted in a old age home.They were aghast to see their teacher's plight.The teacher wasn't mentally deranged but depression had caused her to lose her memory.She was happy to be recognized and blessed her students.