How does Meditation Help to Boost Your Brain Power? 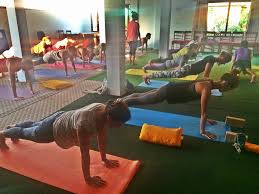 Meditation boosts and enhances the way one experiences their day. Not only does meditation enhance your perception, it helps you enhance the way you perceive your entire day, along with keeping you more alert about your surroundings in a positive way. Meditation is also known to enhance one’s sense of empathy.

Did You Know That Buddhists monks (Lamas) have to go through an intensive meditation session to achieve the title of a Rimpoche (head Lama)? The meditation session has to be done by themselves where they have to isolate themselves from the entire world and stay in a meditative state of being for more than 3-4 Years! During this phase, Lamas have to practice to gain peace and control their own consciousness for as long as they can and this practice goes on for years. This practice is called “GUFA BASNU” (to stay in a cave) to commemorate the meditative state of being that the Lord Buddha had to stay in order to achieve enlightenment.

But how does meditation boost one’s brain power?

Life transforming changes are experienced when one is able to reach this level of “full brain access” when the whole brain is in synchronization. Meditation helps this synchronization which leads to better IQ, intelligence, and creativity and productivity.

The two hemispheres of your brain are integrated with the practice of meditation.

The traits of your left brain are as follows:

The traits of your right brain are as follows:

With meditation, these two hemispheres of the brain and their traits learn to co-exist freely and function with co-ordination in a more amalgamated manner.

The 21st century has given us humans enough reasons to experience chaos and undergo loss of focus and concentrate. Meditation is a practice to bring our controls back into our own hands. The focus of meditation is not to empty the mind but to find ways to be at peace with your own thoughts; and in the process evolving these thoughts.